Chanukah Songs on 40th and 7th 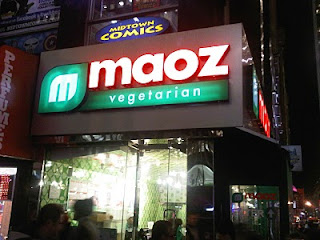 I wonder if one would find, if he did a statistical study, that more Chanukah songs are song by people as they walk past the intersection pictured above than at any other intersection in the city?
Posted by DixieYid (يهودي جنوبي) at 6:55 PM 1 comment: 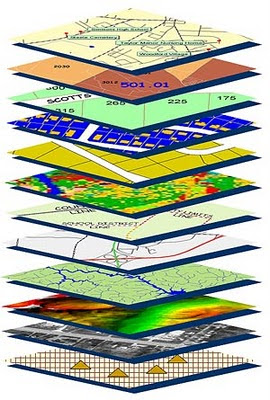 Here is the next part in a series of articles on stories from the Zohar by Rabbi Yaakov Feldman. You can find the first article HERE.

The Book of Radiance: Tales from the Zohar
By Rabbi Yaakov Feldman

How rich and effulgent with spices it must have been, the garden that King Solomon used to meander about and gather roses from (see Song of Songs 6:2). And one can only imagine how copious in texture and color his nut-garden must have been, too (see Ibid. 6:11). In any event, the Zohar tells us that one day Solomon “set out to penetrate the depths of the nut … so he took hold of one by its shell and began to contemplate its different layers” right there in the garden. He came to realize that “just as the nut itself is surrounded by many shells, so too is the world, with shells both above and below. For, from the beginning of the mystery of the Heavenly Point (all the way up, all the way) down to the lowest of degrees, each thing is subsumed in every other thing, and each serves as a shell to the other” (Zohar 1, 19b).

That’s to say that Solomon came to understand that each and every thing is encased in something else, which is encased in yet some other thing; and that the whole functions as a sort of puzzle within a puzzle which we often can’t solve. For, most of us stumble about and soldier-on doing what we must, never quite sure what’s overhead and what’s within.

We’re told for example that though he was a prophet and privy to all sorts of revelations, Ezekiel saw “a tempest coming from the north, (along with) a huge cloud and a flaming fire with a brightness over-covering it; and from its midst was like the color of the Chashmal (an untranslatable term) from the midst of the fire” (Ezekiel 1:4), one within the other. The Kabbalists tell us that that’s an esoteric depiction of the layers of our being, but at the time Ezekiel was so thunderstruck by the complexity of it all that he didn’t quite grasp what he’d seen for the moment.

Well, touching on this same theme (and we’ll see exactly how so later on), the Zohar presents us with a tale in which it’s recorded that Rabbi Yehudah was walking with Rabbi Abba when Rabbi Yehudah asked the following: “If G-d knew that Adam was destined to sin in His presence (by eating from the Tree of Knowledge) and that G-d would sentence him to death, then why did G-d (bother to) create Him?” (Zohar 3, 159 a-b). Good point!

Thinking Rabbi Yehudah had tread upon ground he shouldn’t have (understand that Rabbi Yehudah was a younger disciple at that point), Rabbi Abba rebuked him and said, “What need do you have to know the ways and decrees of your Master?” After all, he went on, “You can question what you’re permitted to question…”, but “you can’t question G-d’s ways and the supernal secrets that He has hidden away!”

But apparently that didn’t sit quite right with Rabbi Yehudah. In point of fact, he wasn’t the only sage to have wished to have the Great Curtains of Heaven opened for him but couldn’t. After all, none other than Moshe once asked G-d to grant him insight into His governance of the world but he received only an arcane answer (Menachot 29b).

It only stands to reason that Rabbi Abba would have been reticent to disclose a secret to him, though; for weren’t we warned that “the secret things belong to G-d our L-rd” (Deuteronomy 29:29) and not us? And isn’t it said in Sefer Yetzirah that when it comes to certain things that we’re to “stop (our) mouth from speaking and (our) heart from thinking” about them, and that if our heart “runs” there because we want to delve into it, that we’re to “return to the place” -- the subject at hand -- only intermittently and warily (1:8)?

And haven’t we also been cautioned not to “seek things that are too hard for you (to decipher), and not (to) search for things that are hidden (from you), and (only) to think about things you have been permitted to; (for) you have no business with secret things” (Chaggiga 13a)? Nonetheless, sometimes the soul yearns to know and the heart can’t live without insight, and that was apparently true of Rabbi Yehudah.

But Rabbi Abba continued to discourage him. “Who can know and grasp G-d’s hidden thoughts?” he remonstrated him. “Common people (like us) haven’t permission to speak of concealed things”; only people like “the Holy Luminary”, Rabbi Shimon Bar Yochei do, not us, he went on to say.

Nevertheless it seems that something had him change his mind. We don’t know what did it -- whether Rabbi Abba suddenly came to see that the younger Rabbi could be trusted with the secret; whether the mention of Rabbi Shimon Bar Yochei evoked his presence, and Rabbi Shimon himself allowed Rabbi Abba to go on, or something else -- but Rabbi Abba suddenly went on to reveal the following to Rabbi Yehudah and to us as well, his onlookers. It’s based on the famous verse, “And G-d created man in His image, in the image of G-d did He create him” (Genesis 1:27) and it too speaks about our inner and outer layers, and of how interlaced they are.

“The Holy One, blessed be He, is hidden in the midst of three worlds”, he said quite curiously. “The first one is very lofty, it’s the most secret of them all… and it’s only known to Him, as He’s concealed in it. The second, which is connected to the first, is the one in which G-d can be known …. And the third, which is the lowest, is the world in which… the angels dwell, and where G-d Himself is (both) there and not there.” That means to say that “while He’s there now” to be sure, “He nonetheless leaves it once you start to reflect upon and grasp Him” and He escapes your grip.

Thus, if you want to find G-d you’d need to pass through three separate layers, one deeper than the next: first, past how He presents Himself in this world, where He’s knowable to us on some levels but not on others; second, past how He is when He dwells up high where He’s knowable to sages and prophets; and third, deep within the highest level, where He’s only known to Himself. The point is that all three levels are intertwined, to be sure, but finding G-d anywhere along the line is still and all a challenge.

Now, man, who is created in G-d’s image as we’d learned, is like that too; and this is Rabbi Abba’s point as well. For, man also occupies three “worlds”, if you will. The first is the one in which he is at once both “there and not there” -- that’s his physical existence, where he’s most manifest but where he doesn’t really belong at bottom. His “second world” which is “connected to the supernal worlds, is man’s (experience of the) … Garden of Eden” after he passes through this world. And his “third world” which is “supernal, mysterious, concealed, and hidden” is also “incomprehensible”, because it’s even beyond The Garden of Eden.

His point here is to illustrate that “all (below) is as it is above”, in that we too have our inner and outer realms, which are also intertwined. Thus, if you want to understand man you’d also need to pass through three separate layers, one deeper than the next: first, past how he presents himself in this world; second, past how he is when he dwells in the Garden of Eden after his passing; and third, deep within his being, where man’s essence is “supernal, mysterious, concealed, hidden” and “incomprehensible”. For uncovering one’s own makeup is also a challenge, since we too are comprised of layer upon layer of being over-covering our essence.

Having touched upon the Afterlife, and bringing the conversation back to where it had started (when Rabbi Yehudah asked why man must die), Rabbi Abba then makes the point that just as we were created in G-d’s image and thus are comprised of various layers of being, we’re likewise worthy of “a supernal inheritance” from our Father, immortality. For man “will never be annihilated but will enjoy (residence in) goodly, supernal, and precious worlds” after death, he assures us. In other words, Rabbi Abba is telling Rabbi Yehudah that though death is inevitable and daunting, it’s nevertheless purposeful and beneficial.

So we’re to “rejoice when the righteous depart from this world” rather than mourn. For the truth be known, “had man not sinned, he would never have tasted death”; but since he did, we must all “taste death before (we) enter the other worlds” we’d cited above. And on some level life and death are intertwined, too; as everything lies within everything else like shells upon shells.

Picture courtesy of techlines.ky.gov. Click here to get Dixie Yid in your e-mail Inbox or here to subscribe in Google Reader.
Posted by DixieYid (يهودي جنوبي) at 5:34 PM No comments:

Help Win a Sheitel for a Woman who is an Agunah

My wife asked me, as a chessed opportunity, to post the following:

If you have a Facebook account you can do something that will help a fellow Jew, and it will take literally 10 seconds max!

An organization called Yaldeinu is running a contest where they are giving away a free sheitle (donated by Chaya's Precuts). There is a woman who has been an aguna for 8 years who runs her family solo. She works from early in the morning to late at night. My friend knows her and she can only afford a synthetic sheitle. Please help her win the free sheitle so she can feel like a mentch in a human hair sheitle
Like the following two links:

That is it! you are done!

If you know anyone who can help out also, please let them know. 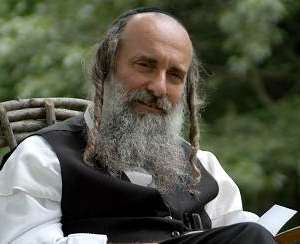 On Wed Jan 19th at 8:30 pm in the home of Zahava and Seth Farbman (354 Eastwood Rd., Woodmere), there will be an uplifting TuBshvat celebration. Rabbi Lazer Brody, of Garden of Emuna and other inspiring books, will be speaking and Eitan Katz will be singing.

There is no charge, this is not a fundraiser.

Men and women are invited.

If anyone would like to speak to Rav Brody privately please email ZahavaF (at) aol.com and an appointement will be made.

Click here to get Dixie Yid in your e-mail Inbox or here to subscribe in Google Reader.
Posted by DixieYid (يهودي جنوبي) at 12:29 PM No comments: