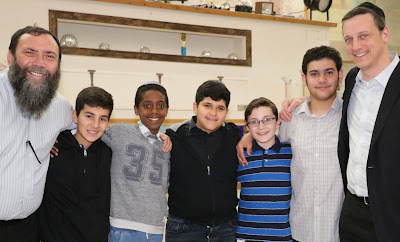 On Friday morning Mar. 2, we went horseback riding on the beach in Netanya (again, pictures in the top video), which was beautiful! Then we headed to Yerushalayim where we spent Shabbos and had our meals on at the Prima Palace hotel, just off of Rechov Yafo. We had a meaningful Shabbos afternoon davening at the Kosel. After Shabbos, we sadly said goodbye to our daughter (though IY”H she is coming home for Pesach soon) and to Yerushalayim. Looking forward to next time!
Posted by DixieYid (يهودي جنوبي) at 9:51 PM No comments: