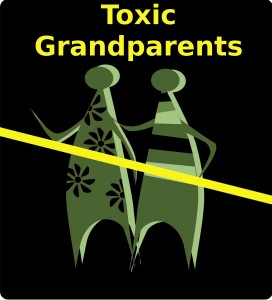 In recent years, I read Lavan's unhinged rant at Yaakov as the frustration of a narcissistic parent seething that he has been unable to manipulate Yaakov and his daughters into serving his own ends (Bereishis 31:43): "The daughters are my daughters, the sons are my sons, the flocks are my flocks, and everything that you have is mine!"

So I was surprised when, this year, I noticed that in parishas Vayechi, Yaakov himself says something that initially sounds similar to what Lavan said to him years earlier (Bereishis 48:5): "And now, the two sons born to you in Egypt... are mine, they shall be like Reuven and Shimon to me." While I am aware of the normal meaning ascribed to this passuk, it would be irresponsible not to notice the similarities (and differences) between Yaakov's words here and what Lavan said to him in parshas Vayeitze.

Reading the conversation between Yaakov and Yosef, however, the whole tone is one of love and an intent on Yaakov's part to give the same blessings to Yosef's sons that he gave to his own. Lavan, on the other hand, flew into a rage because of his inability to control Yaakov and his children.

After noticing Yaakov's words' superficial similarity to Lavan's diatribe, I revised my earlier thinking to one that is less black-and-white. After all, Chazal say on his words (Pirkei D'Rabi Eliezer 35), "Grandchildren are like children." Lavan was not wrong because it is always self-centered to consider one's grandchildren his or her own. Rather, like virtually everything else, there's a right way and a wrong way to do something.

May HaShem help us adopt an attitude of giving in all of our relationships, not asking what others should be doing, but rather what we can do to be helpful and of service to others!