Living Outside the Box - Blessings and Challenges 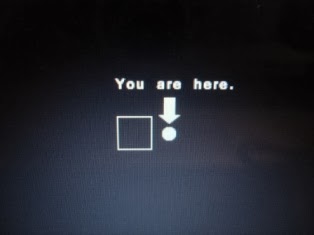 My oldest daughter goes to a local Bais Yaakov style high school. One night recently she asked me, "Are we modern orthodox or ultra-orthodox?" Before giving her any kind of answer, I asked her why she was asking.
She told me that her school was cooperating with a psychologist or PhD student by having all the students fill out a survey about certain issues. The questions were along the lines of: "Do you count your calories?" "Have you been on a diet in the last three months?" "Do you gorge yourself on food and then cause yourself to vomit?" The questions continued along those lines.


But the first question on the survey was whether the student identifies as "modern orthodox" or "ultra-orthodox." To my great pride, she told me that she had no clue what she should answer. And I don't think it's just because "ultra-orthodox" Jews don't use that label about themselves.
I asked her what she answered. She told me that she listened to how other girls said they were answering the question and filled in the same answer they did: "ultra-orthodox."
She then asked me, "So what are we really?" I told her that she had the right answer at the beginning by not ascribing any label to herself or our family. I told her that we are "just Jews" but that we share certain attributes usually ascribed to those who identify as "modern orthodox" and other attributes usually ascribed to those who identify as "ultra-orthodox" or "chareidi."
Some people have no label because they lack guidance and direction. Baruch Hashem, we have a Rebbe who we follow. If we have any question about which hanhaga we should keep in a certain area, we ask our Rebbe. I take pride in the fact that we've raised our children in such a way that they don't label themselves as being part of some subgroup of the Jewish people. That's why on my Blogger and Twitter profiles, I list my denomination as "Underconstructionist." We've never even taught the kids explicitly or by example to label non-observant people differently from ourselves or judge them as people. They are just as Jewish as we are but just don't know better or didn't grow up with Torah and mitzvos and either never got the opportunity or find out about it or it was too hard for them to learn a different way of life later on.
On balance, I'm happy to be a person who doesn't fit into neat, pre-defined categories. There are many blessings and perks that go along with that. For example, it's liberating to live as a Jew unencumbered by extraneous expectations and limitations that have no essential connection to Torah or the ratzon Hashem. I also don't feel any pressure not to learn parts of Torah to which I feel a connection. Such limitations dry out and hobble the soul.
It's also easier to do the right thing when it comes to "chanoch l'naar al pi darko," raising each child according to his or her own nature. If I felt some allegiance to a very specific way of life separate from the actual ratzon Hashem or halacha, it would make it harder for me to make decisions based on what's right for my children as individuals, based on their own nature.
If I felt compelled to raise my children to be a certain way regardless of their nature, the analogy is that it is like making a square peg fit into a round hole. It's not that you can't make it fit. You simply have to shave off the corners of the square peg to make it fit. That may work for wooden pegs, but it's incredibly destructive when done to children.
While being outside of traditional labels is a source of pride, it is also a challenge. There is a  comfort and hominess for those who do label themselves. There's a legitimately positive certainty that comes with doing things in a certain way because "that's the way 'we' do it." It creates a confidence and strength that enables a person to follow his community's minhagim and mores without having to think about each detail or wonder if he just made it up or if it has some basis.
Socially, it's also easier to fit into a neat and tidy group. It's easier to deal with the real-life challenge of finding a shidduch for one's children if he can simply limit his child's potential matches to those with the same label listed in their "shidduch resume." There's also the danger of people not wanting to make a shidduch with the child of someone who does't easily fit in a label, even if the bochur and girl would  otherwise have been a good potential match. That creates practical difficulties in life and it would be easier not to have to live with such difficulties. In addition, not fitting within a simple label makes some people nervous and uneasy and it's hard to not always feel "accepted."
The bottom line is that while not fitting into a specific label is sometimes hard, I compare it to the Gemara's psak (Eiruvin 13b) that "it would have been easier if man had not been created than if he had been created." As my Rebbe always points out, it doesn't say it would have been "better" if man hadn't been created. It says it would have been "easier." Similarly, while it would have been "easier" to be someone who fits into a neat label, it would not have been "better" (for me personally at least).
Whether you or I count ourselves among those who identify with a particular subgroup of orthodoxy or not, may we all merit to fulfill the ratzon Hashem with truth!
Click here to get Dixie Yid in your e-mail Inbox or here to "follow" me on Twitter.
Posted by DixieYid (يهودي جنوبي) at 8:00 AM

This was an extremely super post.
I think most people can relate, at least I can.

Heartfelt post thank you. I guess I am "labeled" Ultra Orthodox according to all of secular media since I went to today's Atzeres Tefillah! :)

Excellent post. Ridiculous question to ask a child. Labels are for people who have a "yediah be'almah" relationship with hkb"h. R' Shaul Dov Felman introduced me to this concept early on when he said he was a "shulchan orach yid". (What in the world does ultra-orthodox mean? It's like saying something is "100% true" or "100% guaranteed". You are either "on the program" to quote Rebbe, or ch"v not)

Amazing and insightful post - as usual!
I dislike the labels, as I feel it causes discord and and a definite lack of achdus in klal yisrael.
Regarding the survey in your daughter's school, as a parent, I would have a very serious issue if such a survey went out in my daughter's school, without the parents having seen it first.

Thanks. So much all!!

Reb Yidel, I don't think that suggestion is too practical. They're just helping out another Yid. I think we should be more chilled. I try to not "jump down the school's throat" even if there are things I personally would have done differently in most circumstances. Running a school and keeping hundreds of parents generally satisfied is not a pashut task. I think they should be given some leeway.