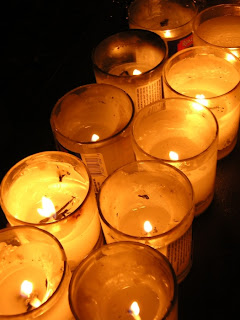 A couple of things have happened recently that have reminded me about the fact that life is uncertain and that death is a part of life. Two events reminded me that since life is finite, you have to prioritize what you do all the time, in order to live life in the right way, while you have the chance.

The first thing was last week. For the first time since I moved to the East Coast, I had an opportunity to do a shmira for a couple of hours late at night. Shortly after I got to the funeral home, I was talking to the guy after whom I was taking over shmira duty. We noticed some small wooden boxes. Somewhat in denial, I commented that they seemed too small for any size person, and that they must be for some other purpose. A few minutes later when an employee of the funeral parlor passed by, I asked him what they were for. And he confirmed that which I didn't want to admit to myself; that the boxes were coffins for infants who are niftar, r"l. This shook me up and reminded me of what I hate to think about; That death is actually possible and it does happen to people regularly. 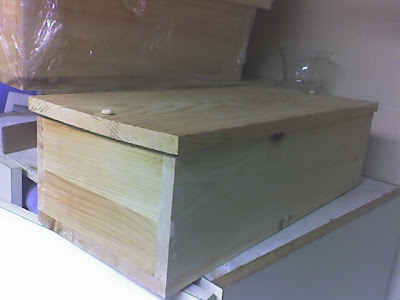 The second thing that happened was that a friend told me that his brother was at a Vort in New York yesterday (I think) and a Kollel yungerman, who was just married and had a baby last year, collapsed and was niftar during the dancing. It seems so unbelievable and horrible but it happened. This yungerleit's levaya was today in Far Rockaway.

I tried to think about what Hashem wants me to think about with these recent exposures. Rav Klonymous Kalman Shapira, the Aish Kodesh, quotes the Gemara in Brachos 5a in the sefer Bnei Machshava Tova; (paraphrasing) When you've tried everything else and you are not able to be victorious over the Yetzer Hara, "יזכור לו יום המיתה." "Remind him (the Yetzer Hara) of the day of death." The rebbe says that this does not merely mean that one should say to himself, "Remember! You're going to die one day!" He says that is implies putting one's self through a long, detailed mental story, where he imagines himself observing the pains of death, the reactions of his wife, children, parents, and friends around him as he is dying, the process of the tahara, the funeral, what his children and wife are doing and feeling at the funeral... etc. It's only that kind of hisbonenus that can really put the yetzer hara in its place.

Hopefully, these events, at least as they relate to me, will not be in vain. May Hashem give me the presence of mind to take the lessons from the things that I see and hear about, and incorporate them into my life.
Posted by DixieYid (يهودي جنوبي) at 11:24 AM