Why do Chazal call Shavuos, "Atzeres?" 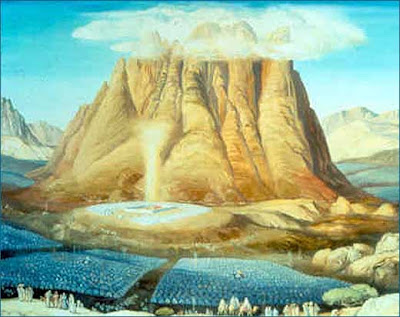 He said that when he was in Lithuania, he was asked why Shavuos is called "Atzeres," by Chazal in the mishna in Bikurim 1:10, when it is not called that in the Torah. He gives three explanations. I will quote two of them.

Two: There is an idea that the Kedushas Levi brings down from the Ramban that when there is an awakening from Above, a spiritual energy or hashpo'oh, it must be given a kli, a vessel, of this world to dwell in, otherwise, it's impact will be lost. This can be understood on a simple level. For instance (my own example), when a person hears a great shiur, learns a great insight in a sefer, or perhaps experiences a stirring niggun at a Melaveh Malka, he is awakened from above, inspired. If that inspiration and awakening is not channeled into some physical vessel of this world, that energy will dissipate and, for the most part, be lost. The person must do a mitzva, daven for that thing, make a kabalah to take on some small new thing, as a way of giving that hashpo'oh/inspiration, some vessel/body to dwell in, in this world. The Berditchever says that this is what the Jewish people did on Har Sinai, when they were receiving the Torah through Moshe Rebbeinu. They needed a physical mitzvah in which to enclothe the tremendous spiritual experience they were having. Therefore, they used the mitva of "hagbalah," of stopping themselves from ascending Har Sinai, as the mitzva to fulfill that purpose. That mitzva of "atzira," stopping themselves from ascending the mountain when they so wanted to approach Hashem, was the vessel to hold the holiness they were receiving during Kabalas Hatorah. It is because of that aspect of Kabalas Hatorah that Shavuos is called "Atzeres," to refer to the "atzira," or withholding themselves from ascending Har Sinai that the Jewish people used to enclothe their inspiration during Kabalas Hatorah.

May we all merit to be mekabel the Torah tonight with simcha, and may we merit that our inspiration from this Shavuos should remain with us and have staying power well beyond these two days of Yom Tov.