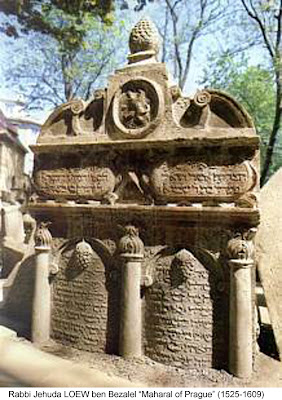 Rebbe Nachman and the Shpoler Zaide:

I spoke on Purim night (5765-2005) at length about the idea of the holy Rebbe the Shpoler Zaide, zy"a. I said that fools say that he opposed Rebbe Nachman, and I repeatedly said that one who says that today is a fool. The Shpoler Zaide, zy"a, was the holiest of the holy, and never truthfully opposed Rebbe Nachman. (Perhaps his [R' Morgenstern's] intention is that even at the time, there were hidden, secret reasons why, as it were, there was an aspect of dispute superficially. However, today, it is impossible that there should even be an external understanding of the secrets that existed at that time, and therefore, one who, today, mentions the disputes of that time, is simply a fool)

The interpretation of this is that it hints at this according to the explanation of the Kozhnitzer Magid, zy"a, regarding the pasuk "וזדים טבעת," (from Shiras Hayam- "You will sink the intentional sinners") that the Holy One will turn the intentional sins (zadonos) of the Children of Israel into merits and adornments (from the word טבעת/ring, which is spelled the same as "taba'ata.") Similarly, one can explain "v'zaidim taba'ata" that the wedding ring [of the redemption] will be made from this idea of the Shpoler Zaide's ["וזדים" hinting at the name "Zaide"] [apparent dispute with Rebbe Nachman].

It is known that the Zaide, zy"a, was a direct male descendant of the Maharal from Prague, and the BeSh"T, zy"a, brought down his (the Maharal's) neshoma into this world (as is known according to the well known story). He [the BeSh"T] was his [the Shpoler Zaide's] Sandak, and he gave him the name of the Maharal from Prague, since the Maharal was the aspect of Moshiach ben Dovid in his generation, as is hinted to from the words of Rav Chaim Vital, zy"a. And even the Maharal, himself, hinted to this in one of his seforim (See, Shearis Noson page 398), and Rebbe Nachman was, at the beginning of his avoda as Moshiach ben Yosef, as I've written elsewhere.

this is not true at all. I heard from my holy rab that the mekor of the neshama of the Shpoler it was one good.
All the machloket was a really machloket and rabenu and reb natan suffer a lot because of that.

"mekor of the neshama of the Shpoler it was one good."

That was obiously a typo what is it supposed to say. Rav Morgenstern is one of the great Breslov leaders today, although i guess it is possible to have different views. Who is your Rav that says this other view?

I'm not sure I understand your comment. Could you please clarify what you mean?

Interestingly, Reb Nachman was also a descendant of the Maharal of Prague.

Well, if he was ben achar ben, then he'd be in the line of Dovid Hamelech, which corresponds to how he ended off, that Rebbe Nachman was from the side of Bina, of Moshiach ben Dovid.

I'm not sure how to square that with the Shpoler Zayde being from Chochma though... Hm...

"Yichudim d'betishu" seems to be a concept, with which I'm not familliar.

The Tanya mentions the word in quoting the Zohar about "beating" a piece of wood that won't ignite.

Rebbe Nachman I think mentions the word in Likkutei Moharan I:24 in the Torah discussing מטי ולא מטי where the 3 sefirot of the intellect "thrash" against the barrier of infinity between the ungraspable and what is perceivable. (ie. Keter)

Thanks for the ma'areh makom. I'll have to check on it. Thank you!

You know my dear brothers sometimes Taddikkim most go threw a heated commotion in order to make order. Its very deep very very deep and maybe pain was involved but it was very holy pain pain that Hashem holds dear. We most pray that all the disputes amongst Taddikkim and Israel is for the sack of heaven alone. Have a great Shavuot everyone.