Why There Is No Pain When Dying Al Kiddush Hashem 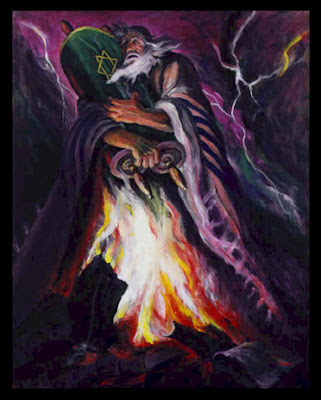 Rabbi Tal Zwecker, in his first Jewish Meditation lecture available at the very bottom of this page, says that when one is meditating on his own willingness to give up his life for Hashem, if called upon, must know that he should not imagine pain in the process of giving up one's life. He says that this is because when one does give up their life al kidush Hashem, his death will be painless. And not only will the death be painless, it will be accompanied with a feeling of ecstacy, similar to that felt by Rebbe Akiva, when his flesh was being torn from his body with iron combs. He felt no pain, but rather called out Krias Shema with complete joy, to the astonishment of his students, as it is well known. Rabbi Zwecker said that there is a supernatural and a natural explanation to this lack-of-pain phenomenon. The supernatural explanation is that Hashem takes away the pain as a Chesed. But that there can be a natural or psychological explanation as well.


This made me think of another program I heard on Radio Lab regarding the amazing power of the "Placebo Effect." You can listen to that segment of the program above. Dr. Daniel Carr explained a phenomenon that the thoughts that exist in a person's mind when they are experiencing pain can greatly effect the amount of physical pain they will feel. Soldiers in WWII who were filled with shrapnel needed only minimal morphine and at distant intervals to abate their pain. However, civilians injured in more mundane ways, like gunshot wounds when their stores were held up, experienced significantly more pain and needed much more pain medicine, with much greater frequency. This was explained, possibly, by the thoughts in each person's mind at the time of the injury.

When the soldier realizes that he's been hit with shrapnel, after he gets over the initial shock, he's thinking about the fact that he went through this for a noble reason, he's going to be honored, he'll get a medal, there will be parades, he'll get to go back home, etc. While the storekeeper is thinking, after the initial shock of the injury, "How am I going to pay my bills? What if I lose my house! Who will run the store? The landlord might evict us if we can't pay the rent, etc." The thoughts that accompany the traumatic injury greatly affect the feeling of pain due to that injury.

Perhaps on the psychological explanation side of the lack of pain when one is dying al kidush Hashem, when one has the feeling of being mevatel themselves to what is happening to them in utter subjugation of self to the Ribbono Shel Olam, there is a similar natural pain remittance on an even greater level than a soldier in war.

May we all have the strength to be willing to give up our lives al Kidush Hashem, if called upon, and may we never be called upon!

i can't believe there are no comments on this post.. it's the craziest post i've ever seen online..

(the Tzeitel HaKatan of the Noam Elimelech mentions dying al kiddush haShem quite a bit.. and says its a mitzwah (ונקדשתי בתוך בני ישראל) D'Oraita we can be m'kayem all the time)

I hear what you're saying. It's not a well known idea and it is that piece in Tzeitel Koton that Rabbi Zwecker was quoting when he said this part about there being no pain when dying al kidush Hashem. It is comforting and suprising to hear...

Sefer Aish Kodesh-I believe in Parshas Eikev (not sure which year) speaks about Rebbi Akiva and dying al kiddush Hashem. If I remember correctly he writes something very similar to what you wrote here.

I have to find that. Thank you very very much!