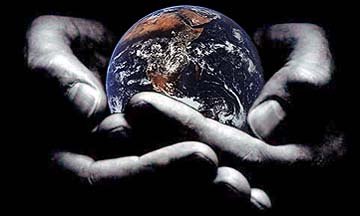 Here's the/a resolution, to understanding the Rambam and other Rishonim who stated there's Hashgacha Pratis (HP) only on humans in general, limited HP on some humans, and no HP, only Hashgacha Klalis (General Providence - "HK") or HM (Hashgacha Minis, species-wide Providence - "HM") on tzomeich, chai and domem (plants, animals and inanimate objects). This is different (though not conflicting) with the two resolutions I brought in the main post.

General Principal: Rishonim & earlier Acharonim almost always spoke about the level which human beings can have some understanding of, and not necessarily what exists as true reality. However, they were not speaking on the level of those things which we have no understanding of.

Application: They denied hashagacha pratis on every detail of creation when speaking on a level that people can understand. That is because hashgacha on leaves falling or animals dying is something that we can have no understanding of. For example, we may be able to have some understanding of why one person dies and why another person lives. We can understand the concept that, for example, that because of something from a previous gilgul, this person had to die, while that person, for another reason, had to live. However, we have no context in which to put why Hashem causes one animal to live but another to die at a particular time. Al achas kama v'kama with regard to tzomeich and domem. Since HP on these things is beyond the capacity of human beings to even partially understand, they denied its existance in their writings because they were only speaking about the level about which people can understand.

However, the Baal Shem Tov, who came much later, and those subsequent to him blazed a new derech in teaching. Which was to speak about what exists in reality, even even about those concepts that people can have no real hasaga of, like HP on chai, tzomeiach and domem.

This would explain why the Lubavitcher Rebbe, zt"l, stated that the Baal Shem Tov was a Chiddush. He was indeed a huge chidush in that he began expressing true reality, while earlier Rishonim and Acharonim had b'shita, only addressed asepcts of reality which people could have *some* understanding of. This would also show why he was not contradicting himself when he distinguished between the Rambam and the Baal Shem Tov's opinion to show why they were not contradictory. If you were correct about the LR's opinion, then his statemetns that the Besht was a chidush and his statement that he was *not* in conflict with the Rambam would have been self contradictory in the same Sicha.

When comenting on the Rambam's statement that everything happens with Hashem's will You have really said all that I am trying to say as well because pointed out that whether it's HP or HM/HK, everything does happen through Hashem's will. Why? Because Hashem "knows" everything and if he created HP or HM or HK, He created the whole world and every individual plant, animal, rock and person knowing where in that "automatic system" he would put them, and thus created them lechatchila knowing every detail that would happen to them through the system. Thus he decreed that all of these details happen to them, and that could indeed be what he means when he says that *everything* happens with Hashem's will. Thus whether Hashem decreed each detail of creation to take place via HP, or HM/HK, it's really only a minor semantic difference in reality since in either case, every detail is decreed about everything that happens in the Briah.

Thus there really is no machlokes between the Rambam & the Baal Shem Tov. The Rambam, with all of his strongly worded denials of the "every leaf" theory and its applications by Mohammedan Ashariyah (that Reb Jonathan Baker quoted), was speaking about a certain level of reality. i.e. that level of reality which we can have some hasaga of.

Besides all of this, it's a logical imposibility for hashgacha pratis over every detail not to be true. Hashem is infinite. If Hashem were to literally not control at all certain aspects in the universe, then his Presence would be absent from that "place" in creation. (And if He controls every specific detail "directly" through HP or "indirectly" through HK/HM, his control is still there.) Therefore, Hashem's infinite nature precludes the absence of HP over every detail in actual reality.

Also, Chazal say "oseh b'chol yom ma'aseh breishis." If the universe could exist independently on any level, Hashem wouldn't need to recreate the world at every moment. Since Hashem is infinite, there can be no independent existance to any part of creation and therefore it can only continue to exist because Hashem continues to will it to exist at every moment, thus recreating every detail of creation at every moment. Therefore, his contorl over all of creation exists at eveyr moment since He is constantly recreating it in its present state at all times. It is seen from this that He is recreating everything in the way that He wants it at all times. While a skeptic might ta'anah that He only re-creates it in the way that it would exist according to a natural system that He set up "earlier," this would only beg the question. Since he knows the system lechatchila, choose what to create when, and recreates the system at every moment, He's essentially decreeing every detail at every moment, regardless of the means (HP or HM/HK).

Click here to get Dixie Yid in your e-mail Inbox.
Posted by DixieYid (يهودي جنوبي) at 9:32 AM

Question #17 from The Orthodoxy Test:

If the Rambam was alive he'd be:
- Right Wing Yeshivish

Again, the Rambam himself explains why only people who know G-d get HP. And he wasn't one to speak existentially, he was a classical philosopher. You're inserting things into his thoughtspace that aren't Maimonidian, and getting results that are the opposite of what he said.

I think you have so far failed to account for the fact that the Rambam is allowing nature to run its course. The details of most events in most people's lives are only part of Hashem's Plan in that He Planned for a natural predictable world with predictable outcomes to actions. Whereas the Besh"t is saying that no even happens without it being of direct aid (if we include punishment/correction as aid) to everyone involved, and directly related to redeeming the universe.

That's a bit much to handwave over by saying that Hashem knew the outcome of nature when He designed it. (For that matter, I can make a stronger agument -- but this is my position, not the Rambam's: For Hashem, there is no "when He set it up" and "when the actual rock fell due to gravity". Those are separated only in time, which He is not subject to. The whole distinction between natural law and individual detail is hard to make.)

micha's comments reminded me of the introduction to Gevurot HaShem of the Maharal, in which he dealineates two realities, Natural and Nivdal(Holy)

davka he goes to great lengths to avoid bringing discussions of time into the equation and explains everything without playing the time-doesn't-really-exist card.

His Nivdal might be an alternative way of looking @ HP also.

See Michtav meiEliyahu's take on that Maharal. Nature = olam ha'asiyah, neis = olam hayetzirah. And the absolutes in my world are a consequence of what I choose to perceive. I wrote about this notion at Mesukim Midevash for Beshalach pp 1-2.

But now we are very far from the Rambam.

my response to the article: (after thinking a lot about the previous debate)

Here I offer two different ways to unify the machloket from two different perspectives, just to illustrate how flexible and pliable reality and our understanding of it can be:

1) I think the machloket is a function of two different points of view of the same reality:

I believe that HK and HM are functions of the level of revellation of Godliness in the respective creations.

For example, it could very well be that all the stones in the world share a single neshamah, just as all the cells in our body share one (ie. our) neshamah. HaShem deals with this 'single' neshama with HP, hasgacha pratit, but if we are looking from the perspective of an individual stone, it seems like it only has HK or HM.

The difference is with people, where each person is like an entire world, we have a neshama, so we get HP. If we were to look at the individual parts of a person one could claim they are only under the rubric of HK or HM. But, the person is clearly under HP.

From this perspective we can say the Rambam was looking from the outside inwards. Which was appropriate to his Torah. So he explained it according to HK, HM, and HP.

We can say the BeShT was looking at it from inside outwards. Each and every Neshama truly has HP. The fact that it's shared amongst many physical entities doesn't changed the fact that the Neshama's yachas (relationship) with HaShem is one of HP.

2) Of course if you wanted to mix it up and get very deep into Kabbalah, you could simply make the case that in the time of the Rambam stones and trees etc were just that, stones and trees. Hundreds of years and many gilgulim later, in the time of the Baal Shem Tov, every physical object in the world might be a gilgul of Jewish neshamoth, changing the status of the actual physical creations and making the machloket a moot point --- if all of the world were infused with Jewish Neshamoth in the time of the Rambam, he too would have agreed that everything operates via HP.. but that wasn't the case in his time.

3) In the end it seems to me, that leaving it at a machloket, and saying "Elu v'Elu divrei Elokim Hayyim," offers a richer learning and explorational experience. Because it challenges our minds to understand how it can be that two contradictory statements can both be true and both be the word of HaSHem.

Yitz, I definitely hear what you're saying and I think it's quite in line with what I translated in the post I put up today here:

What you said about HM or HK referring to a certain level of the revelation of G-dliness is quite true. The Rambam or any other Rishon wasn't just speaking about a certain level of reality in this topic. Rather, that was their level of teaching in everything. That was universally recognized as the appropriate and fitting level of teaching for many generations. Since that was their constant M.O., they didn't have to specify "We're only saying this on a certain level of reality," since that was always assumed. They didn't address the "true, infinite reality," as I addressed in the translation I brought in the piece linked above.