The Story Behind the Story, Part 2 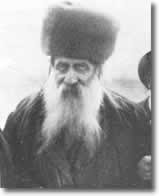 The photograph is Rav Yissochar Dov of Belz, the father of Rav Aharon of Belz, mentioned in one of the stories brought down by the author of this article, Rav Areye Wohl, the Sudilkover Rebbe from Beit Shemesh.

In a letter written by Hagaon Harav Yoel Ashkenazi, z”tl, one of the elder Chassidim of Slonim in Tiveria, to the Rebbe from Toldos Aharon z”tl, the author of the Divrei Emunah, he says, “All of [my stories] I have heard from elders who stood on Har Sinai before Tzadikim upon whose merit the world is built, and who were extremely careful not to accept any story or event, unless [the one telling it over] is trustworthy.”

And therefore, in every single place there has been an exactness that all who pass down these stories be true Magidim. And on the whole, most stories were told over exactly, by Chassidim who were talmidei Chachamim, by direct oral tradition. It is like the statement which was once expressed by the holy rabbi, author of the, “Yesod Ha’avodah,” from Slonim regarding one of the “Story Tellers,” in his holy courtyard, that “if you would give him all of the wealth in the world, he would not change his stories.”

But if the exactitude is so great regarding the accuracy in telling over stories of Tzadikim, how has it happened that over the years, different traditions have been passed down, with different texts that contradict [each other in] many stories?! And as the holy Rebbe, the author of the “Shomer Emunim,” (page 28) “In truth, over the course of many years, many stories of Tzadikim have gotten switched, and they have changed, one from the other, and even the essence has changed sometimes from what originally happened.”

One of the answers given to this question is that of Hagaon Hakadosh from Satmar, z’tl, who explained: [Stories] are not like the words of the Torah, which are build into piles of Kashas and Terutzim with a clear structure and an understandable explanation. A story is a Ma’aseh Shehaya (a true life event) and it is the way of human beings to add a measure of their personal feelings into the story, to leave a little bit of the story out here, and add something somewhere else…

After everything that has been said until now, it is interesting and touching to “stumble through,” each time as if it were the first through the traditions of various Chassidus’n, and through the well known stories in the different Chassidic Dynasties, which complement one another. This is as opposed to [studying] one Chassidus without any knowledge at all of the other side of the same story, passed down in the other [Chassidic] tradition.

An interesting example of this concept can be found in the following story, which is told over by the Chassidim of Belz:

In his youth, the holy Reb Aharon from Belz, z”tl, asked his father, the Rebbe Rav Yissochar Dov, z”tl, on parshas Eikev, when Moshe returns and tells the Jewish people about his ascent to Har Sinai: Moshe repeats the phrase, “Forty days and forty nights I have not eaten bread and I have not drunk water.” It would appear that this is a wondrous thing. Was this the main point of the greatness of the father of all Nevi’im?! Is not the mere fact that that he ascended into Shamayim and spoke with Hashem Yisborach face to face the most incredible and powerful [expression of] his greatness?! Why, then, does Moshe Rebbeinu put a find point on the fact that he did not eat bread or drink water?

His father answered him by saying, “You have asked a good question! And I will answer your question with a story about your great grandfather, after whom you were named, the holy Rebbe Reb Aharon from Chernobyl, z”tl.

After I got married, said the Rebbe Reb Yissochar Dov, I relied [for my sustenance] on the table of my father in law, my elder, the holy Rebbe, Rav Aharon from Chernobyl, z”tl, who, as it is know, was a person with the sweetest tongue, and an amazing story teller. One day, my father in law was sitting after Shacharis, and he began to tell stories of Tzadikim, and everyone present, and I among them, stood around him like a wall, to these secrets of the holy Serafim.

Many hours passed by, and our Rebbe was still sitting there, crowned by his Talis, and giving over these stories. The time for breakfast and lunch had already passed, and the entire crowd were still standing in place without a movement. “All flesh was still…” They drank, with thirst, his words. No one made quivered or made a move because of their great longing, and no one felt “a hunger for bread nor a thirst for water, but only to hear the words of Hashem.”

It was only when the sun began to descend low down into the sky, close to Shkia, one of the Chassidim built up his bravery and asked [your] question: Please Rebbe, teach us! What is added by Moshe Rebeinu, a”h, who said ‘bread I have not eaten, and water I have not drunk…’? The Rebbe is sitting here and is speaking to us for many hours holy stories and amazing tales, and we do not at all feel the need to eat or drink, and not one person has left. How much the more so, Moshe Rebeinu, who was benefiting from the Divine light of the Shechina, , and speaking with Hashem face to face, and receiving the Torah from the mouth of Hashem, would he possibly have had any need for food or drink???”

The holy Rebbe Reb Aharon from Chernobyl answered him also with a story:

It is known that there was a machlokes between the holy Magid, the Rebbe Reb Yechiel Michel from Zlochiv, z”tl, and the holy Rebbe Reb Pinchas Koritzer, z”tl.

One day the holy Magid from Zlochiv fell ill. His son, the holy Rebbe Reb Mordechai from Kreminetz, z”tl, sought out the face of the Tzadik from Koritz, in order that he daven to Hashem for his holy father, that he should return to his health and be healed. However, he knew, that his father would not be pleased with this trip, so he got up and traveled secretly, without asking the (customary) travelers bracha from his father.

Obviously, when he got to Koritz, he didn’t tell anyone who he or is father was. However, immediately upon his entrance into the holy [home of Rav Pinchas Koritzer], before he had even put out his had in greeting, Rav Pinchas spoke up first and said, “I know who you are, and that you have come to me because your father is sick. [This has happened because] as part of your father’s holy avodah, he has forbidden the eating of cheese to himself. Please tell him; That he should take upon himself to eat cheese, and he will get better. This is because cheese has come to Shamayim with a claim [against your father]. Since the time he stopped eating cheese, there is no Tzadik in the world who is doing the good work of bringing cheese to it’s ultimate tikun. And because of this claim against him, and this prosecution, this sickness has been decreed upon him.

Before Rav Mordechai left, the Rebbe Reb Pinchas Koritzer added one thing: “Tell your father, that I know that he holds contempt for me in his heart, because he does not see my Tefilos in Shamayim. But know; that not only does he not see my tefilos, but even the angels and Serafim, who accept tefilos do not see my tefilos, since I have paved a path for my tefilos straight to the Holy One… But I know that when you tell him this, he will not accept my words. So tell him in my name; ‘There is not thing that is not hinted to in the Torah.’ And he will forgive me if [I ask you to] open up a Gemara Sanhedrin 44a. There it is written: ‘And Pinchas davened (vayipaleil) and the plague was stopped.’ Rebbe Elazar says: It does not say, ‘vayispalel.’ Rather, it says ‘Vayipaleil.” This teaches that he made davening [only] with the Creator.” ([והכתיב] (תהילים קו) ויעמד פנחס ויפלל ותעצר המגפה ואמר ר' אלעזר ויתפלל לא נאמר אלא ויפלל מלמד שעשה פלילות עם קונו )This means that the Tefilos of Pinchas were hidden from everyone else’s eyes, and they were only visible to Hakadosh Baruch Hu, because he made the davening with his Creator, alone.”