One Must Destroy in Order to Build 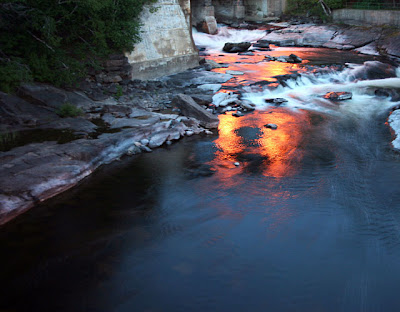 I was reading a recent post at Beyond BT that's worth seeing. In it, Katrin told the story of the great tragedies in the life of a Rabbi Shaul Rosenblatt. The tragedies he endured in his life and story of the death of his wife at the age of about 30, reminded me that sometimes Hashem knows that the only way to allow people to grow to a greater level is by first destroying them.

This is a great truth that we must accept if we want to grow into bigger Jews. One must destroy who he is now (including the good parts) if he wants to attain a new, higher and more exalted level than before. A greater self cannot be built on a lesser self. The lesser self must first be obliterated. There are many places where one sees this universal truth.

In hilchos Shabbos, destroying is not forbidden unless it is done in order to build. Tearing is only proscribed when it is along a seam in order to re-sew another garment. This indicates that the true purpose of "destroying" is as a "constructive" force, when it is used in the purpose of building something greater in its place. Therefore, when one is mevatel and he obliterates his current self, it cannot be done in a destructive way, but rather it must be a destruction similar to the dismantling and tearing in hilchos Shabbos, which is done in a constructive way, to build something greater in its place.

Even the neshoma after Geheinom, which is delighting in a sublimity of Divine revelation that we, who are still confined to human form, cannot fathom, must go through a type of destruction in order to ascend to higher levels of Gan Eden. When a neshoma is enjoying pleasures of the Divine Presence that we cannot contemplate in Gan Eden Tachton (lower Gan Eden), it cannot fathom the even greater Divine light of Gan Eden Elyon (upper Gan Eden). In order for that neshoma to ascend to the higher level of Gan Eden, it must first immerse in the Nahar Dinur, the "River of Fire." This Geheinom-like process of suffering and destruction is necessary in order to attain the higher level of Gan Eden Elyon.

Why is the necessary to destroy one's lower level in order to attain a higher level? To not do so would be comparable to pouring fine wine into a vessel with the remnants of cheap wine still in it. The greater level of the finer wine will be nullified by the presence of the cheap wine. To reach a qualitatively different level, the old level must be destroyed so it does not ruin and nullify the effect of the higher level.

A friend of mine offered another moshel. We know that everything in the world is moshol for the true spiritual reality so this concept is found in the physical world in innumerable ways. My friend pointed out that when one want to build his muscles, it is not enough to build them by working them out through exercise and lifing weights. The muscles must be worked so hard to the point of becoming ripped in many places. It is only through the rebuilding of the muscles after ripping that they can achieve the bulk the bodybuilder desires.

This is why Hashem decreed that we go through hundreds of years of slavery and exile in Egypt. He intended to make us feel so broken and cut-off from Him, that our entire relationship with Hashem that had been built up by the Avos was destroyed. It was only after this cutting-off and destroying in the Kur Habarzel (Nesira) that we could re-create our relationship with Hashem as one of Panim b'Panim and not Achor b'Achor (intimate love similar to that of husband and wife and not cool love similar to that of parent and child) through the miracles and the Sinai experience.

This is also why every single peshat that you will hear or read from a rabbi or friend is preceded by a Kasha, a question on your existing understanding of some pasuk/gemara/mishna/halacha. Even if the kasha is weak, people always start off by asking one. This is because of this unconsciously known general truth. Only when there's something you don't understand and your previously conceived understanding of some text is nullified by a kasha can you then be opened up to hear the new pshat. People never just start a speech by saying a new peshat on a text without first asking a kasha on some other understanding of that text.

There are countless other examples of this. I am actually somewhat uncomfortable writing this post without citing any sources. I don't like to do that at all because no one knows whether I am saying things that come from my own imagination or are based on some true source (except those that already know what I'm saying). However, I really don't remember which seforim or shiurim I've learned many of these examples and ideas from specifically. It's more of just a compilation of some of the ideas I know in this topic so I apologize for readers who have nothing to look to that I can cite to double-check the accuracy of what I've written.

May Hashem give us the bravery and strength not to be afraid to be mevatel our current selves in order to build greater selves.

P.S. Passionate Life quoted this piece in his blog, Passionate Life, in a very interesting post of his own on why Emunah in Hashem's Torah is vital to the marital relationship.
Posted by DixieYid (يهودي جنوبي) at 5:50 AM

Here's a source - from the Lubavitcher Rebbe ZT"L:
Our Sages explain that G-d Himself observes the Torah's 613 mitzvot (commandments). But if so, how could He have destroyed His Holy Temple, when we are expressly prohibited from razing a synagogue or place of worship? It is also forbidden to wantonly destroy an object of value. Why, then, did G-d allow His dwelling place on earth to be demolished?
One cannot explain the destruction and the subsequent 2,000-year exile by saying that the Jews lost their right to the Temple because of their misdeeds, for instead of destroying the Temple, G-d could have hidden it away as He did the Sanctuary, for such a time as the Jews would merit its return.
Rather, the only instance in which it is permissible to tear down a synagogue is when one wishes to build an even more magnificent edifice on the same site. It follows that the destruction of the Holy Temple also fell into this category. The Second Temple was destroyed only because G-d wanted to build the Third and most exalted Holy Temple - the one that would stand for eternity.
The inner purpose of the destruction, therefore, was solely to rebuild. That is why the Midrash relates that "the redeemer of Israel" was born at the moment the Temple was destroyed: from that moment on, the true objective of the destruction - the Redemption and the building of the Third Holy Temple - could begin to be realized.
Here's the URL:
http://www.lchaimweekly.org/lchaim/5767/979.htm

And thanks for the links!!!

The body builder example has been used by morenu vrabenu R Weinberger. The Panim b'panim- well- we both know where you you got that.
The Kushyos bit has it root in the arizal and in R Itche Meyer, and in Meor Eynaim Shemos, and pesach especially from R Weinberger

Yitz and R' Boshnack, you guys are awesome!

R' Reuven, yes you know which shiur I got the Nesira thing from. I heard the bodybuilder example from someone else though. I don't think he heard it from R' Moshe Weinberger but you never know! I don't think I could find the Kasha/teretz part in the Arizal or R' Itchie Mayer. Was the Meor Einayim in parshas Shmos? Sefer Shmos? Do you remember which pasuk he was going on?

Yitz, thank you for that source. That's a great teaching on the Bais Hamikdash. Perfect for tonight. I'll have to share that one. Yasher koach. :-)

Yasher koach R' Reuven! You must have some great software there.

Glad you liked that Torah. I shared it with my family, & I'm delighted there was a place in the JBlogosphere to share it with too. BTW, Reuven's Me'or Einayim Torah was unreadable until I switched the encoding to Unicode-UTF.

Yitz, thanks and thanks for the tip. I could read it fine on my computer. I don't think I'd know about computers to make the change that you made, but it will help others!

See also another source I found from the Lubavitcher Rebbe, zt"l, on this topic in the comments at Mystical paths on my cross-post there: