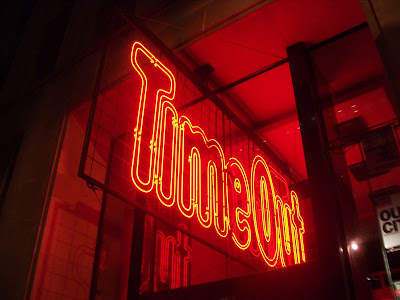 I wrote the basic text here as a comment on THIS GUEST POST by the author of the relatively new book on women and Judaism (The Moon's Lost Light), Rebbetzin Heshelis. She does not have access to the internet, but she subscribes to an e-mail service. She based her responses to the first few comments, which I forwarded to her. However, at a certain point, the questions veered off onto tangential questions on statements she made in response to commenter's arguments. Those questions no longer related to the thesis of her post here or to her book so I have not forwarded those comments to her and she has not seen them. Therefore, the fact that she has not responded to certain posts raised is because she has not seen those comments.

Most of the questions relate back to an assumption which Reb. Heshelis already adressed in one of her comments. They rely on the mistaken assumption, which she corrected, that she was saying that her explanation of these times in history in general, and their application to the "women's issue," was the only true position. If you will re-read what she wrote, and, in fact, the subtitle of her book, you will see that she never said any such thing. She could have called the book, "The Torah Perspective on Women..." However, she specifically called the book "A Torah Perspective..."

The majority of the questions on her comments or what she wrote in the post are built on the mistaken assumption that she was saying that her thesis was the only valid Torah opinion and that anything else is heresy. To disprove something like that is quite easy, since all you need to show is that anyone takes a different view on anything that she said.

However, the truth is that she said that what she wrote was *a* Torah perspective and those that find it a satisfying explanation will cling to it. Those who don't will not. Her main points in the book are well sourced (I have read the book and gone through the footnotes) and, as the Rabbonim who wrote the haskamos and to whom she has spoken, show, her explanation is at least a proper Torah view. It is not she who is trying to "pasken hashkafa."

Her basic thesis is not earth-shatteringly new, such that it deserves such dismayed reactions by some. The great thing her book does is to explain that view of our times very well in English and apply that theme to the "women's issue." I have seen the basic ideas in the writings of Rav Itchie Mayer Morgenstern in his unpublished Kuntrus on Chochma and Bina, which I translated HERE.

I will quote part of that here:

We will [now] speak about the dispute between the GR"A, zy"a, and Chassidus. The explanation is that the GR"A was the aspect of Moshiach ben Yosef (as was stated by the students of the GR"A and received by the Maharil Diskin). One of the purposes of Moshiach ben Yosef is to wage war with the Klipa (husk) of the Erev Rav (other Jews in our midst who infiltrate illegitimate ideas from within) which gets stronger before the redemption. The klipa of the Erev Rav is the klipa of the Haskala (the "Enlightenment") whose roots were beginning in those days. In truth, Chassidus was the counterpart (ze leumas ze) of the Klipa of the Haskala. And the Klipa of the Erev Rav of the Haskala was related to the 50th gate of impurity, which is the aspect of Amalek, which is called "Reshis Goyim," the first of the nations (Bamidbar 24:20), (as the Ohr Hachaim Hakadosh said in parshas Shmos, that before the redemption there would be a strengthening of the 50th gate of impurity). Therefore, the Maskilim ("Englightened Ones"), may their name be blotted out, attempted to disseminate impure forms of wisdom which eminated from the 50th gate of impurity. (The wisdom of holiness is, l'havdil, a counterpoint to this, and is a revelation of the aspect of Keser, Crown, the 50th gate of holiness.) Chassidus was the cure that preceeded this disease because it was a revelation of the Yechida [the highest of the 5 "parts" of the soul], the 50th gate of holiness. Chassidus revealed the Holy Englightenment of the revelation of G-dliness in Chochma-Bina-Daas, which is the cure which preceeds the Klipa of the Haskala.

Bottom line: These issues seem to have gotten your juices flowing. If you are truly interested in seeing whether or not her explanation is *a* kosher Torah explanation, which may satisfy many people (obviously not you!), then you really should read her book, available at the link the post its self with a 30% discount. Most of your questions about whether or not the view she espouses is a true view are answered in the book. She can't write every source for every point in this post. That would be silly. She might as well reprint her book on Dixie Yid then. :-)

Click here to get Dixie Yid in your e-mail Inbox.
Posted by DixieYid (يهودي جنوبي) at 1:13 PM

Email ThisBlogThis!Share to TwitterShare to FacebookShare to Pinterest
Labels: Women

>>>The majority of your questions on her comments or what she wrote in the post are built on the mistaken assumption that she was saying that her thesis was the only valid Torah thesis and anything else is heresy.

I don't think this characterization of the comments is accurate, and your readers should avail themselves of the opportunity to read the original discussion as well as follow up on the sources. 'Nuff said.

Though I obviously disagree with you about the assumption the comments were based on, I certainly can't argue with the later part about seeing for one's self. 'Nuf 'nuf said. :-)