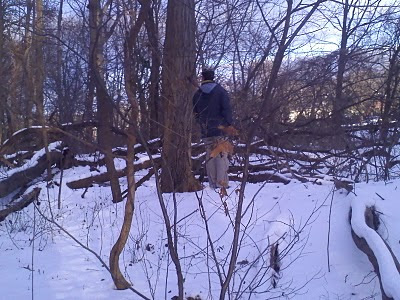 Dovid HaMelech said, “My heart said to You [לך]...”[1] Rebbe Nachman quotes Rashi’s comment there, “to You” can also mean, “for You, on Your behalf.”[2] If a person wants to do a real hisbodedus, he must stand before Hashem believing fully that every word he says is from Hashem, that he is Hashem’s emissary. To come to this, one must begin by working at learning Torah lishmah, because it is certain that a person who learns Torah superficially will not come anywhere near to pouring his heart out spontaneously before Hashem. But with both Torah and prayer infused with dveikus, one merits [the influence of] the upper three sefiros of Atik, whose “breath” is completely infused with dveikus. One merits to make yichudim at the level of the Divine chariot, to really feel that everything is G-dliness. This is the meaning of Chashmal: mal [“speaking”] indicates ma’aseh merkavah, and chash [“quiet”] indicates ma’aseh bereishis.

One must feel a chiddush in prayer just as one finds a chiddush in Torah, and the tzaddikim said that when a person merits to speak fresh words of prayer before Hashem it is a sign that his prayers are accepted on high. But to be able to pray spontaneously before Hashem, one needs purity of heart—how do we purify it? “Every thing that went in fire must pass through fire.” The fire of enthusiasm purifies the heart so that one can compose his own prayer with freshness. Rebbe Nachman of Breslov teaches further that such words are a manifestation of ruach hakodesh, and this is the basis of the entire book of Tehillim.[3]

One must yearn for these levels, and feel pained for not having reached them. And one must yearn that the Torah should be like fire within him, because, “Everything that was in fire [and became impure] should be passed through fire [to purify it].”[4] As the Baal Shem Tov taught, all of the fiery sounds of Matan Torah can still be heard, and every person must sanctify himself so that he can catch them. Every little bit of learning must be in the fire of the dveikus of Matan Torah so that we can come to be, “directly before [נכח] the face of Hashem.” The word נכח is equal to three times the value of the Shem HaVaYaH [78 = יהו"ה x 3]; one must see three permutations of the Shem HaVaYaH before him at all times and eventually he will be able to really see that everything is Elokus—and this is the purpose of creation and the beginning of the redemption.

The Oath of the Exile

Through all of this we will merit to undo the oath that binds us to the exile, as the Zohar explains. [These are the “three oaths” in Shir Hashirim, as explained at the end of Kesuvos.] The Torah teaches that the sage, the bearer of Chochmah, has the power to annul a vow, and this is because the vow itself is on the level of Binah. We begin the fast of Yom HaKippurim with the annulment of vows in Kol Nidrei; this is a manifestation of the light of Chochmah. The exile [גולה] and the redemption [גאולה] stem from the same root—it is only that we are bound in exile because Chochmah manifest in completed Da’as represented by the alef [which means to teach] is absent. Yet this is repaired by anyone who seeks Da’as and dveikus, who believes that the Torah is Divine and that the Torah that he learns is the same that was given at Sinai, who feels that Hashem has planted eternal life in him now and has been chosen right now from all the nations to receive Torah as a gift from the heavens. And this is why there were many tzaddikim who exhorted their followers to spend time every day studying the words of the Zohar regarding the greatness of the Torah, or who learned section 47 in the Bach that discusses the blessings of the Torah time after time—to awaken their hearts to the holiness of the Torah.

The Blessings of the Torah

The destruction of the Beis Hamikdash was because of the Jewish people’s failure to appreciate the greatness of the Torah. This was demonstrated by the fact that they did not make the blessing over the Torah before they learned. And we can also fall into this error today by not having sufficient faith in the Torah’s ability to help us reach the redemption. And so the very beginning is to develop total emunah in the greatness and the holy power of the Torah itself, and this will empower one to devote more and more time to Torah lishmah so that all of the levels described above can be reached.

Picture courtesy of R' Moshe Tzvi Weinberg. Click here to get Dixie Yid in your e-mail Inbox or here to subscribe in Google Reader.
Posted by DixieYid (يهودي جنوبي) at 6:00 AM