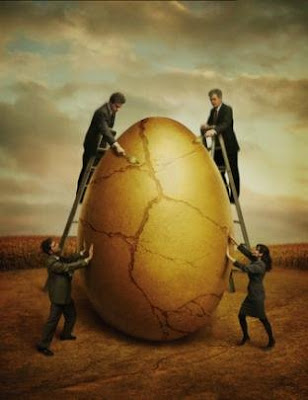 In response to my link to a letter from a girl from a frum home who currently wants to go off the derech and Rabbi Lazer Brody's response, I received the following comment from a person that I respect very much. Here's his comment and my reply. Any constructive thoughts by the "Oilam" would be appreciated. :-)

[Quoting R. Brody's letter:] "G-d gives free choice, and no one has the right to take that away from you."

While I think that he otherwise handled this very well, I believe that this quote is inaccurate, inappropriate, and chas v'shalom counter productive.

The problem is that it seems probable that the efforts are counter productive and will not prevent transgression but perhaps cause more.

But it is not helpful to give her the impression that her parents have no "right" when they would actually have an obligation. Free will is a non issue here.

You're thinking too theoretically and too idealisticly here. She is obviously not going to be listening to her parents here. Anything her parents or current rabbis do to get her to stay observant, at this point, will most likely have the opposite effect.

A young person like this needs to understand that she does indeed have free will. Rabbi Brody knows that only by helping "Linda" realize that when she makes Yiddishkeit her own choice, then she will be willing to embrace it. As long as she feels that she would just be living someone else's choice like her parents or teachers, she's going to reject it at this point.

Rabbi Brody accepts the fact that in the short term, neither he nor anyone else in this whole world can "prevent transgression." If she is going to continue doing aveiros or is going to do worse aveiros than the ones she's done so far, there's nothing that he can do to stop it. It's her choice. Other people must accept that they/we cannot make someone make the choices they should.

What he's trying to do is open a door for her; to show her that if she can turn to Hashem, she can have a relationship with Him that's not based on what her parents or her teachers or anyone else wants her to do. It can be based on her own choice to return to Him. As long as there is no break with the past, and as long as she feels like her Yiddishkeit belongs to other people, she'll never be able to get out of her rut.

You and I may not be able to relate to what she's going through because of our unique background. But there are thousands of kids like "Linda" in Brooklyn, Monsey and all kinds of other places. They must make their own choice to embrase Yiddishkeit. And until she is able to do that in her own way, she's going to feel too stuck to move forward.

Click here to get Dixie Yid in your e-mail Inbox.
Posted by DixieYid (يهودي جنوبي) at 11:00 AM

Thank you for your kind words.

The problem was the sentence I cited. Free will IS NOT THE ISSUE.

It is obvious that this girl needs to choose Yidishkeit for herself and that attempts made by others to get her to conform are unlikely to be effective.

Every decision we make effects others and to a certain degree "restricts" their free will. Our decisions and actions limit the options of others directly or indirectly.

Free will does not mean that Yisrael doesn't have the right or responsibility to ensure shemiras hamitzvos and our inability to do so is a sign of our being in galus.

B"H
Beautiful response, DY. You expressed my outlook perfectly. Blessings to you and your readers for the happiest of Purims, LB

Of course you're right that her parents *do* have a right to tell her what to do. That goes without saying. But that it also not the issue here. The question is not whether they have the right. The question is *whether* they should exercise it. And that is dependent on whether or not doing so will have a positive or a negative affect on their daughter. And in the case, as described, it appears that it would only have a negative affect at this point in time. So I think what R' Brody was trying to tell her is that it would be good if they did not try to influence her behavior for the time being. It's not that they don't technically have the right. Of course they do. But that doesn't mean it would be the right thing to do in this case.

Insofar as he equated their being on her back with negating her free will he did say that they do not have a right, he said no one does. It was that sentence and that one alone that I objected to. I understand that this was a rhetorical choice to underscore the importance of her developing a personal relationship with Hakodosh Baruch Hu and the need for her parents to lay off for her sake. But I believe those points were sufficiently made without the sentence in question and as I have noted above I do not think that framing the argument in such terms is parve.