Inner Unity in the Machlokes Btw Ramban & Rambam Re "Dinim" 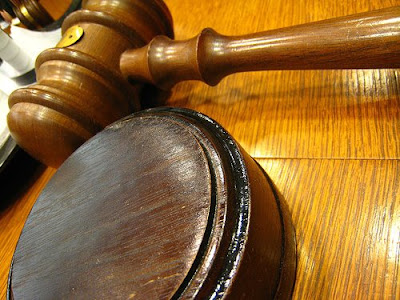 We've talked before about Toraso Shel Moshiach, and how one can discern the unity behind the various machlokes'n (disputes) between major Jewish authorities throughout history.

Tuesday night, September 9th, 2008, I was talking to Rav Itamar Shwartz, the author of the Bilvavi Mishkan Evneh seforim on the way back from Ma'ariv during his speaking trip to the U.S. We were talking about the fact that I was in law school we were talking about being Jewish in a non-Jewish court system and I brought up the opinion of the Ramban (on Breishis 34:12) that non-Jews must keep all of the civil laws that the Jewish people have to keep under their mitzvah of "Dinim" (which is one of the 7 Mitzvos for Bnei Noach). This is in contradistinction to the Rambam's opinion that under "Dinim" gentiles only have to enforce the Sheva Mitzvos Bnei Noach.

The next morning on the way to Baltimore, I told him that I was curious whether or not he had a mehalech (method) of learning any inner unity between the opinions of the Rambam and the Ramban with regard to whether or not Bnei Noach's civil laws are simply an incorporation of the laws of the Jewish people. He asked me if I was asking this because I had my own mehalech or because I wanted to hear if he had one. I told him that I didn't have a mehalech, but that after learning many of the Torahs in Bilvavi Mishkan Evneh Al HaTorah, I had a feeling that he would have a mehalech in learning what the inner unity in this machlokes is.

Without hesitation, he began to explain his pshat in this machlokes to me. He pointed out that there is a question; "How is it shiach (possible) for the Ramban to hold that gentiles have any shaychus (relationship) at all to the Torah's civil laws for the Jewish people, when they come from such a completely different reality than the Jewish people come from?"

He began to answer this by pointing out that in Yemos Hamoshiach, it is stated in the Rambam that on a certain level, the nations of the world will become Avadim to the Jewish people. Which Torah laws does an Eved Kena'ani have to keep? All of the negative Mitzvos and all of the positive mitzvos aside from time-bound commandments. So even though he is still not Jewish, he will keep almost all of the laws of the Jewish people, including the civil laws.

And it is this reality that Bnei Noach actually do have a relationship to the Jewish Civil laws because they will apply to them in the times of Moshiach that makes it possible for them to have any shaychus at all to those laws. And it is this reality that makes it possible for the Ramban to hold that our civil laws are applied to them within their mitzvah of "Dinim."

Amazing insight, eh? I asked him if this is written in any of the seforim and he said he didn't know. (!) Not sure if that's true, but it was certainly an amazing thing to see that he doesn't only unify dispirate aspects of Yiddishkeit in certain areas that he's pre-selected, but even in a machlokes that I just brought out at him from left field, he still had a mehalech at the ready. Ashreinu sheyesh lanu Madrich kazeh!

I would be interested in the rav's insight into Torah observant Jews' roles in the secular legal world.

I once read about (the Breslov actor) Shuli Rand's delimma whether or not to leave the acting profession. His rav--Rav Arush I believe--told him to coninue, as that was his tikkun!

My feeling would be that he would not be too keen on observant jews' involvement in the secular legal system, but I didn't ask him that question, so I'm not sure.

Interesting about Rav Arush telling Shuli Rand to stay in acting. Very unexpected! There are so many halachic problems and pitfalls in these fields that it's not simple to say one is being metaken somehting. It's almost as or more likely that it will end up being a michshol for the person. But I'd also be curious to know!

I don't get it, where's the unity? R' Shwartz explained how it's possible for the Ramban to hold his shita based on something that appears in the Rambam, but this is not a unique Rabmam's shita, it's something that's mefurash in psukim. Unity means they're talking about the same thing, albeit from different perspectives. I don't see how R' Shwartz explained it... Do you?

The unity is as you said it, the same (or at least compatible) things being said from two different perspectives. The Ramban's shita in Dinim b'olam hazeh has it's foundation the dinim for Goyim l'olam habah. Whereas, the Rambam's definition of Dinim has its root in the place of Goyim Ba'Olam Hazeh. They are both true, but as applied to differnt times in history.

It sounds like the Ramban's shita is a little taste of Olam Habah in this world. While the Rambam's is more stictly rooted in Olam Hazeh alone. (Which would explain the Rambam's approach to Hashgacha pratis as more limited to the perspective of this world, as I've brought down already: http://dixieyid.blogspot.com/2008/06/machlokes-does-not-truly-exist.html

I'd say that the shita of the Ramban, who comes from the side of chesed, k'yadua, is in a way of "yamin mekareves". Since goyim do have shaichus to the dinim of Torah, the Ramban lets them have it now (having jewish dinim is a zchus). Whereas the Rambam, who comes from the side of gvurah, whose characteristic approach is "smol docha" sais, not so fast Jose, you're not there now, wait till yemos hamoshiach. So they're looking at the same thing, the Ramban from his characteristic standpoing of chesed, and the Rambam from gvurah.

Great point also! Another aspect of the unity in that their shitos, are, in a way, two sides of a coin. Yasher koach!

About law vesrus acting: I'm not at all surprised at R' Arush's advice. Although acting today is assotiated with many very problematic things, that has nothing to do with acting itself. Acting itself is in fact a very L'CHATCHILA (and that's the key word here) thing. One can be a kosher actor now, and continue being a kosher actor till (and into) yemot hamoshiach.

Secular law however, only has kiyum as long as shiabud malchuyos continues. For when moshiach comes bimheira v'yamenu, secular law will be no longer... It's intrinsically a b'dieved profession, although it may be 100% ok halachically. And one who works in secular law, is meshubad to a system which is in many cases hefech haTorah hakdosha. So being a jewish lawyer, one has to basically hate his profession, and beg Hashem every day as one asks for moshiach, to make the system of secular law sease to exist... And that's almost impossible to do b'emes...

As to acting, that's well and good in theory. But acting for Adi Ran or anyone else doesn't exist *in theory*. It must be practiced in the real acting world, and this is a problemetic world.

Also, you may be making a bit of a mistake as to secular law as well. There's nothing that says that U.S. or any other countries won't have their own legal systems when shibud malchuyos of the Jewish people ends. If you'd said that secular laws wouldn't apply to Jews any more, that would be true, since all Jews would be in E"Y and under Torah law. But Bnei Noach still have dinim, and to either apply those laws or to apply Jewish choshen mishpat laws, lawyers would likely still be needed, as it is a complicated world with complicated transactions all around. So I don't think the choice between having a profession and having Moshiach is as much of a stira as you'd suggested.

-lawyers would likely still be needed-

I highly doubt it. Lawyers are needed when there's a system of law, and people want to use it for THEIR benefit. We don't find lawyers (or a function of lawyers) in Jewish batei din. In fact pirkey avos proscribes it. That's the difference between courts of law and courts of justice. In courts of law, everyone tries to use the law for their best benefit. Hence the need for lawyers, to help you "navigate" the system. In courts of justice, there are judges who represent the Divine justice, and the baalei din are to submit to Divine justice. Hence no need for (and a prohibition against) lawyers. Dinim for goyim, wether the Ramban's or the Rambam's shita, are courts of Divine justice, not secular law.

I don't imply here that being a lawyer is necessarily dishonest, in many cases lawyers help honest people "survive" in this system. But the system, as it is now, is hefech haTorah. And there's no doubt that it will undergo a very fundamantal change with bias hamoshiach. To the extent that, as I said, there will be no need, and in fact a prohibition against lawyers.

That's why, whereas a lawyer can be an honest man, and doing big chesed by helping honest people survive in this system, a jewish lawyer must anticipate anctiously, as we wait for moshiach, that this system should sease to exist, and another system (which will not have a place for him) should come into place. And that's a hard thing to do b'emes.

Several good points but a couple of false assumptions. #1, you're assuming that most attorneys are litigators, which is not necessarily the case. Many or most lawyers are involved in or another kind of transactional law.

2nd of all, you're assuming that Pirkei Avos or the Jewish system of batei din would apply to Gentile Bnei Noach courts. Nowhere does it say that the system of those laws has to be the same, i.e. without lawyers, so the profession certainly may exist in Yemos Hamoshiach for that reason as well.

Also, technology and the complexity of modern trasnactions make business a very complicated business. Therefore, lawyers are likely to be needed for that reason as well.

So I don't see such a conflict between tzipisa l'yeshua & being a lawyer. I think we need to have "a bit" of bitachon in Hashem as well that he'll make sure we all have a parnasa when Moshiach comes as well.

I am not sure I agree. The dinim that Ramban invokes is natural pre-Sinaitic moral law, as is clear from his examples. It has nothing to do with Non-Jews sharing in the Torah.

YOur posts were more as a general discussion. But if you look at the Ramban, where he lays out his shita in Breishis 34:12, I don't think he's saying that. He gives many examples including ones umefateh, & other Jewish civil laws that don't necessarily seem like "natural law" & also says "k'chol dinei Yisroel." So it does seem like more of an incorporation of Jewish civil laws according to the Ramban. Rav Shwartz is explaining how it's shiach for such an idea to even exist for the Ramban. What shaychus do Bnei Noach have to all of the detailed laws of Yisrael she'nikre'u Reishis?