Sanctifying the Heart - Having Breakfast With the Bilvavi 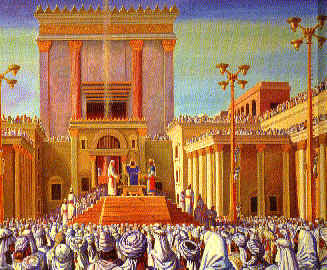 I was just speaking to a heiligeh Chassidisher Yid from Boro Park yesterday and he shared the following vort with me, as an explanation as to what he felt the gadlus (greatness) of the Bilvavi Mishkan Evneh seforim in our generation is:

He asked a question in the name of the Bais Yisroel of Ger. Why does the pasuk say "וְלֹא-תָתוּרוּ אַחֲרֵי לְבַבְכֶם, וְאַחֲרֵי עֵינֵיכֶם," "You shall not stray after your heart and after your eyes" (Bamidbar 15:39) in that particular order? Doesn't one usually first see something that then stirs his heart to desire it? Shouldn't the verse place straying after one's eyes before the idea of not straying after his heart?

The Bais Yisroel explains that when one is working on guarding his heart, thoughts and eyes from focusing on the wrong things, it is best to first start by being mekadesh (sanctifying) his heart, his inner-most mindset, thoughts and feelings. Once his heart is purified, then that which he may see (by accident of course) will not draw him. It will not register, just as if he would be looking at a door or a mouse. (DY: This would be the pshat in the Gemara's statement that women seemed like white Geese ("קאקי חיורי") to Rav Gidel. [Brachos 20a])

My Chassidisher friend said that to him, when he learns the seforim of the Bilvavi Mishkan Evneh, they are so clear and so illuminating, that they have the effect of being mekadesh his heart, sanctifying his heart. He said that now, he feels that shmiras ha'einayim, guarding his eyes, is 60-70% easier than it was 6 months ago because when one's heart is with Hashem consciously, there's just no attraction to retzonios kozvios, false desires.

Along these lines as well, I was zocheh to have breakfast with Rav Shwartz Sunday morning, after he arrived in New York. In response to a question, the Rav's host told him that that he felt that in the past year, he had improved in the area of shmiras ha'einayim, guarding his eyes. Rav Shwartz asked him if this was because he was fighting harder, or because he didn't have to fight as hard? He explained that although it's a madreiga, a level, to fight harder against the yetzer hara (evil inclination) and succeed more, the best thing is to bring Hashem into the consciousness to the extent that one doesn't need to fight harder to win against the Yetzer Hara.

Whether it be through the Bilvavi Seforim, or whatever other method, may we all bring Hashem into our thoughts and consciousness so that our hearts will be sanctified and we will no longer desire any of the false temptations of this world!

P.S. After Rav Shwartz returns to Eretz Yisroel, I hope to post all of his shiurim online. Also, I may be able to post a couple of video recordings of some of the shiurim in the next few weeks.

There's a HaYom Yom where the Frierdiker Rebbe said that when Moshiach comes (speedily in our days) we will pine for the days of golus, when we had the oppurtunity for real avodah.

This post reminds me of the post on A Simple Jew about "the common man's avodah." In most chassiduses what you described is the avodah of a tzaddik. Certainly in chabad we emphasize battling the yetzer hara, until, of course, moshiach comes.

If, however, this approach speaks to you, then you should be matzliach to eliminate the yetzer hara altogether, as a taste of what will be very soon for all of klal yisroel.

Yes, I often feel the fragrance of Yemos HaMoshiach when learning and trying to incorporate the Bilvavi's derech avodah. Perhaps as we get closer to that time, the Torah pertinent to that time becomes more revealed.

Let us not cripple our own growth in Deveikus with Hashem by dismissing that as something that's only nogaiah to Yemos HaMoshiach.

Thanks for this update and all of your efforts.

Perhaps as we get closer to that time, the Torah pertinent to that time becomes more revealed.

The Rebbe gave many drashos on the connection between Moshiach and Chassidus. Since the result of "vayafutzu mayanosecha chutza" is, according to the famous letter of the holy Baal Shem Tov, vias melech hamoshiach, the two must be intrinsically connected. See inyana shel toras hachassidus for a detailed explanation. You have definitely touched on something important.

This reminds me of Chovas Hatalmidim, perek 13 (page 138, about 3/4 way through the perek) where the Rebbe speaks about this. How not to see what you should not see.

I am enjoying your website, just found it recently.

Thanks,
David Solomon
ps regard to my brother, Mordi.

thank you for the he'orah & ma'areh makom to inyano shel toras hachasidus. Devorah Heshelis used this concept as well in her guest post from December '07 regarding her book "The Moon's Lost Light."

It also touches loosly on something I asked Rav Shwartz yesterday in the car regarding the relationship of the shitos of the Rambam and the Ramban in the character of the mitzva of "Dinim" in the Sheva Mitzvos Bnei Noach. I hope to post on it soon.

I hope to meet you in person then. Are you the brother we see around from time to time? Bli neder I'll send him your regards on Shabbos holy brother!

R. Dixie,
Thats my other brother. We live in Ramat Bet Shemesh. IYH we'll get to meet next time I'm in Woodmere for shabbos.
Yasher Koach on getting the Bilvavi shiurim online, a big metziah. Especially since now Bilvavi.net does not allow download.
I really like your blog. Thank you.
Kol Tuv,
David

David, your brother's the host? Holly brother? Were you there on Shabbos & the Melaveh Malka? With the guitar?

And thank you for the kind words!

No, wasn't there for shabbos.

No problem. Saw Mordy on Shabbos. He says "hi" too, but I didn't tell him where it was that I'd spoken to you. :-)