My Search for the Soul of Zion - Sephardi Baqashot - Music Download 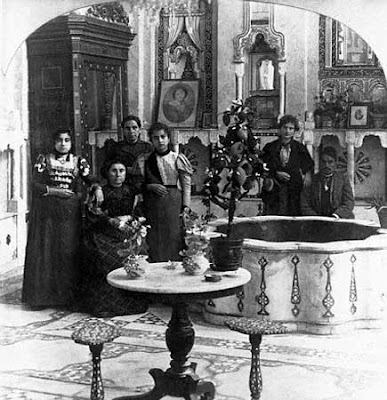 My Search for the Soul of Zion

In honor of the New Month and the approaching Shabbat, I am sharing with you this special article about a sacred genre of Sephardic songs which was written by my brother Kohen, Moshe (Morris) Blanco. I have also attached a recording (mp3 format) of the first song mentioned in this article, “Oh Hashem! In the morning”:

The Sacred “Requests” of the Sephardim

The Syrian Jewish community takes pride in its treasured custom of singing the baqashot (pronounced ba-qa-showt), an elaborate order of songs traditionally sung on the Sabbath. The poems that make up the baqashot were written by Sephardic sages throughout the ages and express an array of themes including redemption, Zion, G-d’s relationship with the Jewish people, the yearning of the soul, and the Sabbath. Baqashot literally means “requests,” titled as such because most of them express yearning for G-d’s mercy and redemption. Furthermore, due to the influence of Kabbalah in the Middle East during this period, the mystical notion that the early morning is an auspicious time for Divine compassion encouraged a tradition of saying petitionary prayers before dawn. It seems that these early morning “requests” evolved into the baqashot tradition in which communities would arise early on Sabbath mornings to sing.

Judaism views music as a means of expression and elevation. For example, after our ancestors left Egypt and crossed the sea, they spontaneously poured out their emotions through song. Furthermore, the expressive nature of music enables one to become elevated and to uplift others, as we find that the Levites continuously provided musical accompaniment in the Temple and that prophecy was attained through music (I Sam 10:5-7; II Kings 3:11-16). This perspective, as especially emphasized by Kabbalah (Jewish mysticism), served as a springboard for the baqashot. The origins of the compilation of the baqashot and their melodies are somewhat unclear. Expelled from Spain in 1492, where Arabic and Jewish poetry had flourished, Jews spread throughout the Middle East bearing a treasury of artistic literature. It appears that in the 16th century, Rabbi Yisrael Najara of Damascus, the renowned poet and scholar, compiled and originated the custom of singing the baqashot (Mosseri).1 Over time, various scholars and poets contributed to the baqashot, expanding it into a compilation of 66 songs. As opposed to most other genres of Jewish music in which melodies are adapted from secular, non-Jewish songs (e.g. pizmoneem, zemirot etc…), the baqashot tunes are almost entirely Jewish in origin (Kligman, Modes 26).

The singing of baqashot was most prevalent and advanced in Aleppo, Syria (Arking) and it “continues till this very day in Syrian synagogues world over. The participants reach a sublime feeling of fervor and ecstasy” (Shir Ushevaha 3). Benjamin II, a 19th century Romanian Jewish traveler, vividly describes his experience of the Aleppo community and his astonishment at their dedication to the service of G-d. He witnessed hoards of people, laymen and scholars alike, gathered in the synagogues on Friday nights to experience the holiness of the Sabbath by singing this order of soulful songs until the time for the morning prayers arrived. As part of the Aleppo community, I have developed a great love and appreciation for the baqashot and have also witnessed the custom’s dampening. In the Syrian community of Brooklyn, New York, knowledge of the baqashot has waned in recent generations, but efforts are being made to preserve their continuity; certain synagogues host baqashot once or twice a year, inviting community members and hazzanim (cantors) to participate after their Friday night meals for a few hours. Gifted children are being taught from young ages to sing the baqashot and have even been placed in choirs.

The baqashot are sung by some families around their Shabbat tables, and due to their complex melodies and solo sections, those that know them well are highly respected. Nowadays, the baqashot are better known in Israel. Some Sephardic communities in Israel have the custom of singing the baqashot in synagogues after the Friday night meal. Certain changes have been made to the traditional melodies, but most of them are fairly subtle to the average listener. In fact, there are a few synagogues that continue the practice of singing them during the wee hours of Shabbat morning. The synagogue most renowned for its baqashot is the Ades Synagogue of the Aleppo community in the Nahla’ot section of Jerusalem.

About four years ago I attended ‘Ades’ baqashot for the first time. It was a crisp Jerusalem winter night. I got up at two o’clock AM and strolled through the uninhabited streets of Jerusalem that were so quiet I could hear a pin-drop. As I walked up the steps nearing the synagogue, I heard sounds of heartfelt song emanating into the Jerusalem sky. I arrived at the synagogue, and to my surprise, I beheld a mass of people that the room could barely contain – to such an extent that many had to sit on plastic chairs outside. Luckily, I was given a cramped place to sit inside, a cup of Turkish coffee to drink, and a small red book of baqashot with which to sing along.

Some major themes of the baqashot are reflected in the following quotes:

1. Oh Hashem! In the morning I will arrange my prayers to You; in the morning may You also listen to my voice, in Your kindness. Hear my voice! Oh, You Who dwells in the Heavens, listen to my voice every evening, morning, and afternoon; to You I have raised my heart and my eyes; in Your vast kindness may I come to Your abode.

My soul praises G-d at all times; the heart and tongue are connected with a tightly twirled string; He is the creator of all and He supports everything; He formed you and will hold you up. (Ibn Gabirol)

2. In front of Your Greatness I stand and tremble, for Your eyes see all of the thoughts of my heart; what can the heart and tongue accomplish, and what is my strength? My spirit within me. (Ibn Gabirol)

3. Pay attention (place your heart) to your soul. And her (the soul’s) light is like the light of the sun, sevenfold the light of the dawn. Awaken! For every night your soul ascends on high, to give judgment and accounting of its doings, to the Creator of evening and morning. You find it renewed, with purity and enhancement, like a bride adorned with jewelry – every morning. (Author unknown)

4. How honored is this (Shabbat) day from all days! He gave it as an inheritance, the Rock of the worlds, to the nation He chose from the nations – Israel is sanctified to G-d. (R’ Mordekhai Labaton)

5. Because I will guard the Shabbat, G-d will guard me. It is an eternal sign between He and I. ((R’ Abraham Ibn 'Ezra)

6. He on high is mighty and awesome, hidden from all thoughts; may He quickly build the mountain of Zion and bequeath it to the low and poor nation; a day that is complete Shabbat. (R' Abraham Ibn 'Ezra)

Click here to get Dixie Yid in your e-mail Inbox.
Posted by DixieYid (يهودي جنوبي) at 11:45 AM