Why You Shouldn't Get Discouraged About the Teshuva/Sin/Teshuva Cycle 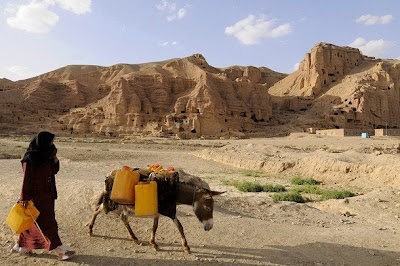 Lest one get discouraged after Yom Kippur because he's already sinned and done Teshuva and sinned again and done Teshuva again, etc, I want to share the following story and an idea from my rebbe's drasha before Ne'ilah.

In Sippurei Chassidim (p. 94), Rav Shlomo Yosef Zevin brings down a ma'aseh about Rav Yisroel Rizhiner. The holy Rizhiner was in Odessa on doctor's orders. When he was there, he heard that there was a grandson of Rav Yaakov Emden there, named Meir. Meir had gone "off the derech" and was no longer frum. The Rizhiner invited Meir to come back to Rizhin with him and promised to take care of all of his needs. Meir agreed and came back to Rizhin with the Rebbe. The Rebbe took care of Meir as he had promised and Meir was Chozer B'Teshuvah.

One day, Rav Yisroel noticed that Meir looked depressed. He asked him why he was sad and he said "If it's because of your sins, remember that Teshuva works!"

Rav Yisroel answered him by saying that since he heard he (Meir) used to be known as a big Ilui (genius) and a Lamdan so he wouldn answer him in the way of the Lamdanim. He asks on the phrase in the Shmoneh Esreh of Yom Kippur, "כי אתה סלחן לישראל ומחלן לשבטי ישורון." He asks why it calls Hashem סלחן and מחלן (meaning "forgiver") instead of more simply סולח and מוחל? He answers based on the Gemara's Drasha in Bava Metzia 33a on the Pasuk in Shmos 23:5, "רֹבֵץ תַּחַת מַשָּׂאוֹ." The pasuk gives the mitzvah to help an enemy's donkey crouching (רֹבֵץ) under its load. And the Gemara darshes that only if it's "רובץ ולא רבצן." Rashi there's explains that the difference between "רֹבֵץ" and "רבצן" is that the "רבצן" is consistently crouching under loads. Rav Yisroel said that we see from here that the difference between something with a nun at the end of the word and without it is that the nun at the end implies that this is a constant, repeating characteristic. Therefore, he says, we call Hashem סלחן and מחלן in davening because he forgives again and again. If we fall backward and sin again and again, Hashem is ready to forgive us every time we do Teshuva.

Right before Ne'ilah on Yom Kippur, my rebbe also asked why we say "Slach Lanu" in Ma'ariv right after Yom Kippur. What could we be asking forgiveness for immediately after Ne'ila?! And he answered (I can't remember in whose name) that we may already be guilty of the biggest aveira of all, which is not believing that Hashem truly has forgiven us for all of our aveiros.

May we merit to remember that Teshuva really does work and that Hashem really did forgive us on Yoim Kippur. Therefore, let us remember that today is a new beginning and that we can make this year different because our past is behind us!