The "Chiddush" of the Baal Shem Tov - Translation from the Piaczena 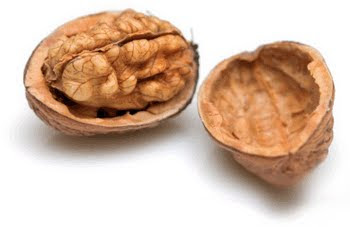 As more of an explanation of this post, about the "innovation" of the Baal Shem Tov, I wanted to translate (loosely) the first couple of paragraphs of the third perek of Mevo Hashe'arim by Rav Kalonymous Kalmish Shapiro of Piaczena, the author of the Aish Kodesh, which is printed in the back of his sefer Hachsharas Ha'Avreichim. Some explanatory translation here is attributable to the shiur on this piece by Rav Moshe Weinberger downloadable here. Any mistakes in explanation/translation are due to my failure to understand either the sefer or my rebbe's shiur...

When the Baal Shem Tov ascended to the upper world on Rosh Hashana of the year 5507 (1746), he entered Moshiach's courtyard. There, he asked Moshiach when he would come. Moshiach answered "When your wellsprings spread outward," as is known in the letter in the sefer Poras Yosef by Rav Gershon Kitover. Chassidus is the last revelation before Moshiach, may he come soon in our days. And it is the beginning of the rays of light of Moshiach's sunrise.

The primary messianic revelation is impied by the pasuk in Chavakuk 2:14, "כִּי תִּמָּלֵא הָאָרֶץ, לָדַעַת אֶת-כְּבוֹד יְהוָה, כַּמַּיִם, יְכַסּוּ עַל-יָם," that the world will be filled with knowledge of Hashem as the water covers the sea-bed. And the main foundation established by the Baal Shem Tov was in the explanation he revealed in the pasuk in Yeshaya 6:3 "מְלֹא כָל-הָאָרֶץ, כְּבוֹדוֹ", "the kavod of Hashem fills the world." (In this pasuk, the Baal Shem Tov taught that the pasuk was also to be understood literally, that there is Elokus in everything.)

Many people, even many who were great in Torah, persecuted the holy one of Israel because of this by claiming that, G-d forbid, the Baal Shem Tov was saying that the kavod of the One Above was physical [thus degrading the kavod of Hashem]. But the ever-awake and holy one who descended from heaven, our holy Rebbe, the Baal Shem Tov, knew that not only was he not making Hashem's glory corporeal, G-d forbid, but rather that he was increasing and revealing the kavod of Hashem through his teachings. And not only is the Baal Shem Tov's explanation of the above verse in accordance with it's simple meaning and with logic, but it was also necessary to reveal this "first light" before the the awakening of the sunrise of Moshiach from above. And if shamayim had not allowed him to reveal this light in advance of the dawn, and the world had not been prepared for the illumination of morning, then the sunrise of Moshiach would have, G-d forbid, been prevented from occuring.

Therefore, he announced the truth that not only is G-dly life found within everything of this world and that all physical life revolves around and conceals this G-dliness, but that physicality and earthliness themselves, which appear to us as only physical, are, in truth, completely Elokus. All we require is eyes to see and a sanctified body. Then, when you look at the world, you will be looking at G-d, and G-d at you. Hashem's glory fills the entire earth, so that even earthliness which enclothes [the Elokus], and the vessels of this world themselves are full of the illumination of Hashem's glory. And so the Baal Shem Tov was the beginning of the fulfillment of the Navi's promise that the earth would be filled with the knowledge of Hashem, which will be fulfilled with the coming of Moshiach, may it be soon in our days, that even the earth itself (not just the G-dliness concealed by the earth) will be filled with the knowledge of Hashem.

The "drawing down" accomplished by Tzadikim in earlier generations drew down Hashem's light more and more, and deeper and deeper into the world, but this "drawing down" was only done into the space within the vessels which comprise this world. But now, the "drawing down" and revelation accomplished by the Baal Shem Tov and his students is completely new. It was a drawing down into the walls of the vessels, which comprise this world, themselves, such that the walls of the vessels of this world themselves were transformed into "light." But this does not mean that they were "transformed" into light per se. Rather, the light that they already contained was revealed.

Consider what these vessels actually are. Hashem created them from light. Thus, they are the light of Hashem. It is known that the root source of the letters of the Aleph Bais and the vessels of this world are higher than the inner root(?). And that they came from the world of "Atzilus" originally. (which is explained in Eitz Chaim Heichal 1, Sha'ar 4, and specifically in the drush of Rav Gedalia Halevi there, and in Sha'ar 1, Anaf 2 in Haga'os U'biurim 1, he brings a distincition, that the vessels of Malchus She'b'asiya (the physical world) were created by Hashem at the beginning of creation, even before the first man and the world of "Atzilus", and that their lights, i.e. of Malchus D'asiya were created last, ayin sham.)

This means that the vessels of the world of Asiya were created before the lights that they concealed/contained, even before Adam Harishon and Atzilus. So the root of the vessels, even of the lowest world of Asiya, are much higher [than the revealed light), and only afterward became coursened vessels which conceal.

Picture courtesy of easydayswork. Click here to get Dixie Yid in your e-mail Inbox or here to subscribe in Google Reader.
Posted by DixieYid (يهودي جنوبي) at 6:00 AM

wonderful concept, thank you for sharing. btw, can we add each other to our respective blogrolls?

This concpet is central to and expounded in great length in Chabad.