Piaczena Rebbe's Copy of the Zohar on E-BAY? (updated) 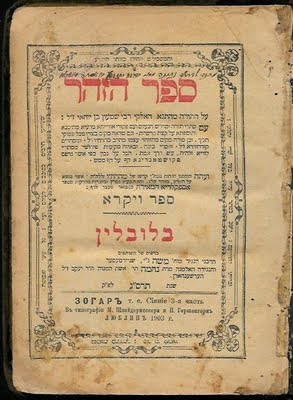 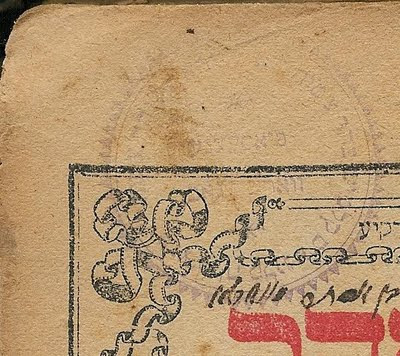 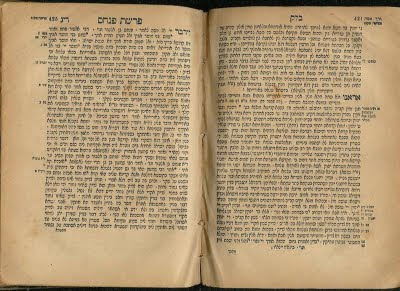 Rabbi Shlomo Gelbtuch brought to my attention that someone is selling what is purported to be Rav Kalonymous Kalmish Shapio's copy of the Zohar. It would be a shame if this is legitimate and this sefer ends up in the hands of a secular collector or something like that. The pictures seem to show a stamp on the sefer with the Rebbe's name on it.

You can see the e-bay page HERE.

You can see the text on the e-bay sale page here:

This is a Zohar which belonged to the renowned Rabbi Klonymus Kalmish Shapira - the Piaseczno (Poland) Rebbe. It was given to him as a present for his wedding by a Chassid named Yehuda Yechezkel.
The Zohar has his personal seal on the title page [see scan] and the inscription.

Rabbi Kalonymus Kalman Shapira (or Klonimus Kalmish Szapira) (1889–1943), was the Grand Rabbi of Piaseczno, Poland, who authored a number of works and was murdered by the Nazis during the Holocaust.
Kalonymus Kalman Shapira was born in Grodzisk, Poland to his father, the Imrei Elimelech of Grodzhisk. Named after his maternal great-grandfather, the renowned Maor VaShemesh, he was a scion of a distinguished family, which included Rabbi Elimelech of Lizhensk, the Chozeh of Lublin and the Maggid of Kozhnitz.

At the age of three, he was orphaned by the death of his father. In 1905 he married Rachel Chaya Miriam, daughter of his nephew Grand Rabbi Yerachmiel Moshe of Kozhnitz. She helped him prepare his lectures and books, even adding pertinent insights of her own. The couple had two children: a son, Elimelech Ben Zion, and a daughter, Rachel Chayyah Miriam, both of whom perished in the Holocaust.
In 1909 he was appointed rabbi of Piaseczno, near Warsaw, and subsequently attracted many hasidim. He was deeply focused on the education of children and young men, establishing the yeshiva Da'as Moshe in 1923, which became one of the largest hasidic yeshivas in Warsaw between the wars

In his work as a teacher, Rabbi Shapira attempted to reverse the trend toward secularization, which swept the Jewish community in Poland between the wars. The vibrant cultural life of the city, as well as the attractions of political movements such as Zionism eroded the number of students wishing to pursue a yeshiva education. These trends, Rabbi Shapira argued, could only be exacerbated by archaic educational methods, harsh discipline and rote learning, such as were often the practice of the day in yeshivas. According to Rabbi Nehemia Polen (a noted expert on Rabbi Shapira’s work) in his most important work, Chovas haTalmidim (“The Students’ Responsibility”), Rabbi Shapira argued that a child must be imbued “with a vision of his own potential greatness” and be enlisted “as an active participant in his own development.” Likewise, teachers “must learn to speak the language of the student, and graphically convey the delights of a life of closeness to God.” Rabbi Shapira argued for positive, psychologically sensitive, joyous educational methods.

Rabbi Shapira's only son, his daughter-in-law and his sister-in-law were killed during the Nazi aerial bombing of Warsaw in September, 1939. After the invasion of Poland, Rabbi Shapira was interned with a few of his hasidim in the Warsaw Ghetto, where he ran a secret synagogue. He invested enormous efforts in maintaining Jewish life in the ghetto, including arranging for mikveh immersions and kosher marriages. Rabbi Shapira was able to survive in the ghetto until its liquidation, avoiding the great deportations to Treblinka in the summer of 1942, because of the support of the Judenrat. Like other notables, he was given work at Schultz’s shoe factory -- a path to ongoing survival.
Rabbi Shapira is well known because of a book he wrote while in the ghetto. The book, which is a compilcation of weekly sermons to his students, contends with complex questions of faith in the face of the mounting suffering of the Jews in the ghetto. When it became apparent to Rabbi Shapira that the end of the ghetto and all its inhabitants was near, he buried the book in a canister. This canister was found by a construction worker after the end of the war. The book was published in Israel in 1960 under the title Esh Kodesh

After the Warsaw Ghetto Uprising was crushed in 1943, Rabbi Shapira was taken to the Trawniki work camp near Lublin. Although offered the opportunity to escape from the concentration camp, he apparently refused. Following the Jewish uprising in the Treblinka death camp (August 2, 1943) and in Sobibor (October 14, 1943), there was increasing concern among the Nazi authorities that there would be further outbreaks of violence at other concentration camps. For this reason, Aktion Erntefest (“Harvest Festival”) was launched. During this operation, carried out on November 3, 1943, all the remaining Jews in Trawniki, included Rabbi Shapira, were shot to death.
Rabbi Shapira’s memory is revered, and he is held as an example of faith under enormous duress. Orthodox Jewish thinkers, however, have not always been comfortable with his opinions. In his article about this issue. Amos Goldberg states that other, more traditional portrayels of the Holocaust in Orthodox writings tend to dwell on the miraculous survival of famous rabbis and on the strength of the faith of Jews in Nazi-occupied Europe despite their suffering. In contrast, Shapira does not shy away from describing the deterioration of faith in the ghetto. He also wrestles with the difficulty in continued faith in God’s justice under such circumstances, drawing answers from Kabbalah and other Jewish sources. It is important to note, however, that despite these intellectual and emotional struggles, Rabbi Shapira’s faith remained strong and unwavering and he continued to inspire others to the end of his life.

Wow. Wouldn't it be something if Aish Kodesh members chipped-in and purchased the sefer for Rabbi Weinberger?

A friend of mine suggested that this morning. Are you him?

It would especially significant, considering the Aish Kodesh's yohrtzeit is coming up this month!

It is obvious, all you need is $50 from 40 guys! If someone is arranging I would contribute. Setup a PayPal account and include a letter with the sefer with a list of names.

Wouldn't it be great if they bought it for the Rebbe in RBS? Return the Sefer to it's rightful owner... the Rebbe's grandnephew(?).

Great idea. I hear it!

Anything happening with this?