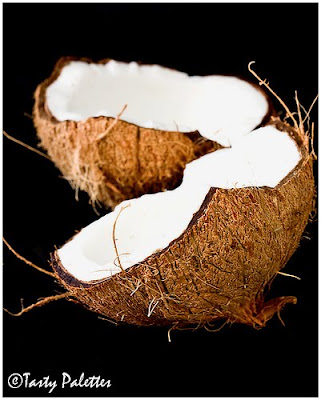 The first step is to follow the way of Yaakov. We all must “sit in the tents of Shem,” study Torah and pray with intense dveikus with our Creator. But this is not enough to imbue a person with a spirit of prophecy. One can only really become holy by drawing down the illumination that he grasps with his mind and using that light to sanctify the material reality, which is Eisav’s realm. This entails binding our hearts with Hashem even while we are occupied with physical activities, and it is one of the hardest avodos. We must sanctify our thoughts while we are involved in the pleasures of this world, and this can only be attained through continuous effort by knocking on the gates of holiness with real obstinacy. We must be willing to wait until the gates open and we are afforded truly deep dveikus, since it is not enough to be satisfied with a lower level of dveikus which is easily attained. We all must toil to grasp a very deep and meaningful dveikus with Hashem in our innermost being.

The first step towards attaining this dveikus is to focus on it during prayer, since one is closest to entering the gates of connection with Hashem at that time. Once the spirit of Hashem rests on a person during prayer it is much easier to learn Torah with fiery enthusiasm and dveikus too. This is in keeping with Rav Levi Yitzchak of Berditchev’s statement that if one recites Shacharis with abundant vitality and dveikus, the Torah he subsequently learns will also be imbued with fervor and freshness.

But what is one to do if his prayers were not filled with dveikus? In that case he must make an even greater effort to at least learn Torah with passionate attachment to Hashem. When a person consistently learns and prayes with dveikus and focuses on the Divine Names formed by every word of Torah and prayer, he will be filled with the light of ruach hakodesh, of Divine inspiration. However, even this is still not enough to merit redemption. The redemption will only come when true prophecy is restored to us. Prophecy means that the light of Hashem rests on a person’s physical body so that he purifies the entire material reality, since his every act is for the sake of heaven.

This is why the soul of Dovid HaMelech was originally hidden in Edom, as indicated by the name Admoni which signifies Edom. But the Shelah HaKadosh teaches that he is the positive manifestation of Edom, unlike Eisav.[1]

[This is the meaning behind Yaakov’s donning Eisav’s “desirable garments” that he had stolen from Nimrod so that he could receive the blessing from Yitzchak.] We all must elevate the aspect of Edom which is represented by the physical body, since it is only through the physical that we build vessels to receive the light of prophecy. We must purify even the lowest aspects of physicality through an intensely powerful dveikus from the innermost depths of our being. This is because the more corporeal something is, the higher the light that is necessary to sanctify it.

Picture courtesy of tastypallates. Click here to get Dixie Yid in your e-mail Inbox or here to subscribe in Google Reader.
Posted by DixieYid (يهودي جنوبي) at 12:05 PM