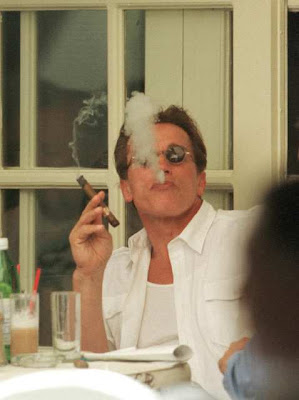 At the beginning of Parshas Eikev, the pasuk says, "וְהָיָה עֵקֶב תִּשְׁמְעוּן...וַאֲהֵבְךָ, וּבֵרַכְךָ וְהִרְבֶּךָ." Rashi brings down the Medrash Tanchuma (Parshas Eikev Siman 1) that, "שיש בהן מצות קלות שאין בני אדם משגיחין בהן אלא שמשליכין אותן תחת עקביהן." He tells us that the mitzvos whose reward is referenced at the beginning of Parshas Eikev are for us keeping those mitzovs which seem most insignificant, such that people generally trample over them with their heels. The context of this statement that Rashi distills for us is Dovid Hamelech's fear that perhaps he had transgressed one of those seemingly insignificant mitzvos. In the words of the Midrash, "היה דוד מתירא מיום הדין ואומר, רבונו של עולם, איני מתירא מן מצות החמורות שבתורה, שהן חמורות. ממה אני מתירא. מן המצות הקלות, שמא עברתי על אחת מהן." Dovid Hamelech was afraid of the Day of Judgement and he said, "Master of the World! I am not afraid of the weighty mitzvos in the Torah because they are weighty. What am I afriad of? From the insignificant mitzvos. Maybe I have transgressed one of them!"

My rebbe brought down this Rashi and Midrash Tanchuma and asked: If the "insignificant" mitzvos referred to by Rashi are Mitzvos D'oraisa or D'Rabanan that are commonly neglected, then how could Dovid Hamelech have thought that he had transgressed one of these mitzvos!? He was sinless (aside from the Ma'aseh with Bas Sheva and that is also not so simple). "Libi Chalal B'kirbi." Another proof that these מצות הקלות, "insignificant mitzvos" are not your average neglected mitzvos like lashon hara and others is that the Gemara in Chagiga 5a explicitly defines a very similar pasuk differently. The Gemara asks what is being referred to in the pasuk in Koheles 12:14 which says that Hashem judges us on the "hidden" sins. It says, "מאי 'על כל נעלם'? ...ושמואל אמר זה הרק בפני חבירו ונמאס." The hidden sins Hashem judges for are not even technically sins. The example Shmuel gives in the Gemara is spitting in front of someone, thus making him feel disgusted. Even doing something small which causes others around you a feeling of unpleasentness is considered something for which we are judged. And it is that higher level of sensitivity that Dovid Hamelech was afraid that he had transgressed in the Midrash Tanchuma.

According to my rebbe's connection of this Gemara in Chagiga to our pasuk in Parshas Eikev (which I believe he might have gotten from the sefer Darchei Noam by the current Slonimer Rebbe), the great rewards of that pasuk are meant for people who are considerate with other people on the "insignificant" things bein adam l'chaveiro. It's amazing that such great rewards are in store for people that avoid doing gross things like scratching excessively or picking their noses! (Excuse my vulgar prose...) 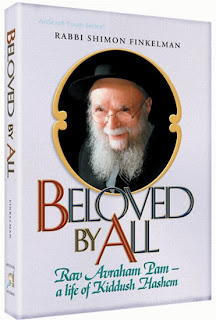 My rebbe ended with a great story about Rav Pam, zt"l, from the book, Beloved By All, about Rav Pam's life. Once on an erev Shabbos, a young mother whom Rav Pam knew from their Flatbush community called him in distress. She had just had a baby and the other kids were climbing the walls. Her husband was not going to come home from work for another hour. Could she put off doing certain things for the baby until Shabbos that she normally did before Shabbos? He answered her that he could not answer that shaila right on the spot and that he would call her back. The things she was asking about were clearly assur, but instead of answering her directly and leaving her with no plan or eitza, he asked two of his granddaughters to go over to her house. They arrived 10 minutes later at the young mother's house and one helped with the children and one helped in the kitchen. Rav Pam called back 30 minutes later and asked how she was doing. She thanked him and said that things were certainly much more managable now. He then answered her shaila, telling her that she would not be able to do those preperations for the baby on Shabbos.

He certainly exemplified the consideration and sensitivity we should exhibit towards others. It's a good example for us that we shouldn't cause any אי-נעימות, or unpleasentness to other people with our behavior.

May Hashem give us the strength, attention, and sensitivity to be conscious of the sensibilities of other people, and may we thereby see the rewards of Bracha, love, and children promised in Parshas Eikev!