Role of Free Will in the BT's Teshuva Process - Follow-Up 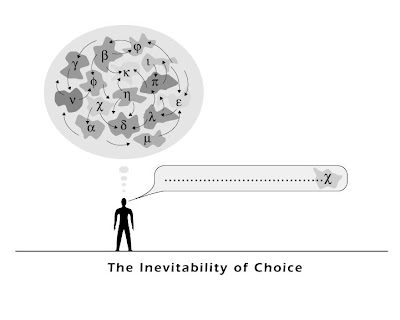 I was just having a conversation by e-mail with Neil at Modern Uberdox about my post from last week at Beyond BT, which related to the concept of how much free will we Baalei Teshuva really have in deciding whether or not to become frum. It's an experiential question and I think the post and the comments over there were very interesting, so I suggest checking it out. I'm going to post some of my comments to Neil below as a clarification to that piece at Beyond BT here:

I was thinking of the nature of the attraction to Yiddishkeit that we BTs felt/feel and where that comes from, especially given that many others go through the same experiences and don't feel the same attraction.

I guess I was kind of taking the fact that the Rambam says free will can be limited as a punishment for certain bad choices and the fact that R' Tzadok and R' Mordechai Yosef of Izbitz say that sometimes Hashem gives us nisyonos in aveiros that are literally too difficult to pass and are beyond our "free will point" [as referred to by R' Eliyahu Dessler], and I was expanding that idea to a new area (hope I'm not an apikores!). I was extending it to the realm of positive things. Instead of doing an aveira out of a limiation on free will as those 3 aforementioned sources were referring to, I'm talking about being inspired to do teshuva though an isarusa d'leila, an inspiration from above. I was saying that I think that the inspiration to be chozer b'teshuva comes to some and not others because Hashem, for whatever reason, has decided to bestow that inspiration on a specific person.

Even the most successful kiruv organizations like the Zarets' program at UCLA only have a success rate of about 20%, which is great. So why do those 1 out of 5 people become frum while the other 4 out of 5 don't? They attend the same events. They meet the same inspiring personalities. They hear the same speeches from kiruv greats like R' Mordechai Becher, R' Jonathan Rietti, Tuvia Singer, and others. I was seeking an explanation for that phenomenon.

Am I taking the idea too far?

I think you are oversimplifying - its not just exposure to the same events & teachers that needs to be taken into consideration, but the entire range of variables that make each person unique.

Chaim, thanks for the comment. :-) Those factors do certainly play a role but I don't think they really make a nafka mina in terms of answering the question, as perhaps you do. I don't think differing personalities due to people's individuality can really explain the phenomenon either. The reason is that there doesn't seem to be, in my experience, a single or set of personalities who are drawn to do teshuva. Though every individual is unique, the spectrum of personality types of people who are drawn back into the fold are too manifold. Although there are some patterns in personal experience that many Baalei Teshuva share, the patterns just aren't there to really explain which people are moved to return and which aren't.

Dixie Yid said " I don't think they really make a nafka mina in terms of answering the question,"

Since we clearly don't know and can't know all the personal and environmental factors that enter into people's decisions, how can we speculate about the reasons for the success rates cited? Even if we polled the people in question, could they really know and properly weight all the factors that apply to themselves?

Similar considerations have been discussed about weather reporting. Some infinitesimal difference in what happens today can make a major difference in the weather later on.

I remember a diagram in one of Rebbe Nachman's books published by Breslov Research Institute. It showed what looked like a big wagon wheel with spokes. When a person at the center makes a very low angle turn in either direction, the point he sees on the rim moves a lot. This symbolizes how a Jew's seemingly minor actions or decisions have a great effect on the cosmos.

In essence, I agree with you. My point was that I don't think using personality traits can be used as a general explanation for why some people decide to become "Baalei Teshuva." I just don't think it's sufficient. But I do agree with you personality differences are so variant and so important, that they are as unpredictable predictor of a person's choices as a meteorologists predictions about the weather.

Maybe it's a combination of character traits and the life experieces they have already had that determine how people will respond to Kiruv stuff.

The diagram that Bob mentioned is at the end of RESTORE MY SOUL. (I've been meaning to comment for a while)