The inconsiderate Meshulach & Judging Others 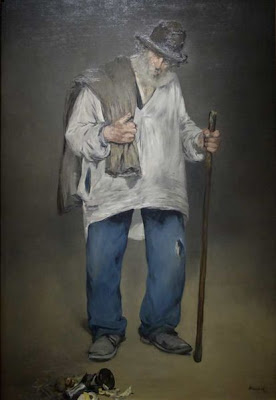 One morning recently, I was approached during davening by a person collecting money for himself, holding a certification from a rabbinical organization, showing that he was a good recipient for tzedaka. I handed him a dollar and asked for .50¢ change. He said he didn’t have change and walked away with the dollar bill.

Immediately, I felt annoyed. What did he think he was doing?! I considered following him and asking for my dollar back since he’d essentially taken it without my permission, or at least fifty cents of it. I wondered how he could live with himself, knowing he’d just walked away with some money from someone who didn’t agree to give it to him.

Then I remembered what the Baal Shem Tov said; that every time you see someone doing an aveira, Hashem is showing you that because you are guilty of the same thing.

Then I realized how I am, in fact, guilty of the same thing and have no place judging someone else. How many times have I taken a salary from my employer, who expects certain things in return from me. And then I turn around and basically say, “Well here’s the job that I can do. Hope it’s enough…” What I’ve done is basically say that I can’t do all of what’s asked of me, but I keep that paycheck anyway.

Alternatively, Hashem could have been telling me that I’m taking the benefits of this world, a beautiful family, good health, a home, a great rebbe, wonderful parents and in-laws, and many other things, but I’m telling Hashem that I cannot fully pay my bill for all of these great things. Just like that meshulach, tzedaka collector, I take things that were given to me with certain expectations, without fulfilling those expectations.

By judging that man harshly, therefore, I was judging myself. (As can be seen in the Meor Einayim and Ohr Gedaliyahu on Yom Kippur in the name of the Baal Shem Tov) Whatever that man may have done wrong is between him and Hashem. However, whether or not I learn what Hashem wants me to learn from having seen what I saw is up to my own free will.

May you and I merit to learn the lessons that Hashem intends for us from the things that we see around us!

A more basic kaf zechus for the guy is he figures that you were probably asking for change al tnai that he had it. Many people give a dollar to meshulachim as their standard so he probably thought you were doing the same thing, except if he had change you'd prefer that.

In an ironic twist, I'm reading this at work!