Learning the Torah that Speaks to *You* 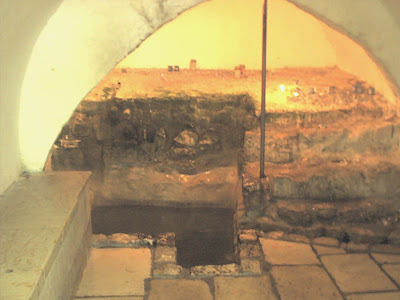 Rabbi Shteinzaltz, in his peirush on Tanya, commenting on the Baal Hatanya's introduction, told over a story with Rav Yosef Karo, the author of the Shulchan Aruch. He was learning kabbalah from the Ramak. But when the Ramak was niftar, he went to learn kabbalah from the Ar"i z"l. However, whenever he was listening to the Ar"i z"l was speaking, Rav Yosef Karo could not stay awake. He always fell asleep. At one point, the Ar"i z"l finally told him that he should not learn kabbalah by him because that type of Torah was not *his* personal chelek in Torah and it was therefore not shiach to him. This is probably why we say "v'sein chelkeinu b'sorasecha." This does not only mean that one should be zoche to be given our portion of the Torah. But it also is a tefilla that we are zoche to figure out what "our" chelek in Torah is.

Another point related to this is how the Baal Hatanya starts his Hakdama to the sefer Tanya. He says that the Tanya is intended for "kol anshei shelomeinu of our region and those close to it." It's interesting that he doesn't direct it at all of Klal Yisroel, but rather rather at those Yiddin who are from the same region, and share the same experience and related shorshei neshamos.

I heard from my rebbe that the most recent Lubavitcher Rebbe, z"l, would command the baal hamenagein, the song leader, by saying, "Zogt ah nigun!" "Say a nigun!" Why did he say to "say" a nigun? And not to "sing" a nigun, which would obviously make more sense grammatically. He explained that perhaps the reason is because a song, a nigun, is not just supposed to be something that one sings or listens to. It is supposed to "speak" to you. If a nigun doesn't "say" something that applies to you, it isn't doing its job. Perhaps this is why we have a minhag to say Torah to a "tune." It's because just like a nigun is supposed to speak to you, the Torah one learns is supposed to speak to you personally.

May Hashem merit that we all find those parts of the Torah that speaks to us personally!

Click here to get Dixie Yid in your e-mail Inbox.
Posted by DixieYid (يهودي جنوبي) at 8:19 AM

I've always found this interesting: The Alter Rebbe wrote a Sidder and a Torah sefer (Tanya) on Jewish Thought & Practice. One would have thought that a Siddus would be written for his followers, while the Tanya would be written for the world - but, in fact, if you read the hakdamos you find that the opposite is true:
He states that the Siddur is written as a Shaar Hakolel for all Klal Yisroel to daven, and the Tanya is for those who are connected to him... I've always found that surprising.

Great post, Dixie Yid.
It's amazing that some mistakenly believe that learning "your" Torah is a flaw in talmud Torah, and in particular, the (unreachable?) goal of lishmah. An amazing additional reayah to your post is a the famous Hakdamah to the "Eglei Tal" in which he states that our tefillah of "Ve'ha'arev Nah Hashem Elokeinu Es Divre Torascha", i.e. our request that the Torah be pleasing and pleasant to us, is a major component of talmud Torah! Rav Shimshon Pincus ZT"L writes extensively on this in his seforim.

One more thought that a friend shared with me: he said that despite the above, he was feels/was instructed that in order to become a true talmud chacham, he davka should begin learning inyanim in Torah that are not the "your" Torah which we all know and love (not exclusively, but in addition to the "your" Torah). His words had a profound effect on me, although I have not yet been zoche to implement this in my own learning.
~Yavoh Yedid

Very true. Also see Avoda Zara daf 19A-B (Bavli) where there is a long conversation about this.

(It begins with the story of Levi & R Shimon ben Rebbe while learning with Rebbe: When they finished what they we were studying, R' Shimon wanted to learn Tehilim while Levi wanted to learn Mishlei. R Shimon won and they learned Tehilim, but when when they go to the passuk "Ki Im BeToras Hashem cheftzo" Rebbe explained explained "ein adam lomed Torah ela mimakom shelibo chofetz, so Levi arose and said "now I have permission to leave and learn what I desire. And the Gemorah goes on with a long discussion darhening psukeim about derech halimud)

Very true. I hadn't thought about it but it is kind of ironic. But probably a wider cross-section of Yidden learn Tanya than daven Nusach Ari!

I have also, of course, heard the idea that one should try to conquor those areas of one's weakness. And it is davka those areas where you face the greatest nisayon and that is where your quest for shleimus should be directed. This is found in Reb Tzadok I believe. He says that the thing that is hardest for you is that way davka because Hashem is telling you that *that* is the area where you can not only be good, but *great*.

It's difficult to square that with the "libo chafeitz" thing. Perhaps that's for aveiros/mitzovs/kedusaha and libo chafeitz is for torah...

Great gemara. Thank you for reminding me of it. I think I learned that about 1 year ago!