Don't Think That Understanding Something is Synonymous With Acquiring It 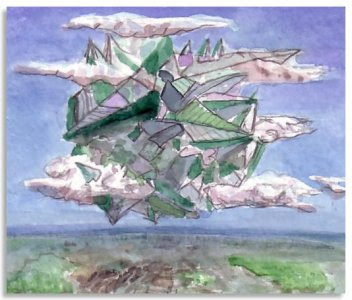 Rav Mordechai Yosef of Izbitz, in Mei Hashiloach, says at the beginning of Parshas Devarim (third piece)that even after the Yiddin received the Torah, their hearts were not totally pure. Instead of being emotionally drawn to serve Hashem perfectly, they merely understood on an intellectual level that it is good to do Hashem's will.

This is an ongoing problem for many people. Even some of us who try to serve Hashem and grow b'pnimius, in an inner way, still often feel satisfied with merely understanding, intellectually, the Ratzon Hashem, Hashem's will.

Rav Itamar Shwartz, in Bilvavi Mishkan Evneh 5, in Yesodos Ha'Avodah #17, focuses on this problem. In that paragraph, he says:

With regard to any point that one works on for some time, and speaks and thinks about with his Creator, he must check whether his heart truly feels it deeply, or whether the feeling is only in his intellect and speech. If one doesn't feel that his heart has been completely transformed to the simple new understanding [that he is working on], then he should not move forward [because any level of avodah after that] would just be a building floating in the air [lacking any foundation]. Only a feeling of simple understanding can testify that one's level has been truly acquired. But if a person merely feels that his new understanding [that he's working on] is just another good trait that he has added on to himself, [then this is a sign that] he has not truly acquired this level in his heart. This is a pitfall that many people fall into, Rachmana L'tzlan. They think that understanding something is the same as acquiring it. (Emphasis added)

In fact, when working on the Derech Avodah of the Bilvavi seforim, it's very easy to turn it into a "seder in learning," and thereby turn it into merely another means for intellectual growth. But this is not what those seforim were meant to do! Yes, his tefisa, understanding of the world, is so much greater than many of us are accustomed to, and this is very exciting and stimulating to learn, but this is not the tachlis. Impelementing the teachings is the tachlis. I must do the hour a day of hisbonenus, focusing on the level in avodah that you are up to. I must do the every-half-hour mini-hisbonenus'n to reinforce what I worked on during the hour. I must fill my days with thoughts of Kirvas Hashem and doing everything for its ultimate tachlis. But I musn't just learn it so that I can better understand Ratzon Hashem. I must do it so that I can DO Ratzon Hashem!

thanks, this was such a great lesson for me to hear .. especially coming right before Elul :)

Over in Mussar-land, this is why Rav Yisrael talks about the difference between learning, and learning behispa'alus. Michtav meiEliyahu vol I has a letter on the right way to learn Mesilas Yesharim.