A Tribute to My Radical Sister - Guest Post by Yosef Hakohen 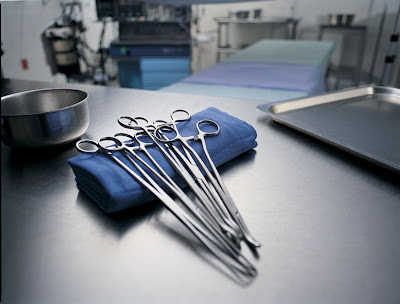 This letter is dedicated to the memory of my beloved younger sister, Dorothy Oboler, whose full Jewish name is Alta Chaya Yocheved Devorah bas Shlomo. My sister’s yahrtzeit – the anniversary of her passing – is on the 17th of Av, which this year begins on Sunday evening, August 17th. When my sister began to study Torah, “Devorah” became the first name that she used the most.

When Devorah was about 20 years old, she began to suffer from an illness which was later diagnosed as a rare form of Muscular Dystrophy – an illness which physically disabled her for the rest of her life. Although her body became very frail, she maintained her strong spirit. She always had a passionate and loving concern for any suffering individual or group that was being ignored or mistreated by others, and she would arise on their behalf like a mighty warrior. Her disability caused her to be mostly homebound, and she therefore developed a special sensitivity and concern for the needs of those who were in a similar situation.

Even before Devorah was stricken with this disability, she was a radical rebel against the trend in modern western society to idolize youth, physical beauty, and physical strength. She had the old-fashioned Jewish appreciation of elders, spiritual beauty, and spiritual strength, and most of the students at the public school she attended did not have this appreciation. This was a major reason why she decided to switch to a Torah-committed high school. She initially had difficulty finding one that was prepared to accept her, for she was years behind in her Torah studies. The one high school that lovingly welcomed her was the Beth Jacob High School for girls, which was located in Williamsburg, Brooklyn, and which was in the large Chareidi (Fervently Orthodox) section of the neighborhood where the majority of Jews were Chassidim. Most of the teachers and students at Beth Jacob were also Chassidim. At first, it was quite a culture shock for my sister, who had grown up in a family of leftist social activists. She was pleased, however, that the staff and the students had a deep appreciation of elders, spiritual beauty, and spiritual strength. In addition, she was happy to be in a school which stressed the importance of doing acts of loving-kindness. It was a relief for her to be at Beth Jacob, for the atmosphere there was much more gentle, loving, and spiritual than the atmosphere at the public school she had previously attended.

At the beginning, it was a culture shock for the teachers and the students to have my sister as a student in their school, as due to her background, she questioned everything, including the Chassidic customs which the students had grown up with. Fortunately, her teachers were wise enough to realize that her questioning was due to her sincere searching, and not because she was disrespectful of their beliefs and customs. They therefore began to admire her spirit, and she experienced not only their love, but also their respect. As the Mishnah in Pirkei Avos states in the name of Rabbi Elazar ben Shamua, “Let the honor of your student be as dear to you as your own” (4:15).

After Devorah graduated from Beth Jacob High School, she attended their seminary for teachers. She began to do some teaching; however, she was not able to continue, due to the development of the illness, Muscular Dystrophy. Her friends from Beth Jacob got married and began to raise children, but they did not forget my sister. They remained loyal friends throughout the years of her suffering, and this was a source of comfort to her. A year before Devorah passed away, she received a special honor from the members of her Beth Jacob graduating class. They asked her to be the guest speaker at the class reunion, and they hired a limousine to bring her to the gathering in the Boro Park neighborhood of Brooklyn. She spoke to them about the dignity of the elderly and the disabled who are often forgotten in our modern society, and she urged them to become pioneers in the mitzvah of honoring these precious human beings. She herself was a precious human being, and I miss her very much.

In honor of her memory, I would like to share with you some information about the organization, “Yad Sarah” – Israel’s largest voluntary organization. It began as a mitzvah project of a young Chareidi teacher, Rabbi Uri Lupoliansky, who decided to acquire and lend medical equipment, free of charge, to anyone who needed it. He called the project “Yad Sarah” – the Hand of Sarah – in memory of his grandmother, Sarah, who was killed in the Holocaust. His grandmother was known for her acts of loving-kindness. (The word “Yad” is also used as a term for a remembrance or a memorial.)

Today, Yad Sarah has many lending stations throughout Israel where people can borrow medical or rehabilitative equipment free of charge and free of prejudice; thus, people of all faiths and nationalities use its service. As the organization developed, Yad Sarah expanded its program to include various service projects for elders, for individuals with disabilities, the homebound, and other segments of the population whose needs were not being met.

Yad Sarah’s mission is to keep the ill and the elderly in their homes and out of institutions as long as possible, for home care in their natural environment with the help of family members, neighbors, and/or volunteers is often the most conducive to healthy recuperation, both physically and emotionally. It also costs both family and State much less.

Yad Sarah realizes that the family members who care for their loved ones who cannot function on their own also need support. In order to prevent burnout in the family members resulting from the heavy burden of caring for their dear ones, Yad Sarah has recently begun a support service for them including: strengthening the sense of security and capabilities of family caregivers, providing tools for coping with the patient’s functionality, teaching ways to provide efficient care without wearing down the caregiver, and helping them in exercising their rights. They also started a program in Jerusalem where trained volunteers come once or twice a week to give family caregivers a break. The purpose behind the project is two-fold: to give family caregivers a chance to step out and care for their own needs, and to provide, at the same time, a social experience for the housebound patient.

The Israeli government awarded Yad Sarah the Israel Prize in 1994 for its unique contribution “to the Society and the State.” The prize committee specifically cited its great impact on Israeli life and the fact that it is completely non-sectarian and non-discriminatory in providing help to all who need it. In addition, Yad Sarah is a Chareidi-sponsored organization which has brought together volunteers from all the diverse communities living in Israel. Orthodox Jews and non-Orthodox Jews, as well as volunteers who aren’t Jewish, are working together in a spirit of unity to serve other human beings who are in need. It is a project that has won international acclaim, and officials from many countries have come to Israel to study Yad Sarah’s innovative programs in order to see how these services can be provided in their own countries.

Yes, the work of Yad Sarah reminds me of the loving spirit of my sister, Devorah. You can learn more about their work by visiting their website.

Click here to get Dixie Yid in your e-mail Inbox.
Posted by DixieYid (يهودي جنوبي) at 3:01 PM