Rabbi Emanuel Feldman on iPods and Kindles - From 45 Years Ago 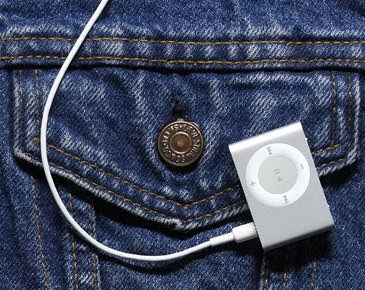 Rabbi Emanuel Feldman, (From) The American and the Jew: Equation or Encounter? (Tradition, Fall 1960)

The most obvious difference between the two traditions [of the Jewish and American peoples] is that of national origins. The beginnings of Judaism are as old as history itself, whereas the sum total of American history reaches 190 odd years, a total which in Jewish history amountsto only a page20and which to the Jewish consciousness is absurdly small. While it is true that America’s roots antedate 1776 and can be found in Greece and Rome, it is equally true that in conduct, thought and character, America is distinctive and unique. For despite the variegated roots of American civilization, a homogeneous national character has emerged which is peculiarly a product of the New World. And the beginnings of this national character are quite recent….

This contrasting length of the two histories accounts in part for their disparate time-view. A civilization whose past is measurable has a more restricted view of time than one whose traditions reach into pre-history. For Judaism, the future follows t he way of the past, distant and infinite. In America, too, future is like past: brief, measurable and immediate. Thus we find America operating on a short, hurried time scale. It is more concerned with the here and now than the hereafter, both in the practical and the teleological sense. There is no patience for eternity. By contrast, the Jewish time scale is long and far reaching. The Jew has time. This has been celebrated in our folk lore, our humor, and even in the classic Tiddish aphorism, A Yid hat zeit. He is patient, as one who ahs come from the dawn of history and now waits for the Messiah must be patient. The objects of his authentic ambition are sacred rather than secular, and he does not think only in terms of the immediately attainable. Time is not a commodity which must be used. God himself is mekadesh Yisrael ve’ha-zemanim – He who sanctifies Israel and the seasons. Time is holy. Speed in understanding all things, rapidity of movement for its ow n sake, short courses in learning and scholarship – these are foreign to the Jewish tradition.

The Jew has time, and his Book is constantly expanded: Bible to Talmud to commentaries to super-commentaries ad infinitum. The American book is quickened, shortened: novels to pocket editions to abridgements to condensations. Characteristically, the Jew has carried his Book on his shoulders: Ol Torah , the yoke of the Torah. The American carries his book in his hip pocket.

Big hat tip to Rabbi Elie Mischel for passing this on to me!

Picture courtesy of amazon.co.uk. Click here to get Dixie Yid in your e-mail Inbox or here to subscribe in Google Reader.
Posted by DixieYid (يهودي جنوبي) at 6:01 AM

Wow. You must send this to R Feldman. Prophetic.

What you cited is actually a small segment of a longer article by Rabbi Emaneul Feldman.