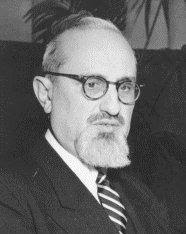 Removing the Impurity of Our Transgressions

In Al Hateshuvah, Rav Soloveitchik writes that any transgression carries with it two negative repercussions - liability and impurity. Although the sinner is obviously liable to punishment, the more serious issue is the tumah, the impurity that has resulted from the sin. This is not in the technical halachic sense, but rather refers to the metaphysical aspect of the spiritual uncleanness that distances us from Hashem. Consequently, explains the Rav, Yom Kippur has two results, kapparah, atonement, and taharah, purity. Each of these is the antidote for one of the results of sin. Rabbi Yehudah Hanasi held that Yom Kippur provides atonement even if the individual does not repent. While this opinion is not accepted, it nonetheless needs to be understood.

For this reason, Rav Soloveitchik writes, "There is atonement without repentance, but there can be no purity without repentance." In other words, just as the sin has a technical ramification in the realm of punishment, so too can the special holiness of Yom Kippur together with its potent sacrifices technically remove the liability for punishment. But can this properly correct a damaged relationship? Does this relieve us of our personal need to appease Hashem? In this situation, does it give us the status of baal teshuvah, penitent, so beloved before God? Obviously not! That can only be achieved through sincere teshuvah with a broken heart!

In the Mishnah, Rabbi Akiva dramatically declares, "You are happy, O Israel! Before whom are you purified, and who purifies you? Your Father in heaven … just as the mikvah purifies the impure, so God purifies Israel!" The Rav points out that this statement was made not long after the destruction of the Second Temple. The Jews at that time were despondent. With no Temple, High Priest, incense offering, or scapegoat, how could they possibly achieve atonement? They felt doomed to lead eternal lives of spiritual tumah, with no chance of repairing their misdeeds and coming close to Hashem. Against this backdrop comes Rabbi Akiva, the eternal optimist, to remind Am Yisrael that ultimately there is only one source of forgiveness, atonement, and purity - Hashem Himself! Even a mikvah is only a mikvah because God has decreed it to be so. Since we no longer have a Temple, the answer is sincere repentance, which brings with it both atonement and purity. For this reason, Rav Soloveitchik concludes his discussion with an idea found in the Maharal and other sources, and takes the comparison between God and the mikvah quite literally. "We must enter into God, into the holiness of Yom Kippur like we enter a mikvah, with no foreign item interposing between our body and the water, with no part of our body remaining outside of the water." As long as we are holding back, as long as we aren't ready to jump in and completely immerse ourselves in Elokut, we cannot really be purified.

The Slonimer Rebbe writes in Netivot Shalom that the three forces that can purify the Jew are the mikvah, Am Yisrael and Hashem Himself. He then quotes the Beit Avraham that, "just as the mikvah only purifies if there is no interposition whatsoever, so too Am Yisrael can only purify if there is no interposition between one Jew and his fellow." This is, of course, another explanation for the halachically mandated need to appease anyone whom we may have offended before Yom Kippur, and to forgive wholeheartedly anyone who has offended us, even if they did not ask. The Netivot Shalom ultimately sees us going through a process in which the mikvah purifies the body (and one must immerse on the eve of Yom Kippur). The connection with Am Yisrael purifies the lower portions of the soul, and finally, Hashem purifies the higher levels of our souls. This is reminiscent of the Piaseczner Rebbe, who writes that to achieve spiritual unity we must first integrate our own personalities, and only then achieve Jewish unity. After that, all of Am Yisrael can finally unite with Hashem.

On Shabbat Shuvah we enter into high gear preparing for Yom Kippur, which is just a few days away. As we have learned from Rav Tzaddok Hakohen, the Shabbat before any holiday contains that holiday's essence, and in this case that is most certainly true. On Shabbat Shuvah, we can already feel the awe and joy of Yom Kippur, its holiness and beauty. Now is the time to plunge into all of the mikvaot: those of water, Am Yisrael, and ultimately that of Hashem Himself. Wash carefully; remove all particles that stand in the way. Nullify yourself to the purifying powers that surround you. Then you will be ready for a Yom Kippur that provides you not only with atonement, but with purity as well.

The Rambam has a famous position that only those Jews who live in Eretz Yisrael are referred to as the tzibbur, the public community. This fact invests the Jews living in Israel with a serious responsibility for our brethren who are still in the Diaspora. The Maharil, in his Laws of Yom Kippur, quotes Mahari Segel, who asks why we have longer piyutim, liturgical prayers, regarding the goat that was offered in the Temple than we do about the scapegoat, whose power of atonement was far greater? One of the answers given is particularly interesting. The goat offered in the Temple atones for violations of the Temple's purity and holiness. Since the Temple's holiness is still in effect even when the building is destroyed, and entering the Temple Mount in a state of ritual impurity is a grievous sin, the Jews of the Diaspora ask Hashem to forgive the Jews of Israel who may have been remiss in this area. This reflects the principle that all Jews are responsible for each other. As a proof, the Maharil cites the confessional liturgy in which every Jew asks forgiveness, in the plural, for a long list of sins he may never have committed, since in fact, each of us is asking for forgiveness for every Jew. Let us take a deeper look at the mutual responsibility that every Jew has for each other.

In Chovat HaTalmidim, the Piaseczner Rebbe describes the states of yichud ilaah v'yichud tata, upper and lower unification. Lower unification takes place within Malchut, the collective body of Am Yisrael. After all of the Jews have united (lower unification), then they can collectively unite with the upper sefirot, i.e. with Hashem Himself, reaching the state of upper unification and rectifying all of reality. The Rebbe uses this idea to explain the statement made before we perform many mitzvot, "for the sake of the unity of Kudsha Brich Hu (Hashem) and the Shechinah (represented by the collective Jewish People) … in the name of all of Israel".

The Rebbe explains that this process actually has three stages. Firstly, each one of us must work to make ourselves into an integrated personality, in which the body, brain, and soul all work together to serve Hashem. We all know that when we are feeling personally "not put together" we are not in a state in which we can maintain proper relationships with other people. Secondly, each one of us must work to unite ourselves with all of Am Yisrael. Unfortunately this is easier said than done, but we must never cease in our efforts to bring authentic unity to the Jewish People. Only after these two aspects have been perfected are we, Am Yisrael, as represented by the Shechinah, able to unite with Hashem. Thus the prayer formula which discusses uniting Hashem and the Shechinah ends "in the name of all of Israel," since the higher unity of God and the Shechinah is absolutely dependent upon the prior unification of all of Israel.

The Piaseczner Rebbe further writes in Zav v'Ziruz, that if we want to make spiritual progress, we should set ourselves an annual goal. Where do I want to be one year from now? What kind of person do I want to be by next Yom Kippur? Then, throughout the year, I should measure myself by the standards of the "new person" and check periodically if I am succeeding in closing the gap between the old and the new. If at the end of the year, I am no closer than I was a year ago, then in a sense I have wasted a year of my life, God forbid. Every year we should make it our goal to work on unity, including the personal, national, and cosmic levels. If we all sincerely make this our top priority, we can, with Hashem's help really change ourselves and the world.