If you think you have a bad environment at work... 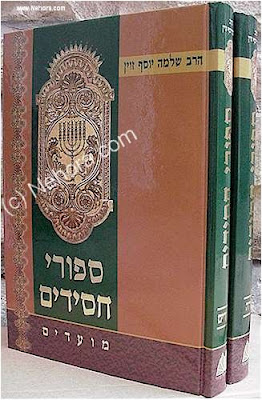 I saw the following story in the sefer Sipurei Chassidim by Rav Shlomo Yosef Zevin in the Shir Hashirim section on Pesach.

Shir Hashirim 2:2: "K'shoshana bain hachochim, kain rayasi bain habanos." "Like a rose among the thorns, so too is my beloved among the nations"

There was a ma'aseh with the Shpoler Zaide. One of his Chassidim had to make his living working in a tavern. He came to the rebbe for guidance.

"Every day I have see drunks and low-lifes behaving like animals and talking about the most disgusting things. I'm really worried that this will affect my mindset and will lower me to be more like them. What can I do?"

The Shpoler Zayde answered him: "It sounds to me like you think that if you had enough money to live on without having to work, and you had beautiful cloths, plenty to eat, and a beautiful clean Bais Medresh full of seforim to learn in, then you could really serve Hashem. But that you can't really be a kadosh, a tahor, and an eved Hashem in the environment you have to me in now.

Well let me tell you, Hashem already has tens upon tens of thousands of malachim serving him up in shamayim like that already. If He needed one more of those, you would have been created as a malach. Hashem put you in that place of tumah right now so that you would long to be close to Hashem, and look forward the whole day to those few holy words you can utter before your Creator. That longing and desire and purity and holiness of the mind that you can have in the midst of that tavern of yours is more precious to Hashem that the service of all of those malachim up in Shamayim.

The words of the Shpoler Zeide are more important for us now than ever, as we are surrounded at work and on the streets (and those of us who bring TV and internet into our homes; there too) with nivul peh, pritzus, and base conversations. May Hashem help us be mechazaik ourselves to hope and live for the moments of avodas Hashem that He grants us!

thanks I'm perpetually thinking about where I could be.. instead of where I am.