Why do We Love? 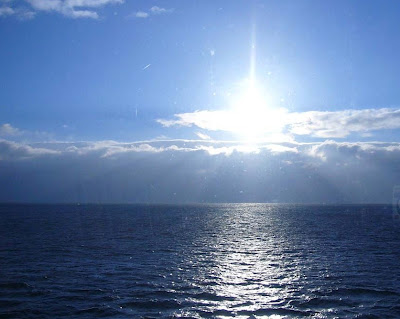 Hashem created the world and infused it with 7 midos, the 7 lower sefiros, Chesed, Gevurah, Tiferes, Netzach, Hod, Yesod, and Malchus. He explains how the sole reason Hashem created those midos was for us to use them in the proper way to serve Him. In this piece, the Meor Einayim goes into depth of the first two midos and explains how they're meant to be used, and how they get enclothed in a crooked, misapplied version by people here on earth.

He says that Chesed's application is meant to be Ahava, love; specifically love of Hashem. That is the true essense of Ahava, only Ahavas Hashem. But in order that we on earth have the ability to access this highest/true level of love, He created in us the ahava of ta'anugim (physical pleasures like eating, sports, recreational music, etc). However, those loves that we feel are only garmets enclothing within them through many tzimtzumim (concealments) the love of Hashem, the true and alive form of love.

The other forms of love are called "mais," dead. They are not meant to be an end unto themselves, but rather only a doorway allowing us easier access to the shoresh of love that is within them, Ahavas Hashem. Therefore, Reb Nachum quotes the famous pasuk in Koheles 9:9, "רְאֵה חַיִּים עִם-אִשָּׁה אֲשֶׁר-אָהַבְתָּ," "See life with the woman whom you love." He explains that Shlomo Hamelech is using the love of a woman which is the greatest form of worldly love that exists as the paradigmatic example of all worldly loves. Shlomo is saying to "See life," meaning to see the living/true/real love of Ahavas Hashem within your love for the woman whom you love.

When we do not use our love of the things of this world as an opening to the Ahavas Hashem that is the real love enclothed within them, then we are merely using the ahava nafula, the fallen/lower love of this world, the "dead" love instead of the living/true love of Ahavas Hashem.

Similarly, he says by the second mida of Gevura, that is synonamous with Yirah and Pachad of Hashem. He says that those with Chochma will realize the unbelievable and immeasurable greatness of Hashem and will be in fear and awe because of that recognition. But he says that most of us are not able to tolerate such a consciousness and therefore Hashem, in His kindness, has provided for us another way to access that Yiras Hashem. He actually scares us with the various forms of fear in our lives (fear of not making parnasa, fear of criminals, fear of animals, etc.) The purpose of this is to bring the mida of fear into our lives (which wouldn't exist otherwise if we don't already have Yiras Hashem) as a reminder to channel that fear towards Yiras Hashem. If we do that through contemplation about the things that scare us, then the things we are afraid of will not have to come to pass, because we'd have fulfilled their purpose already.

However, if we're cruel to ourselves and are merely afraid without channeling that fear to it's source, then the things that we're afraid of will actually come to pass.

He continues briefly with the other midos: We're supposed to use the mida of Tiferes to give honor and glory to Hashem (and not to ourselves, the Tiferes nafula). We should use Netzach to be menatzeiach (victorious) over our Yetzer Hara (not over other people in the office, in learning, in arguments, in our homes, etc.). We should use Hod to beautify the Torah (not ourselves, our homes, cars, etc.). We should use Yesod to tie together all of the other positive manifestations of these midos and channel them on to Malchus, which is the mida of applying those midos to our lives practically speaking.

May we all merit to connect to the true love and fear, which is of Hashem, and not merely their lower applications in physical terms!