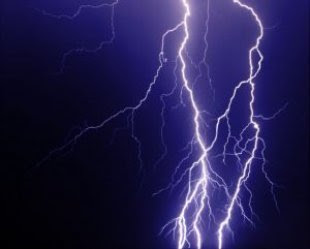 Because of the fear that Aharon had of HaKadosh Baruch Hu, he merited that this parasha was given to him, laws that remains relevant to him and to his descendants for all generations. (Yalkut Emor)
The medrash relates to us that Aharon, through his superlative level of Yir'as Shamayim, imprinted into the genes of his offspring for all generations this great Kedusha. One of the strong reassurances from G-d about the final Geula is that this most fragile institution of Kehuna shall withstand the thousands of years of exposure to the elements; exile, wanderings, suffering and subordination (Haftara: vehakohanim.. asher shomru es mishmeres mikdashi). And when Mashiach will come, speedily in our days, there truly will be Kohanim kshairim, those who have carefully watched over their Kehunah and therefore will be fit to serve in the Bayis Shlishi, amen.

Where do we find Aharon having behaved in a manner that exemplifies such great fear of Hashem?? Certainly throughout the parshios we find many instances of the great humility and self nullification of Aharon, as Rashi points out to us. Let us examine, however, our first encounter with Aharon in the Torah:

In parashas Shemos, after Hashem had appointed Moshe Rabbainu as leader, the number one man in Klal Yisrael, Hashem informed Moshe that Aharon was on his way to greet Moshe. ..hinei hu yotzei likrasecha vera'acha vesamach belibo, "..behold he is coming to meet you and he will see you and he will rejoice IN HIS HEART." Rashi: Not as you assume that he will be offended that you [his younger brother] have been chosen for greatness.

Aharon, in a moment of great test, proved himself completely devoid of any vestige of jealousy or rivalry toward his younger brother Moshe. The Torah testifies that all Aharon felt, deep in his heart, was pure and genuine joy for his younger brother's having been chosen by G-d. Is it not true that we feel most jealous of those with whom we have the most in common?? If some anonymous citizen wins an award or lands a great job with a high salary, the sting we feel is negligible compared to if it is our classmate, next-door neighbor or younger brother. This is the rule: The more we have in common with someone, the more we are aware of the differences between us, and hence the more these differences disturb us. Sibling rivalry, therefore, is a most prevalent phenomenon.

Aharon was completely above these natural petty calculations. For Aharon possessed constant Yir'as Hashem. Yir'as Shomayim is the fear that results when a person is aware that he is standing every moment in the Presence of Melech Malchei Hamelachim, Who created him as a unique individual with a unique task, and Who provides him every moment with all that is necessary to fulfill that task. The Y'rai Hashem has no time at all to pay attention to how his accomplishments and achievements measure up to those around him . He has his task to fulfill, with no time or energy to waste on the irrelevant!!! Ultimately, it is Yir'as Shomayim that is the source of true self-confidence.

The week's parasha also brings our attention to a story with quite a different conclusion. Here is the account of a person who made his comparisons, drew his conclusions, and where this warped perspective brought him:

Vayeitzei ben isha yisraelis vehu ben ish mitzri.. vayikov.. es Hashem.. vayikallel.. And the son of a Jewish woman went out, and he was the son of an Egyptian man.. and he blasphemed.. This is the story of a Jewish man who had a Jewish mother and a non-Jewish father. He went out and attempted to pitch his tent in the camp of the tribe of Dan, his mother's tribe. He was told that this was forbidden, for a person's tribe is determined by his father. This man made the comparison. Acutely aware of his Jewish mother, he could not make peace with the fact that the law was different in his case because of his non-Jewish father. Jealousy set in.. Vayetzei.. and he went out. From where did he go out? "Hakin'ah.. motzee es ha'adam min ha'olam." Unbridled jealousy eventually brings a person to lose faith. And so it was with the ben isha yisraelis.. and he blasphemed..

The Torah so sharply draws for us the alternatives and indicates the direction in which to set our goals.
Today, our society places heavy emphasis on competition. A person today is constantly looked over and rated for his accomplishments; his brain power, salary, status, social group, social flair, etc. This is a system that is anti Torah. For in such a system, there can be no winners without losers. The winners create the losers, for otherwise, how can they win?? According to the Torah, there is no such a thing as a loser. Everyone was created b'tzelem Elokim! Everyone has a place and an essential G-dly task to fulfill, no matter how he looks in comparison to others. Yes, even the ben isha yisraelis would have had a place, had he accepted his status with humility, with Yiras Shomayim. Outwardly, there is an order in Klal Yisrael; each Shevet, each tribe has their boundaries, and then there are Yisraelim, Levi'im and Kohanim. It is absolutely necessary be at peace with and to accept one's location and chelek. Before G-d, however, all boundaries fall. "Yomru nah yir'ai Hashem", let those that fear Hashem praise Him", says David HaMelech, earmarking the Yir'ai Hashem as the highest level of those who praise Him, higher even than the Kohanim. On the contrary, failure does not even have to be a setback, it can easily be transformed into something very positive and precious, as the Kotzker said, "There is nothing as perfect before G-d as a broken heart."

But you might be asking, what about what our sages teach, kinas sofrim tarbeh chochmah, '"rivalry between scholars serves to increase wisdom"?
This chas veshalom does not mean that we are supposed to try and outdo others in spiritual achievements!! Rather, we are encouraged to observe and learn from others' spiritual strengths, and to strive for the same for ourselves. As Moshe Rabbeinu said, when he was told that there were two nevi'im prophesying about the end of Moshe Rabbeinu's term as leader, "if only all of Hashem's nation could be prophets.."

When a system is set up where motivation is based on the premise of superiority over others, of climbing to the top of the social ladder, however "pious" or "real world" the packaging of that ladder seems, there are serious considerations: In rivalry and competition, those that get ahead are faced with a deep problem of neglecting to develop their characters, and of their becoming addicted to their ego-feeding and shallow experiences, which greatly hamper and limit their freedom of movement and of functioning, and their sensitivity to the needs of others. (Who was more sensitive than Aharon, who spent his days mending rifts between husband and wife, between friends, etc.) . Also, we must bear in mind that such a pressured system drives those with the softer natures to drop out. They lose motivation for fear of exposing their inability to measure up to the high and unrealistic expectations of those around them.

The conclusion is clear. We must steer far away from the pressures of unhealthy competition and rivalry, for ourselves and for our children. In pre-war Europe, there was a certain Chasidishe Rebbe who instructed his many sons each to settle in a different town, to enable their optimal development. Nothing good, meaningful or permanent comes out of trying to prove ourselves to the world as superior to those around us. Rather, by concentrating on truly imbuing ourselves and our families with Yir'as Shomayim, b'syata dishmaya, we follow the Torah's guide to each discovering and fulfilling his or her individual role on earth.

Picture courtesy of a-farbrengen. Click here to get Dixie Yid in your e-mail Inbox or here to subscribe in Google Reader.
Posted by DixieYid (يهودي جنوبي) at 6:00 AM