Why Aren't Yaakov's Arguments With Eisav a Chillul Hashem? 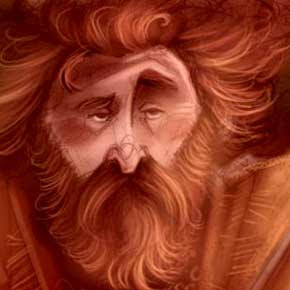 In this past week's Parsha, Parshas Vayishlach Breishis 32:5-6, Yaakover argues, in part, that Eisav (Esau) should not hate him anymore because "עִם-לָבָן גַּרְתִּי, וָאֵחַר עַד... עָתָּה. וַיְהִי-לִי שׁוֹר וַחֲמוֹר, צֹאן וְעֶבֶד וְשִׁפְחָה," "...I have dwelt ("גַּרְתִּי") with Lavan and tarried until now. I have oxen and donkeys, sheep, man-servants and maid-servants..." Rashi brings down the Medrash Tanchuma that Yaakov was saying these things in order to prove to Eisav that their father Yitchak's blessings were not fulfilled. He's saying that since I only "dwelt" with Lavan, and I never became an important person, and since my only wealth consists of things not included in our father's blessing, this shows that my father's blessing wasn't fulfilled in me. Since Yitzchak's blessing wasn't fulfilled in Yaakov, he argues that Eisav has no reason to hate him or kill him any longer.

But this year over Shabbos, I was able to see the Kli Yakar on this pasuk which says a very nice pshat in the Rashi in pasuk 5 in general. It is worthwhile to see it inside for how he explains and tweaks Rashi's two pshatim on the word "גַרְתִּי." In relation to my question though, he gives a great explanation. He says that Rashi doesn't bring down the Medresh to say that Yaakov is saying that Yitzchak's bracha on Yaakov wasn't fulfilled at all. Rather, Rashi says that Yaakov is saying that the Brachos weren't fulfilled "in me." i.e. They brachos weren't fulfilled in me. They were fulfilled in you, Eisav!

Yaakov is saying, "I played a trick on you Eisav. But the joke was on me. Since our father's brachos weren't fulfilled in me, but rather, in you, I see that they took effect in the one Yitzchak thought he was blessing, you Eisav." So rather than denigrating Hashem or Yitzchak's ability to give brachos, Yaakov was really just saying that the brachos are fulfilled, just not in me. Brilliant, eh?!

Wow! I cannot believe that I could learn this Rashi so many times and still not see such a fundmental question. Yasher koach!

Thanks. It has been more of a thorn, nagging at the back of my mind, and not really a question I thought of consciously till this year. That's when I realized what was bothering me about it, prompting me to look in the meforshim. Kol tuv!