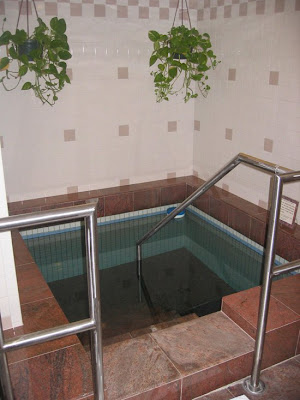 Rav Moshe Sternbuch commented on the above, "Clearly a convert has been granted a holy neshamah, is on a very elevated spiritual plane (ma'alah elyonah) and can draw closer to Hashem than a Jew."

(I asked Rabbi Golshevsky if he had any insight on my question here, and this is what he responded:)

There are several ways to explain this question. I will give you one.
Once someone came to the Chazon Ish for advice, "I don't know what to do! My learning is coming along fine boruch Hashem, but my davening doesn't seem to progress at all. Please tell me how I can attain a good daveining."

The Gadol responded, "Since you are having such a difficult time davening with concentration despite having worked on this for so long without any progress, it is clear that this this avodah is not your tikkun. It is enough for you to daven as you can. However, there is a level which Mekubalim call Ibur. This means that one merits to have the neshamah of a tsaddik join ones own neshamah. If you keep working despite the crushing difficulty you will find that you will merit to daven with intense concentration. You will be sent an ibur and attain this in merit of your toil."

There are many similar stories, where someone has a virtually impossible time learning and then everything opens up.Such people make up a percentage of the greatest and include the Maharam Shich, and the Rikanti.

The same is true, it seems to me, regarding gerirm. Although the Zohar says many seemingly uncomplimentary statements, this is only because they come from such a far place. However, if they toil and work, the distance they start from becomes an asset and they change the yeridah to an aliyah. Just like the story of the Chazon Ish and the many stories of various gedolim who merited to expand their neshamos. It is true that it is harder for a ger and that most do not expand their neshamos since what they cannot naturally access is not their tikkun. However, if they want bedafkah they can do it.

Click here to get Dixie Yid in your e-mail Inbox.
Posted by DixieYid (يهودي جنوبي) at 6:40 AM

Email ThisBlogThis!Share to TwitterShare to FacebookShare to Pinterest
Labels: Gerus

Sorry Alice. :-) "Nothing stands in the way of will-power."