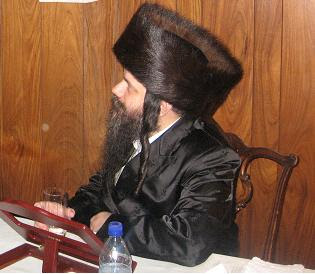 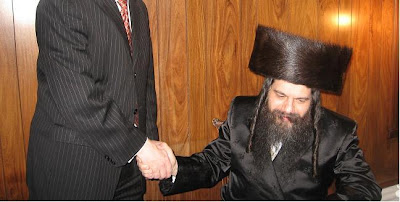 Received by e-mail from a reader:

This past Friday night, Parshas Vaeira, the Koidinover Rebbe from Bnei Brak had a tish at a home in Woodmere, NY. Before the Tish started, the Rebbe had a private session in Meor Einayim with a chevreh of about 10 guys. He went over the first part of Parshas Vaeira, in which Reb Nachum from Tshernobel taught that the avoda of a person in life is to relive Yetzias Mitzrayim. The Egyptian Exile, Galus Mitzrayim, was the exile of Daas, which means that the quality of connecting one's knowledge that G-d gives life and existance to everything absent.

When the Jewish people left Mitzrayim, they left behind that sepparation between the intellectual knowledge that Hashem is the source of life that constants wills all things to exist at all times, and the consciousness of thaat fact in daily life.

He said that when a person really sees how Hashem is the soul and root of every pleasure and desire in the world, he will never again desire anything physical. Why would you want the food, the physical garment of the G-dliness within the food, when you can connect directly to the ultimate pleasure of cleaving to that G-dliness?! Therefore, when one has Daas, a conscious awareness of the fact that Hashem is the constant source and life of all existance, then this awareness will cause you to cease having a desire for anything physical.

Later on, at the Tish, before he handed out the Shabbos fish to everyone there, he asked why we eat fish on Shabbos. Although there are many reasons, he mentioned one which is that fish have the quality of always having their eyes open, which means that they always see the truth, what's really there. They never close their eyes to it, as we often do. Therefore, it means that on Shabbos, we can only see the truth, which is the fact that the neshoma and ruchnius are the ikar and are all that is real, and that all of gashmius, physicality, is a mere illusion, a garment for the spiritual. That is why the Zohar says that Shabbos is "yama d'nishmasa, v'lo yama d'gufa," "the day of the soul, and not the day of the body."

It tied in very nicely with the Meir Einayim, which focuses us in on the fact that Hashem is the "Chai Hachaim," the source of the continued life and existance of the world. The Rebbe said many other things at the Tish, but that was a major theme of the evening. May we all be zoche to appreciate everything for the G-dliness within it that gives it life and not to be focused only on the physical garments which clothe spiritual realities!

Thanks for getting a report.