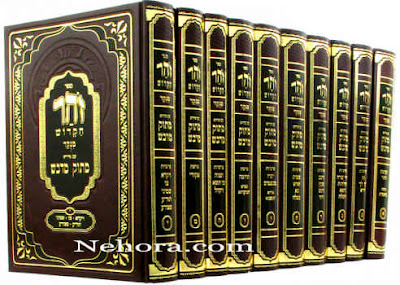 The Mishnah in Chagigah 11b, states that one should not teach Ma’aseh Merkavah, advanced Kabbalah, even to a single student unless he has already proven his wisdom and ability to grasp the subject matter independently.

It was also known that the Chofetz Chaim, zt”l, felt that learning Zohar brings one to Yiras Shomayim.[1] The Chazon Ish, zt”l, likewise said to Rav Shmarayhu Greineman, zt”l, “There is no mussar sefer as good as the Zohar Hakadosh![2]”

Someone asked the Chazon Ish, zt”l, “How about someone not on a level to learn Kabballah. Should he also learn Zohar?” The Gadol replied, “If you are doing it to learn this Chochmah it is prohibited. If your intention is that this limud bring to Yiras Shamayim, not only is it permitted, it is a mitzvah! No ma’amarei Chazal inspire as much as the Zohar Hakadosh![3]”

The famous author of the Leshem Sh’vo V’Achlamah, zt”l, grandfather of Rav Eliyashiv, shlit”a, once confessed that, although he never met Rav Yisroel Salanter, zt”l, when he was a young man, he had always wanted to develop a relationship with the great Baal Mussar. What prevented him was his fear that Rav Yisroel would have tried to prevent him from spending the majority of his time studying nistar rather than nigleh.

Someone conveyed this to Rav Yisroel, who expressed some surprise at the younger man’s reservations. “On the contrary,” he said, “It never occurred to me to discourage a person from following the unique path he has chosen to come closer to Hashem![4]”

Rabbi Golshevsky has informed me that, in honor of the Yortzeit of the author of the Hebrew peirush/teich on the Zohar called the Masok Midvash, Rav Doniel Frisch, zt"l, a new shedule in learning an amud a day of Zohar has been started. It is endorsed by Rav Ya'akov Meir Shechter, shlita, The Rebbi of Toldos Aharon, shlita, Rav Tzvi Meir Zilberberg shlita and Rav Yitzchak Moshe Ehrlinger shlita. They all recomended reading the amud yomi even if you don't understand it. Pictured below is the new schedule courtesy of Rav Micha Golshevsky and his Father-in-Law, who scanned it into the computer. Click on each image to enlarge and print them. 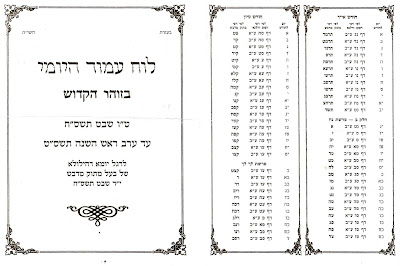 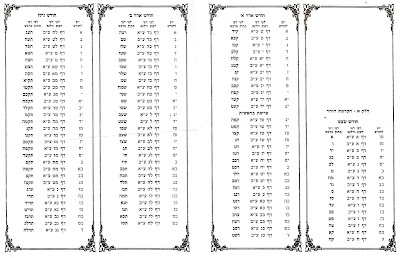 Thank you ASJ. Sounds like a Chassidish consensus. :-) I think this also dovetails with my recent post yesterday: http://dixieyid.blogspot.com/2008/01/when-souls-pressure-makes-heart-want-to.html

I like your site!! I invite you to take a tour on my jewelry website, and if should more information is required. http://www.or-jewelry.com

Thank you for posting this article. The Zohar opens with a saying from Rebi Chizkiya, to teach us that one who learns the Zohar with pure intentions Hashem will strenghen him [see opening remarks of peirush Damesek Eliezer on th Zohar]. Altough this refers to the actual study of the chochma it applies to one learning it as hisorirus. See also the words of the Chida the begining of sefer Avodas Hakodesh about the importance of even saying the words without understanding the actual meaning.