Doing Physical Mitzovs or the Intent in Doing Them: Which is the Main Thing? 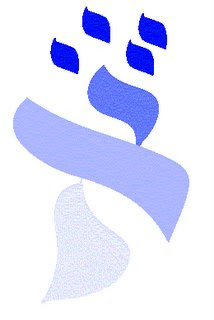 The author of Bilvavi Mishkan Evneh, in Vol. 5, in Ma'amar 10 in the section called "Pirkei Avodah U'Machshava" brings down a fundamental dispute about whether simply doing the physical mitzvos is the main thing or whether the kavannah, the intent and thought one has while performing during the mitzvah is the main thing. In that context he says (paraphrasing):

It is the same thing exactly with Mitzvos. "A mitzvah without intent is like a body without a soul." This statement is not a mere aphorism. Rather, it is a very deep statement. The act of the mitzvah is the vessel and the intent is the light, the water. Therefore, a mitzva's intent alone is nothing because it has no vessel to contain it. But a vessel without light, a mitzvah without intent still can fulfill one's obligation because it is possible to fill up the vessel from elsewhere. (i.e. through others' mitzvos or through one's own mitzvah on another occasion) V'dai l'maivin. This is a deep idea for which one needs a basic understanding of "chochmas ha'emes." Without a basic grasp of this field, one will have a difficult time understanding this. It will appear as mere philosophy, but the truth remains the truth.

It is important to point out here that a ben Torah can sit and judge whether physical mitzvos or intent are more important. He can bring proofs from sugyos in Shas this way and that. But there is a basic problem with his approach. There are certain topics that a person must understand that he doesn't have the required knowledge, the tools with which to judge. It's not enough to know the Gemara. One must have a fundamental understanding of things, and where each thing in the world is derived from Above. One without a correct knowledge of this is unable to affix an importance to anything. With halacha, it is understood that that which takes precedence is not necessarily more important... (like the din of "tadir v'she'eino tadir, tadir kodem" which speaks to sequential order, not to inherent importance).

Click here to get Dixie Yid in your e-mail Inbox or here to subscribe in Google Reader.
Posted by DixieYid (يهودي جنوبي) at 10:30 AM

The mitzvah of eating matzah has no comparison with any other mitzvah. This year may we all be "zoche" to eat that first matzah with KAVANNAH!

Such a great chiddush. This really clarifies alot.