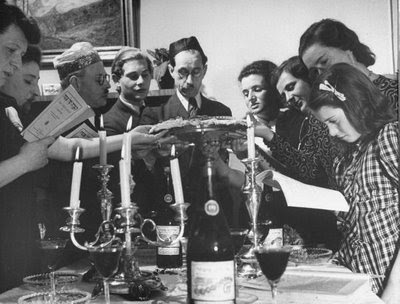 (By Rabbi Tal Zwecker, as heard today from my Rebbe, the Clevelander Rebbe Shlit"a of Ra'anana, Israel)

When the Rav Levi Yitzchak of Berditchev became the Rav of Berditchev he was
approached by Chaim and Baruch for a Din Torah. Baruch claims that Chaim
owes him a thousand coins and Chaim denies the loan. The Rav heard both
sides of the argument and ruled that Chaim must in fact pay Baruch, which he
promptly did and the litigants left.

The next day Chaim approached the Rav Levi Yitzchak with a question. "Rebbe I
accept your judgment and your decision. However although I understand that
the judgement is based on the Torah, how could a true judgement
based on Torah be untrue? Because Rebbe, I know that I truly am innocent! I do
not owe Baruch any money at all!" "That is a good question" answered Rav Levi
Yitzchak. "Give me please three days to give you an answer."

The Holy Berditchiver fasted and prayed that they should answer him from
heaven. Whereupon it was then revealed to him that in fact Chaim's grandfather
had once borrowed the exact sum from baruch's grandfather and failed to pay
back the loan!

When three days had passed and Chaim re-entered the Rebbe's study, the
Berditchever explained to him how the debt had occured. In the heavenly
court it was ruled that you must pay off your grandfather's debt and return
the money owed to the grandson of your grandfather's lender. The sign that
what I am telling you is in fact true is that if you go home and look at
your volume of Shulchan Aruch which you inherited from your grandfather, in
such and such a place you will find the missing note that proves the loan.
Chaim went home, opened the Shulchan Aruch and as the Rebbe predicted there
was the document.

Afterwards the Rebbe called in the leaders of the community and announced to
them that he wished to relinquish his newly acquired post as Rabbi of
Berditchev. The Rebbe explained that a town in which the cases brought
before him, required him to fast for three days in order to get heavenly aid
in order to decide matters of law was too much for him to handle. The
leaders of Berditchev answered that while they understood, it was unfair to
leave them just like that on the spot without a replacement. Perhaps the Rav
would kindly wait until they found a suitable replacement? The rebbe agreed.

Meanwhile Pesach came, and the custom was that after the prayers in shul the
poor guests who had lodgings or meals were divided up among the men of
means in the community. One such householder who had a guest assigned to
him, hurried home and forget about his guest. When he arrived, his wife
begain to ask him where their guest for the seder was? The householder
quickly realized his mistake and hurried back only to find the shul cold,
dark and empty. Upset but without any other choice he returned home and
explained to his sad wife that they were to conduct the seder that year
without any guests.

The next morning after services he spotted his would be guest and the
householder approached the poor man. "Where were you last night, I came to
the shul looking for you?" he asked. "Why when I saw myself alone and
without knowing anyone I didn't know what to do." "So why didn't you stay,"
the householder asked. "Well," continued the poor man "as I said I didn't know
anyone but its Pesach and I needed a place to stay and eat, I didn't want to
stay here by myself in shul so I left and found a place with another
householder," he answered pointing at a different person.

The first householder approached his fellow and began berating him for
stealing his Pesach seder guest. "You left him and didnt take him, so I took
him fair and square," was the second man's retort. Soon their discussion had
blown into a full fledged argument. After YomTov they took their argument to
the Rav. The Berditchever heard both sides and ruled that the "thief" who
stole the guest from his fellow householder had to repay him a sum of money
for his loss.

Afterwards the the Rebbe called in the leaders of the community and
announced to them that he wished to stay on as the Rav of the community.
"Any community whose householder fight like that over the precious mitzvah
of Hachnasa Orchim and Guests is a place where I wish to serve as the Rabbi."

Picture courtesy of Life Magazine. Click here to get Dixie Yid in your e-mail Inbox or here to subscribe in Google Reader.
Posted by DixieYid (يهودي جنوبي) at 6:00 AM

wanted to express my hakarat hatov for this story. I read it a few days ago and then told it over to a bunch of middle school girls today which avoided a major social trauma. such Hashgachas Pratis! Thank you

Baruch Hashem! Thank you for letting me know. I'll pass that on to R' Zwecker as well.

Can I ask you what sort of social trauma was avoided using this story?

The girls were reviewing for a test with a game. Two girls would approach, be asked a question and the first to hit the desk could answer to score points for her team. After losing, one girl started to cry, so I told this story and ended by saying, a class that cries over answering Torah questions is a class that I want to teach!