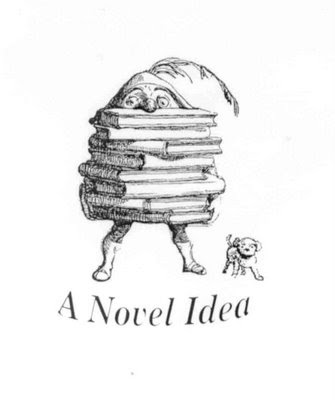 I think that different people evaluate seforim or speeches, either personally or when speaking to others, according to whether the sefer or drasha that was "novel enough." But people don't differentiate between the different kinds of "chidushim," novel ideas. So I think that, for future reference, it would be helpful for me to translate "ma'amar 3" in the section of Bilvavi Mishkan Evneh Vol. 5 called "Pirkei Avodah U'Machshava" on Mesilas Yesharim, which provides a fundamental explanation of the three different types of "chiddushim" that he identifies:

The Mesilas Yesharim wrotes in the introduction that "I have not written this
sefer to teach people things that they didn't already know..."

It is the nature of man to love new things. As Chazal say, "Old things are harder [to
endure] than new things."

However, one must know that there are three types of "chidushim." First, something that is intellectually novel. i.e., the
knowledge of something that one did not know until now (the aspect of
"Chochma").

Second, The clarification of something that one already know, but which was, until now, not fully clear and has now become clear to him. [This could be in terms of the organization of his knowledge or in terms the aspect of understanding the depths of something which creates an inner clarity.

Third is something which is novel emotionally. Meaning: There is no new intellectual knowledge and the person doesn't know anything he did not know before. But the person has a new internalization of the idea. His heart is opened up emotionally to feel that which he already knew. Suddenly, the matter becomes illuminated to him with the light of the idea's value. In short, the matter has been transformed from intellectual knowledge to a living part of his heart (the aspect of "Daas"). Meaning, the matter is a "chiddush" in his heart and not his mind.

Now let us return to the words of the Mesilas Yesharim, where he continued "It is possible that the reader will find very little which is intellectually novel to him, after
reading this sefer, that he did not know before reading it."

The primary work of mussar is in the third type that we have written about, which is an emotional chiddush. Observe that the Ramchal was very specific in his choice of words. He wrote "the reader will find very little which is intellectually novel to him." He specified that one will not find very much that is "Intellectually new" to him. But in the depths of his heart, if he fulfills the words of the pasuk "You shall know today and return it to your heart," i.e. that he places every piece of intellectual knowledge into his heart and makes it a part of himself, then in this form of self-work, every single point becomes a "chiddush!" Not an intellectual chiddush, but a chiddush to the
heart! This is the primary purpose of man. That all of his intellectual knowledge should be in his heart in the aspect of "libi ro'ah harbeh Chochma." "My heart has known much wisdom." Specifically the heart.

But it should be known that there is a difference in how one acquires an intellectual chiddush versus how one acquires an emotional chidush. Anyone who is intelligent, and straight-minded, if he devotes enough time, can understand something properly... However, with a chiddush of the heart, it takes much time until the heart feels something. There is no way to make an instant acquisition. It takes a long time!
Therefore, the form of acquisition does not take place all at once, but rather drop by drop...

Picture courtesy of iowa-city.k12. Click here to get Dixie Yid in your e-mail Inbox or here to subscribe in Google Reader.
Posted by DixieYid (يهودي جنوبي) at 7:50 AM

Is a logical deduction (which is necessarily true given those givens, but never before stated) something that is intellectually novel (type 1) or something that was newly clarified (type 2)?

Since what you're describing is basically the dictionary definition of Bina, and Type 2 corresponds to Bina, I would think that the kind of chidush you're talking about would be in Type 2. What do you think?

I would think that clarification is also binah. And frankly, I know what I think; I wanted to know what RIS says.

In general, I find it is worth the effort to keep the two discussions distinct: There is the study of various hashkafah positions and there is my own integration of those positions into a personal perspective. It only makes sense to do the latter after you see the path greater and more informed minds have cleared.