Is There One Type of Learning That is Right For Everyone? 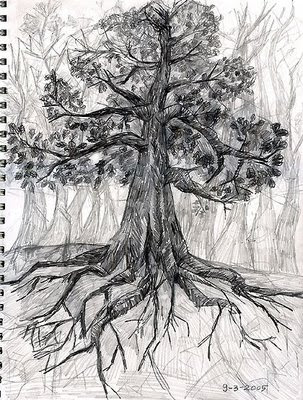 In yeshiva, we are often taught that this way or that is "the best way to learn." Whether it is bekius, b'iyun, pipul, it is presented that there is one optimal way of learning that the Talmidim should engage in. In the frum world in general, there is a perception that this or that is "the right way" to do things. many people do not realize that different things are right for different people and that "chanoch l'na'ar al pi darko" applies to not only children, but also to adults, bachurim/bachuros and to adults. I thought that it would be appropriate to translate the 2nd half of "ma'amar 9" in the section of Bilvavi Mishkan Evneh Vol. 5 called "Pirkei Avodah U'Machshava" on Mesilas Yesharim:

Now we will explain another mistake... People's nefashos (souls) are not the same as one another. For some, their primary involvement (in learning Torah) is with pilpul. There are others whose main involvement is with bekius, etc. etc. One might ask which one of them is correct? Which one has the true path? The answer is clear. They are all holy, pure and true. But each person learns according to the root (of his neshoma). But it is possible that one will learn not according to his root. In a situation like this, he destroys his world and he is involved in a world that is not his.

It takes a long time to merit to recognize what one's specific portion in Torah is. It requires toil, much effort, and tefillah. A person is obligated to try many paths until he clarifies to himself which is his portion. (Perhaps there are some lofty people who find there path right away...)

Just as it is clear to us that when it comes to learning Torah, there are many paths and a person must clarify to himself which is his individual portion, so too when it comes one's portion in serving Hashem, all souls are not the same. Some should focus more on Ahava and some on Yirah. Some are more inclined to hisbonenus, meditation, and some focus more on breaking their desires, etc. etc. The portion for some is learning Torah without doing anything else. But one should remember that this is only a small portion of people. A person cannot immediately decide which is his portion, and thereby exempt himself from all of the other paths. Each person is obligated to clarify to himself, with an internal, deep and very fundamental clarification, where the root of his soul is and what its portion is.

It is impossible to do this through mere meditation for a few hours. This is something which requires the work of months and sometimes years of experimentation with many paths until the person feels where his nefesh is inclinded. (But one much be extremely careful. Because often, it will appear to a person that his nefesh is inclinded in a certain way, but that in truth, it is nothing but laziness.)

The vast majority of souls are unable to be satisfied with learning Torah alone. Rather, they requires other medications, like learning Musar or Chassidus (in addition to their primary involvement with learning). Each person, according to his root, should pour out his prayers before Hashem Yisborach and shed a river of tears until he merits to clarify his individual portion in this world.

Picture courtesy of harmanonearth. Click here to get Dixie Yid in your e-mail Inbox or here to subscribe in Google Reader.
Posted by DixieYid (يهودي جنوبي) at 7:28 AM

I struggle with this constantly...What type of shiur is right for me? Am I being lazy when something is not working out? Should I be forcing myself to do certain type of learning?

How does one really every know?

Marc, as Rav Shwartz, alluded to, this is tough. Have you tried different types of limudim? B'iyun? Bekiyus? Halacha oriented? Do you have a mashpia or Rebbe you could speak this over with?

I am happiest with B'iyun but I am never satisfied with the time I can put in after shiur. Can I be more organzied, yes...There is of course more time I can extract out of the day.

As I sit in front of my computer in an office my heart only wants to be learning...I daven every day to be able to learn all day.

Perhaps my perspective on work is wrong? Am I not seeing the emet in my daily work?

Marc, I know Rav Shwartz would appreciate the pain you feel in not being able to learn. I obviously can't confirm for you that your feeling that iyun is your chelek in Torah is correct. Do you have a mashpia or rebbe to talk it over with?

As to having a wrong perspective on work, I think you have to have a double perspective. On a human level, it is okay and good to feel that you wish you could be learning. The kisufim that you feel to be more involved in revealed avodas Hashem is very precious to Hashem.

On the other hand, you have to have a higher perspective in that you should recognize consciously that everything that happens in hashgacha pratis and that it is Hashem's will that you be at work for the majority of the day. And since it is Hashem's will, that life is a lechatchila for you. And not a bidieved. As such, you should perhaps engage in mini-hisbonenus'n, meditations for a few seconds at a time throughout your day, focusing on how each work activity that you do is part of your avodas Hashem...

Thank you DixieYid. Yes I have some Rabbium I can speak with...

Do you know if Rav Shwartz has any writings on work and it's correlation to Avodas Hashem? If not, any other recommended readings?

I feel if I can deepen my understanding in this area my entire Avodas Hashem, including my current learning, will be put in the right context.

Do you have Bilvavi Vol. 1? The whole sefer is fundamental and relevant to your issue. Especially take note of the chapters on internalizing hashgacha pratis and how to do little hisbonenus'n when doing mundane things. Hatzlacha raba!