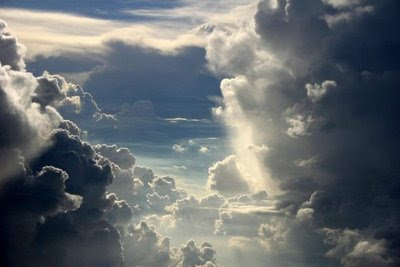 R' Micha Berger shared the following very interesting quotes about the Torah that the Beis Yosef, the author of the Shulchan Aruch, and Rav Moshe Chaim Luzzato, the Ramchal, learned from Melachim, angels. This was originally shared on an earlier post sharing a shiur by Rav Aharon Kahn from YU.

When R Yosef Caro (Maran Bet Yosef / author of the Shulchan Arukh) was visited by the angelic embodiment of the Mishnah (the Beis Yoseif's description), he recorded what he was taught in Magid Meisharim.

Second, here are a few lines of description of the Ramchal's experience from his letter R' Binyamin haKohen (whose son-in-law, R' Yeshayah Bassan was the Ramchal's rebbe), as translated by R' Yaakov Feldman:

"On the first of Sivan in the year 5487 (1727), as I was reciting a certain Yichud, I fell into a trance. When I awoke, I heard a voice saying: 'I have descended in order to reveal the hidden secrets of the Holy King'. For a while I stood there trembling, but I soon took hold of myself. The voice kept on speaking and revealed a particular secret to me.

"At the same time on the second day I made sure to be alone in the room, and the voice reappeared to reveal another secret to me. One day he revealed to me that he was a Maggid sent from Heaven and he gave me certain Yichuddim that I was to recite in order for him to appear again.

"I never saw him but I did hear his voice as it spoke though my own mouth. He then allowed me to ask him questions. After about 3 months he revealed to me the Yichuddim I would have to recite to be worthy of having Elijah reveal himself to me. He then charged me to compose a work on Ecclesiastes on the basis of the mystical meaning of its verses that he had revealed to me, and Elijah came and imparted his own secrets to me. (The Maggid) said that Metatron, the great prince, would be coming to me and that I would know that it is he because of what Elijah had said. From then on I came to recognize each of my visitors. Souls whose identity I know are also revealed to me. Each day I write down the new ideas each of them imparts to me. All these things happen while I lie prostrate, with my face to the ground, and I see the holy souls in human form as in a dream."

Picture courtesy of umbrellantherain. Click here to get Dixie Yid in your e-mail Inbox or here to subscribe in Google Reader.
Posted by DixieYid (يهودي جنوبي) at 6:00 AM

To equate the twos experiences is revisionism to an extreme.
When Yosef Karo's contemporaries heard the Maggid.. he remained the author of the Shulchan Aruch.
When Ramchal did, he was put in cherem more than once...

... except by those who consider it a precursor seifer to Chassidus?

(Point being -- they fight over who gets to "claim" the Ramchal.)

PS: How do you say "Dixie" in Arabic?

Check out Rav Frand's shiur on the topic. That's only in an inyan of halacha l'ma'aseh where a psak can be reached according to the rules of psak. But in an inyan that's not halacha l'ma'aseh or if a difinitive psak can't be reached that way, then we may turn to "shamayim" for an answer. As we say in any unanswered question in Shas, Teiku, "Tishbi yetaretz kushyos u'bayos."

Can you link it or send me to the written version on Torah.org or the audio on 613.org or which weeks parsha so I can Check if kol halashon has it?

I always thought thats why TEKU because When MOsiach COmes he wil be PHYSICALL BODY ONCE MORE AND ONLY THEN BE ABLE TO ISSUE A PSAK?

The Rabbi Frand tape is at: http://www.yadyechiel.org/ Search under "Rabbi Frand's Tapes & CD's."

There are instances where Eliyahu Hanavi will pasken something b'toras Talmid Chacham, and not b'toras nevuah. As R' Frand explains. But if you look at those instances in Shas, you don't have to come onto that in the case of the "Teiku"s. Because those are instances where the Chachamim couldn't come to a psak through the normal rules of psak. So there, they can rely on an answer/psak based on nevuah, through Eliyahu b'toras Navi.

Side issue: Teiqu means "pocket it", similar to the idiom today of "shelving" an issue. That's the translation of the word, according to the Arukh.

The homily is to use it as an acronym -- again, the Arukh. (And I'm not asserting that Ravina and Rav Ashi didn't also have the homily in mind when redacting the gemara). The acronym is "Tishbi yetareitz qushyos vehavayos -- [Eliyahu the] Tishbite will answer refutations and requests". Not mashiach, but Eliyahu who was in the line of semichah from Moshe and thus can restore halakhah "lifnei ba yom Hashem".

As for lo bashamayim hi...

There is a conflicting gemara, the one where it's a bas qol that says follow Beis Hillel over Beis Shammai. Not all rishonim who address the conflict don't all assume that the norm is like the tanur shel achna'i story (lo bashamayim hi). See this post over on my blog.

But given lo bashamayim hi... I would suggest that this is why Maran Bet Yosef spells out his methodology at the beginning of the Shulchan Arukh, that he is taking the majority of the Rif, the Rambam and the Rosh. This is an explicit statement that he did not use information from the Maggid in deciding halakhah.

The Ramchal isn't known for his halachic works.