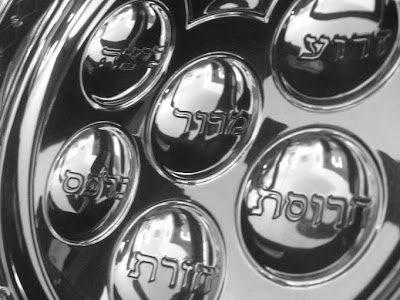 ACHIEVING HARMONY AT THE PESACH SEDER

(Reprinted from the booklet with permission)
By
Rabbi Chaim Morgenstern

“How was your Pesach seder?”
This is likely one of the most commonly asked questions during the first days of Pesach. Let’s take a look at some of the most common answers.
Firstly, people are curious to know how long another person’s seder was and if they succeeded in finding the afikomen. Then there’s usually a discussion of divrei Torah on the Hagadah, and women will probably exchange some of their latest recipes.
However, one vital area in the seder, which seems often neglected or overlooked, should concern each father: Properly fulfilling the obligation of “Ve’hegad’ta le’vincha.”
Rav E. Dessler writes, “The Pesach Hagadah was formulated by the great Torah sages in order to fulfill one’s obligation of ‘Ve’hegad’ta le’vincha’ – And you shall tell your son about the miracles in Mitzrayim, and how Hashem freed the Jewish nation from the Egyptian slavery” (Michtav M’Eliyahu, Vol.4, p. 239, cf Sefer HaChinuch, mitzvah # 21).
Rav Chaim Friedlander terms the seder night as “A night of chinuch” in which we transmit to our children the fundamentals of emuna, that we received by a continuous tradition for over 3,000 years from our forefathers (Mesilas Chaim B’chinuch, p. 65).
However, achieving a harmonious seder table with a bunch of young children is not a simple task. At a table with small children, the normal restlessness and disorder that are quite normal for large families seem to make the role of the parents more like policemen rather than seder leaders who are trying to transmit the feeling of yetziyas Mitzrayim to their children.
Although there are no simple or magic solutions for parents to attain a peaceful seder, the following advice can significantly help parents to make the seder more orderly, thus making the concept of yetziyas Mitzrayim more a reality to their children and to themselves.

Since the responsibility of conducting the seder is on the parents, they must prepare themselves both physically and emotionally in order to manage the seder properly.
One of the common causes of being both physically and mentally exhausted at the seder is overdoing the pre-Pesach cleaning. For example, if you sell your chametz, it isn’t necessary to wash pots and dishes that are going to be put away. Being machmir to do unnecessary cleaning causes a person to enter Pesach under stress and strain.
Moreover, many women have turned the pre-Pesach cleaning into their annual spring-cleaning, spending much time cleaning for dirt and ridding the home of unnecessary items. This overexertion can easily prevent parents from being properly focused on the themes of the seder and giving proper attention to their children.
Additionally, the tension caused by the added chumros and unnecessary cleaning can easily cause parents to become irritable and angry at their children, increasing the potential for them to overdiscipline their children unnecessarily and to transgress the aveiros of kaas and ona’as devorim (hurting another with words). (Based on Mesilas Chaim B’chinuch p. 67, and remarks by Rav Ch. P. Sheinberg.)
Simchas Yom Tov, feeling happy and joyful on Yom Tov, is a mitzva d’orysa. If parents display happiness when cleaning for Pesach, they will create a happy atmosphere in the home, enabling the children to also feel this joy. However, if parents become moody and dread the pre-Pesach cleaning, they will automatically cause themselves and their children to enter the seder in the same frame of mind, thus hindering themselves and their children from properly feeling Simchas Yom Tov.
Although the Mishna Brura (442:28, Sha’ar Hatziun #51) writes that we should not ridicule any minhagim as our intentions are leshaim shamayim (for the sake of properly fulfilling the mitzva), He certainly wasn’t referring to chumros that cause one to be lax in fulfilling the obligations of the seder or transgressing aveiros.
It is also important to know what one is physically capable of doing. Physical exhaustion due to pregnancy, childbirth, illness or marrying off a child can limit one’s ability to do the same Pesach cleaning that she is accustomed to do.
It is therefore of utmost importance for parents to clarify with their rav what they are obligated to do and what is a chumra. The rav should also be informed of the family’s situation, as this can drastically change the psak, for example, if the mother is in a weakened state, if there are many small children to tend to, the family has a special child that requires much attention or not enough household help.
The Pesach cooking also adds tension to the existing stress of the pre-Pesach preparation. This is especially true if it is left for the last minute, and the housewife is on her feet cooking the entire day before Pesach, while constantly supervising the children. Therefore, it is highly advisable for the parents to make the kitchen Pesachdik as early as possible and designate a corner to eat the chametz. The younger children should be given kosher lePesach or kitniyos snacks to minimize the possibility of bringing chametz into the kitchen.
On Shabbos Hagadol, (even when it’s not erev pesach), the entire meal could be prepared without chametz, and pita bread, which is hardly crummy, can be individually wrapped in plastic bags and used for the meals. This idea is not so far-fetched because this is exactly what is done this year when erev Pesach falls on Shabbos – a time when all the Pesach preparations are completed a day in advance and we are able to relax on erev Pesach.

You can read Part 2 here.
(Picture courtesy of A Simple Jew)

Click here to get Dixie Yid in your e-mail Inbox.
Posted by DixieYid (يهودي جنوبي) at 6:31 AM

I look forward to read part 2 of this excellent series!