Don't Cause Yourself An Early Death By Wasting Your Life 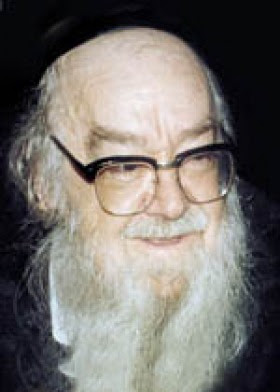 Over Shabbos, Rebbe spoke (based on a piece in Tiferes Shimshon [Pincus]) about the idea that one's potential self is actually "created" before he is. Not only that, every mitzvah, every bit of Torah, Tehillim and Chesed that one does is created before he or she is, in Shamayim. Then Hashem creates each of us with our own unique kishronos, talents and kochos, abilities, in order to bring those mitzvos that Hashem put in shamayim down to the earth. And he said that when we fail to do that mitzvah, learn that Torah, do that chesed, or when we fail to become the pre-created self that exists in Heaven, that mitzvah or Torah in shamayim is destroyed by our failure to reach our potential. When we don't become or do what we should, we should not only mourn for our failure to do something that we could have done. We should also mourn for the destruction of that image in shamayim of what we should have brought into the world.
I saw a similar idea in the 2nd piece in Tzav V'zeiruz, by the Piaczetzna Rebbe, Rav Kalonymos Kalmish Shapira. He says that every year one should write out a picture of what he plans to be the next year. One should write out what his attainments will be, what kind of avodas Hashem he will have, what aveiros he won't be doing, what he will have learned, how his davening will be, etc. Let's say a person's name is Chaim. He should use that picture of the year 2010 Chaim as a measure against which he should gauge how he's doing throughout the year. He can ask himself whether he actions, as they are going now, are such that they will allow him to become the 2010 version of Chaim that he set out at the beginning of the year.
He says that if, after the year, he sees that he has not even reached the heels of that 2010 Chaim that he imagined a year ago, then it comes that that this 2010 Chaim's life was shortened by a year. If one hasn't grown or worked at achieving an elevation of himself over the past year, then perhaps when one is 30 years old, the only "Chaim" that he will have brought to the light of this world will be the Chaim of 13 years old, when he was Bar Mitzvah.
What will happen when a person dies at the "ripe old age of 85?" If that person only worked on himself for about two years of his life, then the real him that he brought into the world only made it to the age of 15. And when someone dies at the age of 15, it is a big tragedy. That person should mourn the loss of the death of his potential at the age of 15.
In contrast, it says about Avraham, "And Avraham was old, he came with his days." What does this mean? He came to his death with all of his days up to that age. There was a potential Avraham in Shamayim that Avraham should have brought down into the world by the time he died and he succeeding in bringing all of those days with him as he approached the grave.
Rav Weinberger told over a story he heard from Rav Shalom Swadron in 1980. He said that Rav Shalom told a "ma'aseh she'haya," a true story, that all of the souls in heaven were given 30 minutes to come back to this world. During this time, they all rushed around to apologize to people they'd wronged during their lifetimes, to learn Torah, to say Tehillim, to give Tzedaka, to return a stolen object, etc. They had no time to talk to anyone because in the world of truth, they understood the value of these things and didn't want to lose a second. A bas kol came down announcing how much time they had left and they rushed more and more vigorously as the clock would down trying to squeeze in every good deed they could before they ran out of time. And as Rav Shalom reached the point when the bas kol was about to announce that the 30 minutes were up, he paused for a long time and then said...
"And nu, what would be so bad if we have more than half an hour in this world to take advantage of...?"

Picture of Rav Shalom Schwadron courtesy of ohrdaniel. Click here to get Dixie Yid in your e-mail Inbox or here to subscribe in Google Reader.
Posted by DixieYid (يهودي جنوبي) at 6:00 AM

>>>If that person only worked on himself for about two years of his life, then the real him that he brought into the world only made it to the age of 15.

This I enjoyed. Thank you and yasher koiach.

There's of course the famous saying of Reb Zusha miAanipoli who would say relate that when he arrives at shaar hashomayim they will not ask him why he wasn't MR but rather why he wasn't zushe.

I think in a way there is a maila to this ignorance of our potential. If we would truly know our chesronos and what we've failed to accomplish it could quite literally shorten our lives in a very gashmiusdik way, from pure shock or shame. This is why we limit such intense introspection to times where we have the kochos to deal with it and not become depressed - like krias shema shel hamita, elul and aseres yemei teshuva.

Great ma'areh makom! Thank you. That really says it.

You are right. This is sometthing for times of cheshbon hanefesh and cheshbon of time generally. It can't become a general attitude or it would break one's spirit.

I also enjoyed this very much.

But I wonder how the baal tshuvah "movement" applies. Or, for example a shoa survivor who becomes observant late in life. Is it a reclamation of kishronot, kochot, mitzvot...an effective but unconscious race to complete the work (as R' Ashlag referred to it)?

I'll give you a simple example as a possible answer. A baal teshuva is the only one (until moshiach comes) that is capable of uplifting chazer.

Today that the Bayis is not standing, even past aveiros which spur us to do teshuva, have the potential if it is the highest level of teshuva, from ahava, to take on the status of zchusim if not outright mitzvos.

And of course we all know hte famous maamer chazal - bmakom shebaal teshuva omed, ain tzadik yachol yaamod. Or something like that.