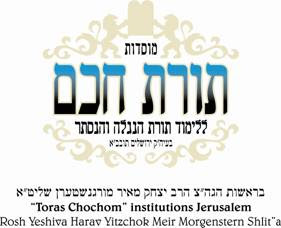 Justice is itself associated with Malchus / Kingship [since ‘dinah d’malchusa dinah’—the law of the land is the law].[1] During these days of repentance leading up to the Yomim Nora’im, each and every one of us must judge himself honestly to be able to crown Hashem as King over himself. The Maggid taught that one can see the outcome of his heavenly judgment on Rosh Hashanah by closely evaluating the quality of his Divine service here below. His own self-judgment of his Divine service, his own scrutiny of his thoughts and intentions during his Torah study and prayer, have a lot to teach him about what his judgment on high is like.

As the day of judgment draws near, we enter into the aspect of, “You shall make judges and officers in all your gates”—everyone is seized by fear and trembling of what is to come, since, “Who is considered righteous before You?” For this reason, the Torah teaches us at precisely this time to pursue “justice,” to follow the attribute of Malchus, “that you may live and inherit,” so that the Shechinah will bring us to make the yichud of the ultimate future—the “beautiful” yichud symbolized by the beis din yafeh.

..All that we have learned sheds light on the final subject of our parshah, that of eglah arufah: “If one be found slain in the land which Hashem your G-d gives you to possess it, lying in the field, and it be not known who has struck him... And they shall speak and say: ‘Our hands have not shed this blood, neither have our eyes seen it. Forgive, Hashem, Your people Yisrael, whom You have redeemed...”[1] But all of the Jewish people are responsible for one another—so how can the elders say that their hands did not shed this blood and their eyes did not see it? Rather, this comes to teach us that true repentance really does make it as though no sin ever occurred post facto. But this is only possible if one truly seeks out the Shechinah who waits for us to open our eyes and turn toward her.

The vessels through which we can receive the light of Shechinah are generated by looking at the letters of the Torah themselves and by visualizing the Divine Names. We must work to see that there is nothing but Hashem, while at the same time never being complacent in Hashem’s presence, but always feeling the healthy fear of transgressing even the most minor halachah. We must repent fully for all of the commonplace infractions and spend this month of Elul investigating whether our deeds are in accordance with the Shulchan Aruch. This has been the practice of the Jewish people—to check their tefillin and mezuzos during Elul, which is only a reflection of the rigorous checking that we have to do into our own hearts and actions. At the same time, during this month the tzaddikim focused on Hashem’s thirteen attributes of mercy and on the Shechinah, and sought the greater purpose of revealing Hashem’s glory throughout all of the world, to activate the final redemption.

Click here to get Dixie Yid in your e-mail Inbox or here to subscribe in Google Reader.
Posted by DixieYid (يهودي جنوبي) at 4:10 PM

is it possible to get toras chochom every week in email?

Sure, send an e-mail to tc7(at)neto.bezeqint.net and ask to subscribe. Hatzlacha raba, gut Shabbos, & kol tuv!

thank u very much