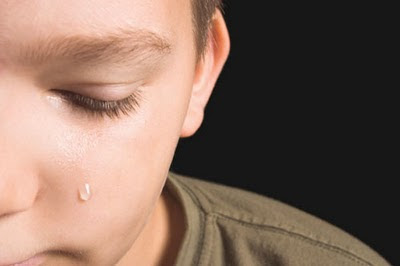 “And you shall not wrong one another, and you shall fear your G-d; for I am Hashem your G-d.”[1]

We need to understand the relationship between the “wronging” of ona’ah—cheating, in other words—and avodas Hashem. In this world there are numerous levels of cheating oneself and others in spiritual matters. For example, there are those who persist in such cheating for many years and it never even occurs to them that they are only fooling themselves. A person can even live out his entire life and never realize that he is living a lie. This is why the verse tells us, “Do not wrong one another, and you shall fear your G-d...” Being truly G-dfearing means always asking myself the question, “Am I really living in accordance with Hashem’s will or am I just fooling myself?”

This concept of ona’ah is also relevant to one’s connection with the true tzaddik. Even after a person has sought out and drawn close to the tzaddik, nevertheless he might still be fooling himself because he is not really searching for the ultimate truth. [In other words, he is close but he is not really exerting himself to follow all of the advice of the tzaddik.] However, since the amount of the “cheating” is, “less than a sixth of the value of the item,” the transaction is valid. This halachic principle has a spiritual application: the aspect of klippas nogah that affects this pseudo-chassid is nullified because the predominant closeness to the tzaddik far outweighs the degree of falseness within himself. (Although such a person often falls into the trap of his yetzer, nevertheless his constant efforts to keep a connection with the tzaddik protects him from falling into nogah completely.)

If a person is not close to the tzaddik but still refrains from engaging in controversy against him, it is as though the false part in him is exactly a “sixth of his total value.” He is caught up in the klippas nogah still; he is far from the truth and remains in great spiritual danger. In the halachic parallel, even though he must restore the extra that he hoodwinked from his customer, the sale is still valid. Although he will have to go through a great deal [of painful re-education] to rid himself of the falseness and draw close to the truth, nevertheless the good that he did, his Torah and mitzvos, have eternal value. Yet there is a third person who actively engages in conflict with the tzaddik, and his “cheating” is “more than a sixth of the total value.” When a person makes machlokes on the true tzaddik, the falseness inside of him overwhelms the good, and he will have to go through as many reincarnations as it takes until he attains his tikkun. He does not have true ownership over his Torah and mitzvos [since all kinyanim are from the tzaddik], and his “sale is invalid.”[2]

The tzaddik is the “son who searches through the King’s treasuries.” There are those who can give lectures on the Torah’s secrets and Kabbalistic meditations on the Divine Names, yet nevertheless remain immersed in crass materialism. If, at the very least, they don’t fool themselves completely and still want the truth—that the light of the Torah and the light of the tzaddik should purify them—they are like the cheater whose ona’ah is less than a sixth of the total value. The tzaddik can still uplift them until they find their atonement. And even if such people speak a great deal about Kabbalah but are completely dishonest with themselves and others, as long as they do not engage in controversy against the tzaddik they can still find their tikkun.

If, however, a person argues against the power of kedushah altogether—as though he does not need the inner dimension of Torah or any connection with Rabbi Shimon bar Yochai, or even dveikus itself—and imagines that life in this world is altogether better without focusing on avodah at all, then his “transaction” is invalid, G-d forbid. In truth, there aren’t really people like this, because the Torah tells us clearly, “You are children to Hashem, your G-d.”[3] Every single Jew longs to nullify himself before Hashem, every single Jew wants to search through the King’s treasuries, to “see the countenance of the Master, Hashem.” “What does the verse mean when it refers to the ‘countenance of the Master, Hashem?’—this is Rabbi Shimon bar Yochai.”[4] Every single Jewish soul longs to be a part of the holy path of Rabbi Shimon bar Yochai, the path of “seeing the countenance of the Master, Hashem.” It is the path of only wanting to achieve closeness to Hashem, and forgetting the pursuit of money and all of worldly desires. “My soul longs for G-d; when will I come and see the face of Hashem?”

“Blessed is our G-d who created us for His glory and gave us a Torah of truth.” ברוך אלקינו שבראנו—“Blessed is our G-d who created us”—has the initials באש—“in fire.” This is the fire of the holy Tanna, Rabbi Shimon bar Yochai, who descended to this earth like a fiery angel from heaven to rescue the entire world from judgment and help us prepare ourselves to receive the Torah with fiery enthusiasm. The Mittler Rebbe of Lubavitch taught that Lag B’Omer is the main time to draw down chassadim for the entire year. The Chessed-conduct of the Shem HaVaYaH that is required to overcome the Din-conduct of nature and the Name Elokim is brought down by learning the Torah’s secrets. This was the path of Rabbi Shimon bar Yochai—that the inner essence of reality should shine through its external covering so that we can see Hashem in everything. “Uncover [גל = ל"ג] my eyes and I will see wonders of Your Torah.” I will see נפלאות—wonders—which are נ' פלאות—the wondrous joining of Chochmah and Binah that happens when the fiftieth gate opens. These two paths parallel the two redeemers, Moshiach ben Yosef and Moshiach ben Dovid, and they are revealed when the light of the future world is made to shine.

Picture courtesy of scottcounseling.com. Click here to get Dixie Yid in your e-mail Inbox or here to subscribe in Google Reader.
Posted by DixieYid (يهودي جنوبي) at 5:04 PM