The Greatness of Teshuva and the After-Effects of Sin 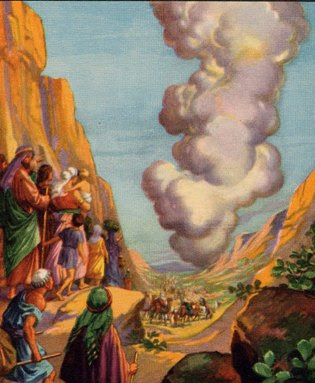 One reason for my paucity of postings recently over the past number of months are the paltry presence of pauses in the perpetual amount of work I have to do.

When I am able eke out a thought about something I would like to share, I just don't have the time to write and provide sources the way I would like to. I think that a post has a lot less "value added" when it expresses what could be described as a mere "boich svorah."

Nonetheless, this blog is dead if I don't even share what little I have to share from time to time so here's one thing I was thinking about at the end of last week on parshas Ki Sisa:

A couple of things popped out at my as requiring an explanation. One is that Moshe comes down from Har Sinai after 40 days of communion with G-d without food or water shining with light after his second time on Har Sinai, but not after the first time when he received the whole Torah. Why only the second time? It would seem that the revelation of the whole Torah would be a bigger experience than achieving forgiveness for the sin of the egel hazahav.

The second thing that bothered me a bit was Moshe's mask and moving outside the Jewish people's encampment. While we hear about Moshe judging the people and people coming to him before this, there was, I think, a lessened ability for Moshe to relate to the people after Moshe's face began shining with light and people could only being able to talk to him if he wore a mask. It's kind of hard to become close to a person who's speaking to you from behind a mask (an observation which is true for both literal and figurative masks). Also, Moshe no longer even lived among the Jewish people because he went outside the camp and the only time a person could see or speak to Moshe was if he was a "mevakesh Hashem" and went outside the camp to Moshe's tent, the "tent of meeting."

It occurred to me that as great as the hisgalus Hashem must have been for Moshe to receive the Torah, and as high in shamayim as Moshe must have gone to bring the Torah down to the earth, this did not create the beams of light for Moshe, and it did not create a big separation between him and the Jewish people.

But attaining mechila, forgiveness, for the Jewish people, did accomplish that. This perhaps means that Moshe had to ascend even higher than the Torah during his second sojourn on Har Sinai to achieve forgiveness for the Jews for the cheit ha'eigel. It shows that Teshuva comes from an even deeper place than Torah. But that mechila came with a price for the Jewish people though. It created a separation between the Jews and Hashem (because He told them he would no longer lead them in the desert, but that an angel would instead) and it created a separation between themselves and Moshe (who then could only talk to them through a mask and who had to move out of the encampment of the Jewish people).

Teshuva is the highest thing in the world but it comes with a price. Even after teshuva does its miraculous work, the aveira still leaves its mark and creates a separation that cannot quite be bridged. Better not to create the separation to begin with...

Click here to get Dixie Yid in your e-mail Inbox or here to subscribe in Google Reader.
Posted by DixieYid (يهودي جنوبي) at 10:11 AM

Wow! Thank you so much; that was amazing! Good luck with all your work! Hatzlacha raba