Mashiach Did Not Arrive -- Again - Must Read Article by Jonathan Rosenblum 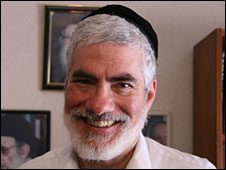 Jonathan Rosenblum wrote a fantastic column which appears in this week's issue of Mishpacha Magazine. A must read. See below for the beginning and please click here to read the full article, which I recommend. HT Rabbi Yakov Horowitz.

The phenomenon of chareidi soldiers in uniform, or even out of uniform, being verbally accosted and made to feel otherwise unwanted has spread far beyond Meah Shearim. Wallposters against "chardakim" (chareidim da'at kal) can be seen in chareidi neighborhoods around the country, with religious soldiers in uniform portrayed as missionaries. These attacks by chareidim on one another recall nothing so much as the bitter internecine fighting in Jerusalem that preceded the destruction of the Second Temple.

Rabbi Ben Tzion Kokis once pointed out at a convention of Agudath Israel of America, that then too those attacking their fellow Jews did so in the name of their greater faith. The zealots destroyed the firewood and water that would have permitted Jerusalem to withstand siege for years, in order to force a direct confrontation with the vastly superior Roman forces, and they accused Rabbi Yochanan ben Zakkai and the chachamim of lacking faith in Hashem's power.

If today we again find such bitter divisions within the chareidi community itself, can we really hope that the sinas chinam for which we entered this long galus will soon end.