Two Stories of Seeing the World Through the Eyes of Heaven 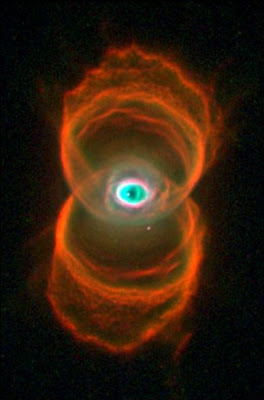 Ashreini she'yesh li Rebbe kazeh. I feel fortunate to have the rebbe that I do. He has such a unique take on things that simply reveals that he does not see the world with the same eyes that you or I have. We see the world through the eye of the "I." However, Tzadikim look at the world with "himildike oigen," the eyes of Shamayim, Heaven. I'll give two examples.

When people hear of or see a Chareidi or frum person doing something wrong, the first reaction that virtually everyone has is, "What a hypocrit! This guy pretends to be so religious/frum for the outside world, but it's just a show. He's a faker. Really, inside he's a thief/pervert/whatever."

My rebbe often asks, "Why is it that people only call someone a 'hyprocrit' for being a religious hyprocrit. You never hear people seeing someone doing an aveira and saying, 'Hey, who do you think you are doing such an aveira?! You're such a tzadik! A Tzadik like you shouldn't be such a hyprocit by doing that aveira!'"

I have come across a couple of instances of frum people doing dishonest things recently and this perspective is a great one for how to see those kinds of things. It helps me see that frum people who do bad things are basically good people ("Haneshama shenasata bi, tehora hi," "[Hashem], the soul that you placed within me is pure"), but that they had a weak moment in their area of ta'ava. Can I say that I am any better than them in my area of ta'ava?

Another instance of my rebbe seeing the world with a different level of vision than "regular" people:

He told over that he was speaking with a bachur, a young man, who was distressed over the things he, himself, was doing. He came to speak to my rebbe and the young man told my rebbe, "I hate myself. I really hate myself." My rebbe responded, "That's impossible. You can't." the bachur answered, "No rebbe, you don't know. I really hate myself." At this point, if the young man was speaking to me, I wouldn't know what to say. I would probably have just wallowed in misery with him. However, my rebbe responded, "It's impossible. You cannot possibly hate someone that you've never even met."

Ashreinu u'ma tov chelkeinu, fortunate are we and how good our portion who merit to learn how to see the world (or rather, see through the world) from great Tzadikim!

Click here to get Dixie Yid in your e-mail Inbox.
Posted by DixieYid (يهودي جنوبي) at 5:50 AM

Yasher koach for sharing that! A truly excellent approach!

Let's not mix apples and oranges. You're discussing what the person doing the aveira should do. Of course, in order to lessen the chilul Hashem inherent in the aveira, a person should try to lessen the public-ness of the aveira.

However, that wasn't the topic that was being brought up. The topic here was the approach people take when they see another person doing an aveira. With a sense of ga'ava, arrogance, most of us think of the avaryan as a hypocrit, who pretends to be good on the outside, while he's really rotten on the inside. The insight here is that that's the wrong attitude. The avaryan, in his area of ta'ava, has been weak and done something wrong. But he probably strives to be good and rues the fact that he has been so weak as to not live up to his own good nature, deep inside. The point is to look at those who do aveiros as really being holy Jews inside, but who have, nebach, been weak and gone off the path in one area or another. But we should not be so superficial as to look at the aveira as the *real* him, but rather at the Tzadik inside as the *real* him.

In the merit of judging others are good, whose evil side is only external, may Hashem judge us favorably and see *our* aveiros as only an external shell.

The very fact that the outside does not match the inside hi gufa is the definition of hypocrisy.

Hope that clarifies it for you.