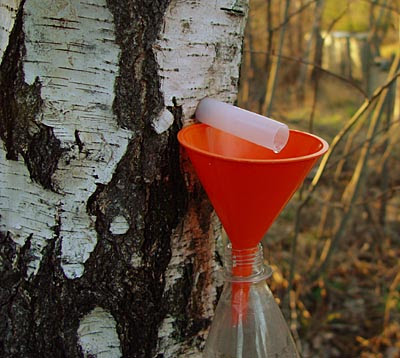 As we approach the “Rosh Hashanah of the Tree,” we must return to the avodah of uniting the Divine Names HaVaYaH and ADNI, for their combined numerical value is equal to that of אילן or “tree.” [26 + 65 = 91] It is upon this “tree” that all of the fruits through which Eretz Yisrael is praised grow, and the last of them is the date which alludes to the Shechinah that is hidden within the lowest level of the world of Beriyah and needs to be uplifted. Amalek sought to uproot the tree, meaning they sought to interrupt our ability to make this yichud. They were willing to leave us to study Torah as long as we abandoned the true purpose of Torah study, which is to connect to the Creator. Amalek’s object is to “darken the face of the Torah,” but the tzaddik continues his seeking after Hashem’s presence without interruption, so that Hashem should rule alone over all of His creation in a revealed way, immediately. The tzaddik devotes himself to rescuing the Torah from her imprisonment by revealing its secrets and light to the world as a whole. Even though every form of self-sacrifice is very precious to Hashem, the highest form of mesirus nefesh is that which is on behalf of the Torah itself, that all of its parts and secrets should be revealed. The great self-sacrifice of Nachshon ben Aminadav for the sake of the Torah is precious, but it only can happen by virtue of the self-sacrifice of Moshe Rabbeinu who devoted himself to the Torah’s secrets, who “split the sea of wisdom.”

Self-sacrifice for the sake of the Torah’s secrets does not mean, as some might believe, for “Kabbalah.” Rather, it means absolute devotion to the simple meaning of the Torah as well, each person in accordance with the root of his own soul, to the aspect of the Torah that is “hidden” from him because he has not yet penetrated it. Each concept that is still a secret for a person is called “the Torah’s secrets,” because no one has ever really sacrificed himself to the utmost extent for the Torah, in accordance with her worth. As the Baal Shem Tov taught, “‘Hashem’s Torah is pure’—she is still pure and whole, no one has yet so much as touched her.”[1]

This is a reflection of the teaching of the Zohar, that one must break through the besulim and the hidden aspect of the Torah. The Torah anxiously awaits the tzaddik who will come and break through the barriers so that her light can be revealed throughout all the world. This is why the exile goes on; because the Torah is hidden among the klippos, but to the degree to which each person works to release her from her exile, so too will he merit to see the light of Hashem that rests upon the head of each and every tzaddik. Then he too will be able to devote himself completely to the Torah as well, so that the barrier between Atzilus and Beriyah will be split and Hashem’s glory will be revealed everywhere.

The Bones of Yosef

A person must never say that since he manages to devote part of his time to Torah study he is doing enough. This kind of complacent attitude is not characteristic of the person described in the verse, “Those who diligently pursue Me [who darken themselves with effort and who wake early to study] will find Me.”[2] [The root word שחר indicates all of these things.] A person must “darken himself” for the sake of the Torah and dedicate himself body and soul above all reasoning and understanding.

We can see the difference between the former attitude and the latter manner of the tzaddik when we examine what happened when the Jewish people left Egypt. The Jewish people busied themselves gathering up the wealth of Egypt—gold and silver represent the emotive attributes of fear and love of G-d—but Moshe Rabbeinu was only preoccupied with gathering the bones of Yosef to bring them out of Egypt. The bones of Yosef represent the essence and ultimate truth of Divine service [עצמות = עצם], which is unifying Hashem’s Name and revealing His glory throughout the world. Moshe Rabbeinu was like the simple baal habayis who spends all day at work and grabs whatever time he can at night to learn so that he can have some connection with the holy Torah beyond all reasoning and understanding. This is the inner meaning of Moshe marrying “the Cushite woman.” He “darkened himself” for the sake of bonding with the Shechinah who is hidden in dark and deep places, and in return he merited to reach the level of Reisha d’Lo Isyadah, of “the head that is not known,” the highest awareness of Hashem that transcends all knowledge and understanding. This is the Shem HaVaYaH that rests upon the head of each and every tzaddik. May Hashem help us to magnify the glory of His Name, and may we merit to uplift the Shechinah from the depths of her imprisonment and dress her in garments of honor and glory, until we merit to see “eye to eye, Hashem’s return to Tzion.” Speedily and in our days, Amen.

Picture courtesy of cybis.se. Click here to get Dixie Yid in your e-mail Inbox or here to subscribe in Google Reader.
Posted by DixieYid (يهودي جنوبي) at 10:33 AM