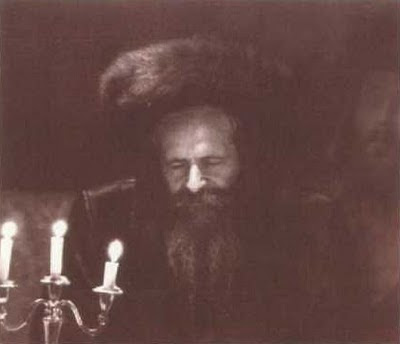 When a Jew spends time in hisbodedus before his Creator, he closes his eyes so as not to be enticed by the illusory pleasures of this world because he doesn’t want to be connected to them. He knows that, for him, the “sweetness and light” of the Egyptians is absolute darkness, and the “darkness” of his avoidance of the temptations of this world is, for him, “light in his dwelling places.” When he closes his eyes in this way, he is able to see the brilliant hues that are rooted in the “hidden mind” of Mocha Sesima’ah, and he begins to derive pleasure from spiritual reality, from the fact that Hashem is revealed through a myriad of shades and hues of dveikus. He starts to feel Hashem’s light and glory within himself, and how all of the pleasures of this world are null and void, are like a mere sliver of light, compared with the delight of dveikus that is a composite of all possible forms of bliss.

“The Torah was only given to those who ate of the manna.”[1] The manna itself was rooted in the level called the “holy flame” or Mocha Sesima’ah as well, because it too was white which is a composite of all shades. This was expressed in the fact that those who ate of it could taste in it any flavor that they desired, just as Hashem’s light comprises all of the pleasures that are possible. So when a person seals his vision against the illusory nature of this world, he rises to the place of the “airspace” and its “membrane,” which is really the source of the human soul and its throne of glory. In that place it can be said, “From my flesh, I see G-d.” One begins to enjoy a vision of the ultimate Kisei HaKavod upon which the “form of a person sat.”[2] [Although he does not share the lofty vision of Hashem seen by Yechezkel HaNavi, nevertheless] he begins to get a sense of the presence of Hashem before whom he serves, just as the tzaddikim were able to “see” themselves serving before Hashem’s Kisei HaKavod as they prayed.

The final three plagues parallel these three states of dveikus: first, a person must meditate and be misboded on the expansive Binah light of Hashem. Then he must ascend to the place of the “hidden mind” which is the counterpart of the holy darkness of turning aside from this-worldly concerns to receive “light in all his dwellings.” With this, he destroys the klippah of the impure firstborn and rises further to the place of the “membrane of the airspace” and the “airspace” itself which correlates to the level of the Da’as of Atik and which reveals to him the source of his neshamah that “sits upon the throne.” The entire process is embodied within the blessing Asher Yatzar which is known to subdue all of the klippos. “It is revealed and known before Your Kisei HaKavod...” Meaning, through coming to the level of the Kisei HaKavod, we are able to subdue all of the klippos and utterly “smite Egypt through their firstborns.”[3]

CLICK HERE to get Toras Chochom on Parshas Bo.

CLICK HERE to get Toras Chochom on Parshas Bo in English.

Picture courtesy of A Simple Jew. Click here to get Dixie Yid in your e-mail Inbox or here to subscribe in Google Reader.
Posted by DixieYid (يهودي جنوبي) at 11:07 AM